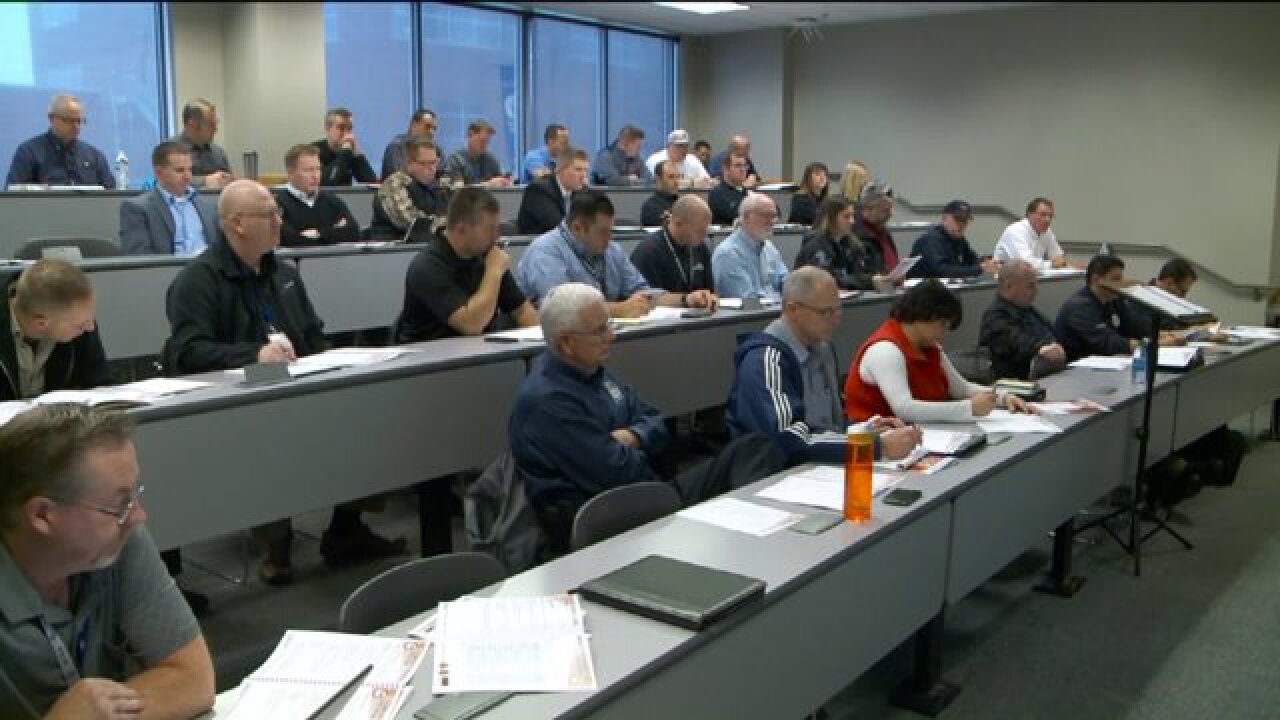 SALT LAKE CITY -- A new state program aims to fight terrorism by training people to spot signs of terrorist activity before a plot is carried out, and the Utah Department of Public Safety hosted the first Community Awareness Program (CAP) class on Thursday.

The first students of the one-day course included a mix of law enforcement officers.

“These officers will go over case studies of previous terrorism incidents,” explained Brian Redd with DPS.

In breaking down the events, the class looked at possible indicators that led up to each plot. Events included domestic and international terrorism. Then, they went over tools and how to spot the signs and suspicious activity that could point to a future event, and then discussed how to stop it.

In the average citizens’ case, that means reporting it to local police. From there, DPS said, potential threats get sent to the Statewide Information and Analysis Center (SIAC).

SIAC takes a look at the information, analyzes it and decides how to move forward.

It’s a relevant class for every community, state officials say.

The country’s seen the violence, like December’s mass shooting in San Bernardino, California by a couple with terrorist ties.

A shooting, they said, that this kind of training could have made an impact on.

“The fact that there were neighbors that were seeing things that may have been a little suspicious or a little off, yet they did not come forward,” Redd said.

Park City police sat in on the CAP session, soaking in that information.

“It could be tremendously important for us,” Captain Phil Kirk said. “We have so many big special events up in Park City.”

He said they plan to train citizens and city employees, right down to bus drivers.

“That's one of our big pushes is train internally with many of our employees that are out there,” he said. “Bus employees are terrific because they're out there, seeing just about everything.”

While taking a class to learn how to spot signs of terrorism and how to stop it can help local residents stay alert, the state said the CAP course is also about strengthening the bond between police and the community.

DPS said they hope Thursday’s students will turn around and teach the course to citizens in their respective areas. The state also plans to host more CAP classes in the future.