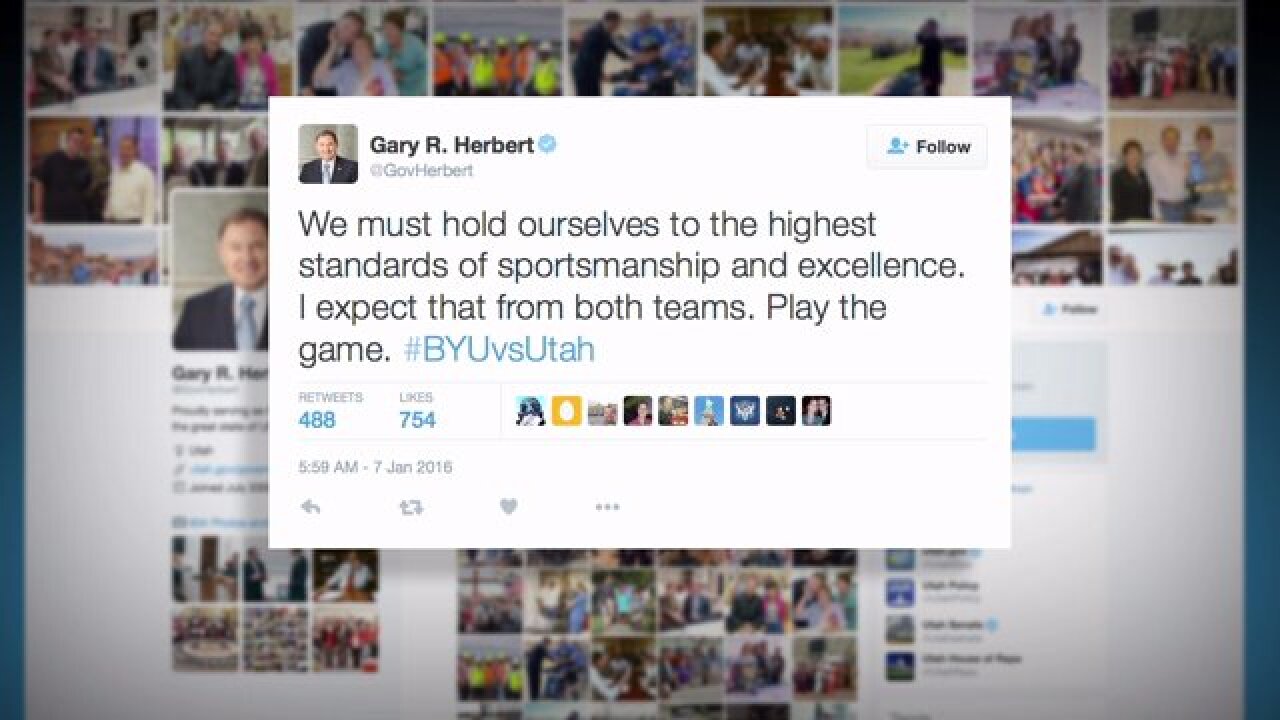 SALT LAKE CITY - The day after the University of Utah announced its plans to cancel its 107-year-old basketball rivalry with BYU, fans and local politicians weighed in.

"To see that only World War II had interrupted this prior to this, those are big decisions," said Utah Speaker of the House Greg Hughes, a Republican representing District 51. "I worry how it will impact the public."

Even Utah Governor Gary Herbert weighed in at one point Thursday morning, tweeting out: "We must hold ourselves to the highest standards of sportsmanship and excellence. I expect that from both teams. Play the game."

Speaker Hughes said constituents had reached out to him to see if there was possible legislative action that could be taken to ensure the basketball rivalry would continue.

“Tax payers pay for the University of Utah, and so there’s a natural reaching out to me,” Hughes points out.

He wouldn't specify what kind of action could be taken, but he did confirm previous measures were considered for the football rivalry.

"There had been some bill files that would look to influence this by statute that say, 'look, you got to play,'" Hughes adds.

However, not everyone on Utah's Capitol Hill agrees with the Speaker's assessment.

Senator Dabakis, a BYU graduate but a self-proclaimed University of Utah fan, doesn't believe sports and politics belong in the same sentence, at least not when it comes to this rivalry.

He said: "I say legislature hands off basketball, hands off the football, basketball. Leave it up to the professionals.”