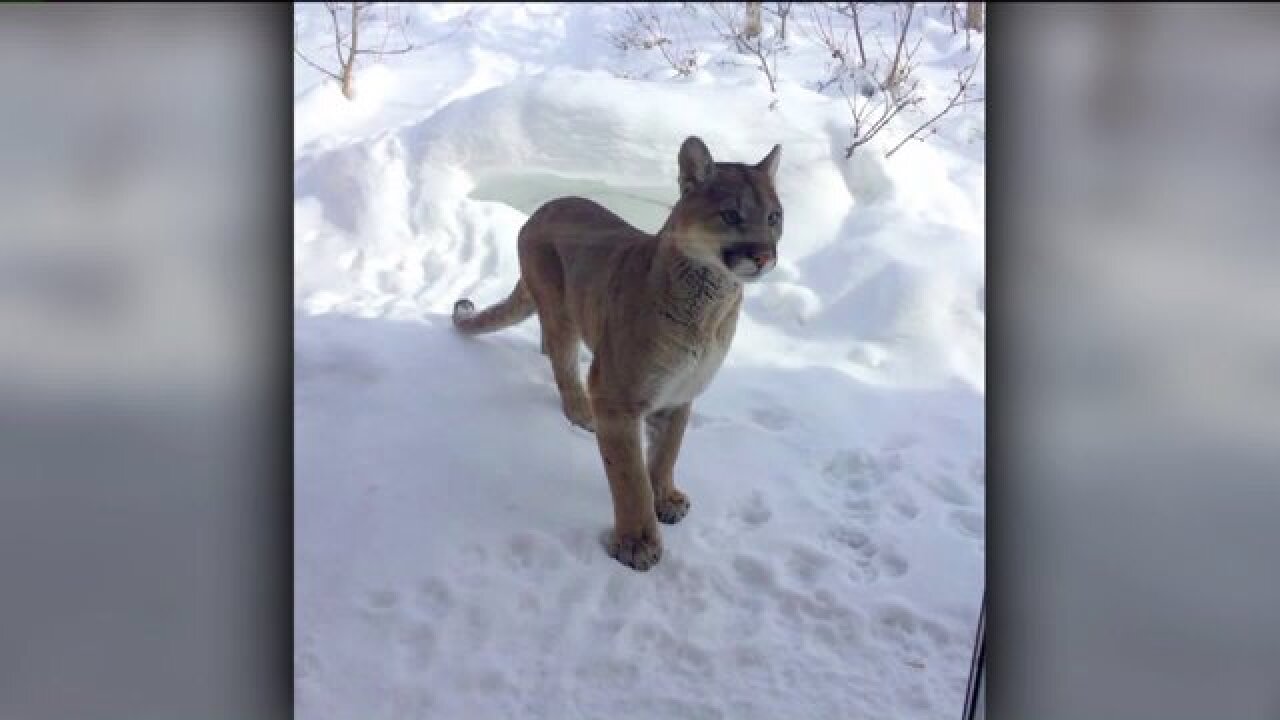 SUMMIT COUNTY, Utah -- A Summit Park family woke up Sunday morning to find two of their dogs had been attacked by a mountain lion. One animal was injured while the other was killed, and personnel from the Division of Wildlife Resources ended up killing the cougar before it could hurt any other pets.

Heidi Hewitt, who also lives in Summit Park, got video of what residents believe to be the same cat, walking around her house on Saturday.

“It was very, very calm, it just lumbered on my patio like it was just out for a casual stroll," Hewitt said.

Hewitt said it’s the first time she’s ever seen a cougar on her property.

"As pretty as the cat was, I was really in awe that it was right there, I kind of wanted to pet it, but I was terrified to even open my door,” Hewitt said.

Hewitt’s decision not to go near the cat was smart, because later that night, neighbor Susan Lee Strauss says the same cat killed one of her dogs and injured the other.

"I went to pet Casper, and he started whimpering really badly, and I turned on the light and saw blood all over our comforter,” Strauss said.

Strauss said the head of her black lab pointer mix, Casper, was actually in the mountain lion’s mouth.

“How he got out of it is just beyond miraculous,” said Strauss as she pointed out the puncture wounds surrounding Casper’s head.

Strauss’ other dog, an Australian shepherd, wasn’t as fortunate. The mountain lion had carried her off. When Strauss went searching, she came face-to-face with the cat, sitting under a deck, in her neighbor’s back yard.

“She stood up and started to growl: I got out of there, I didn’t want any part of it,” Strauss said. "It was scary, and it was pretty stupid of us to be that close, but we were looking for our dog."

Strauss called the DWR, who euthanized the cougar with one gunshot to the head. Underneath the dead cat, Strauss found her dog’s body.

“You couldn’t make out her face at all,” Strauss said. “It’s horrible, and telling my 10-year-old was even worse.”

Residents say when you live in the wilderness; you have to understand the risks that are sometimes right outside your window.

“It’s part of when you’re living in Summit Park, it’s what happens, it was just very close to home and it was pretty brutal,” Strauss said.

For more information on how to protect your family from wildlife, visit Wild Aware Utah.