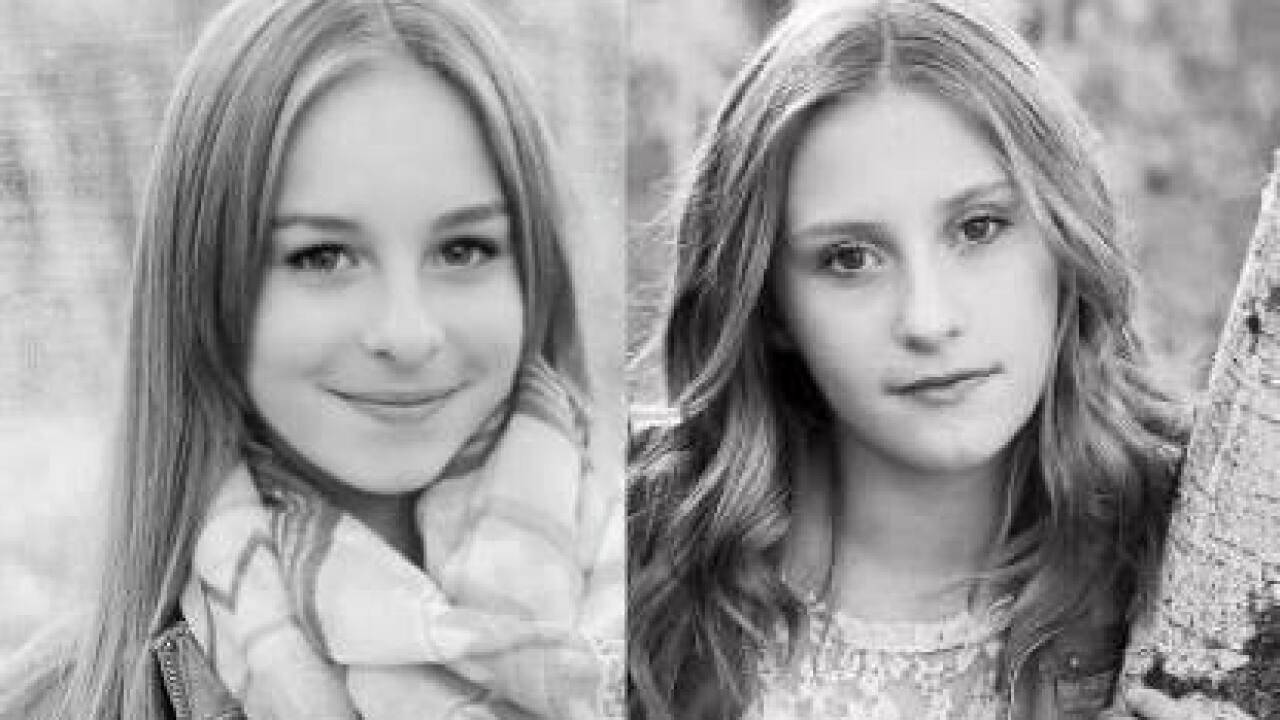 UTAH COUNTY -- Two teenage girls reported missing in 2014 were found in Pleasant Grove early Sunday morning, and their mother was booked into jail on a few charges.

Michelle Wolferts said she’s been living with her daughters, 16-year-old Sydney and 15-year-old Danielle, since shortly after they disappeared in July of 2014. In the nearly year-and-a-half span, she said, they’ve jumped from home to home, finding people who would let the three stay with them.

From her perspective, she said she was doing what she saw was best for her daughters. But it was also against the law because Wolferts doesn’t have sole custody of the girls. Instead, their father, Brian Wolferts, is charged with taking care of the pair.

When a tip led police to come knocking around 3:30 a.m. Sunday at the door of the Pleasant Grove apartment they were staying in, Wolferts said she “just hugged them and told them everything would be OK.”

She said they were staying with a “family friend,” at the complex near 170 South Pleasant Grove Boulevard.

Wolferts explained why she lived with her daughters in secret, when she had reported them as missing to police in the first place.

“I feel like this amount of time was the only thing that would save them,” she said. “They needed to have some peace.”

YouTube videos posted during the months spent missing make claims of abuse, and are filled with pleas by the girls to let the courts live with their mom.

“Our dad is abusive, and terrifying at times,” Sydney said. “He’s constantly lying and people believe his lies.”

Brian Wolferts said in an episode of Dr. Phil last year that what the girls said wasn’t true in those videos—and that Michelle was the one behind their claims, not them.

Michelle said Brian had moved to Topeka, Kansas in 2013. Several months in, she said, Danielle and Sydney came to visit her in Utah for summer break.

While there, she said they told her they didn’t want to leave, and they disappeared.

“I just want them to be happy, secure, feel like they’re listened to,” Wolferts said.

According to Orem Police, on July 11, Wolferts claimed she dropped the girls off at the University Mall in Orem at 3 p.m. and went to pick them up at 6 p.m., but they never showed up.

Police listed the girls as runaways.

“After countless hours of searching and gathering up leads, the girls were not found,” Orem police stated. “It was our opinion that Michelle was harboring the girls.”

Orem Police Lieutenant Craig Martinez said it turned out their hunch was right. They just wanted to make sure the girls were safe and sound.

“I’m sure it’s hard for them. Fifteen, sixteen years old, you don’t want to have to go through this,” he said. “We just want to do what’s best for them.”

He did say there’s a process Brian Wolferts will have to go through to get the girls back, and that it could take weeks.

“They obviously have rights, we would like them to voice those concerns to us,” he said. “Right now, they won’t say anything.”

Ultimately, he said, their job is to enforce the law, the one Wolferts broke. And that’s return the girls to the parent who has custody.

Lt. Martinez said Brian Wolferts will most likely be working with DCFS for a slow integration for the girls back into their home.

As for Michelle Wolferts, she was booked into and then bailed out of the Utah County Jail on misdemeanor charges of custodial interference, housing assistance fraud and filing a false report.