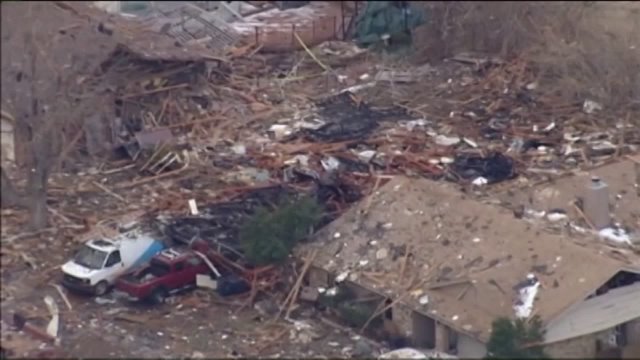 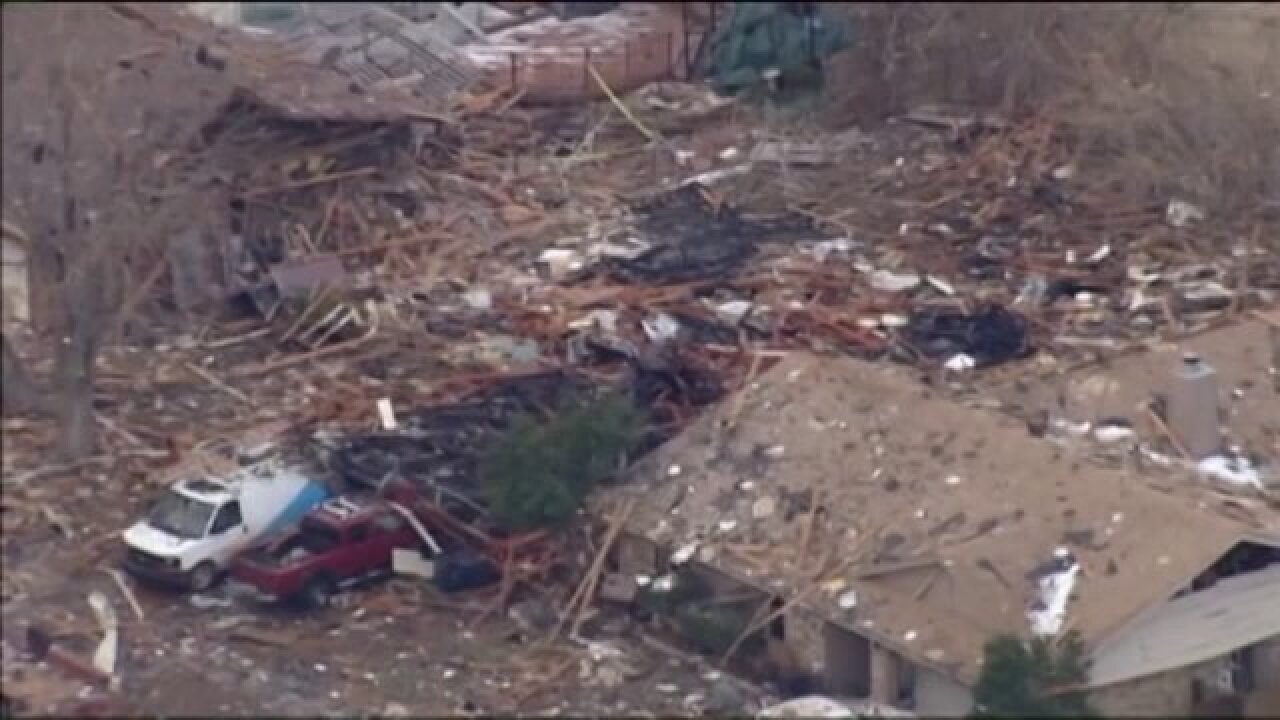 OKLAHOMA CITY -- Authorities say three people were hurt and at least 50 homes were damaged when a house exploded in Oklahoma City.

A natural gas crew was reportedly working on the home when a fire started near a gas meter, which led to the explosion.

Fire officials say a man who was inside the home was thrown from his bed, and he is being treated for minor burns.

Eight homes in the neighborhood were evacuated and two other people were taken to the hospital for difficulty breathing.

People who live near the area say the explosion could be heard several miles away. See the video above for images of the aftermath.