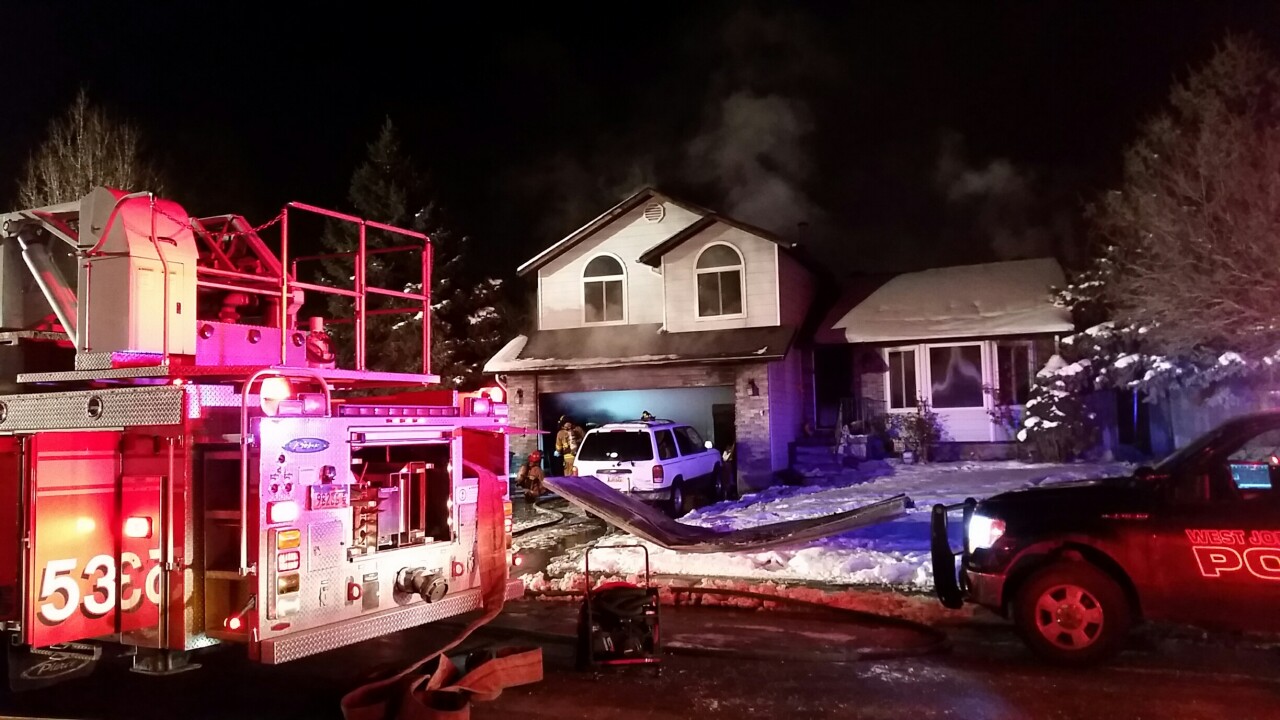 WEST JORDAN, Utah -- Three police officers were treated for minor smoke inhalation and a suspect was taken to a hospital Thursday night after cops responded to a call about an armed domestic violence situation.

Officer Ian Adams with West Jordan Police said two officers originally showed up to the home in the area of 6700 South and 3200 West after the call came in around 5:45 p.m.

"It was a very chaotic situation," he said.

The two other family members in the home reportedly had already fled.

Adams said the officers, "contacted the suspect, who was in the process of lighting the house on fire."

The blaze began to grow, and he said the man put up a fight with officers while still armed with weapons.

"A fight ensued while the fire burned around our officers," he said. "They were eventually able to get the suspect out, still struggling, out of the fire."

Fire crews arrived on scene of the now two-alarm fire.

In all, three police officers at the scene were treated for minor smoke inhalation, but none of those officers required medical transport.

As for the yet-to-be-identified suspect, West Jordan Fire said he was taken to the hospital with serious but not life-threatening injuries.

They said the home is a total loss, but considering the circumstances, police know it could have been much worse.

"Those two officers absolutely put their lives at risk tonight inside a burning home, simply to remove the suspect from the home so he didn't burn to death," Adams said. "They saved his life, but they put their own lives at risk while doing so."

FOX 13 News has a crew at the scene, and we will have more information as it becomes available. Tune in to News at Nine Thursday for the latest updates on this story.