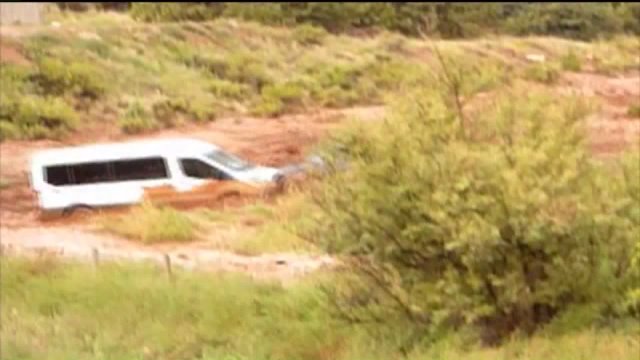 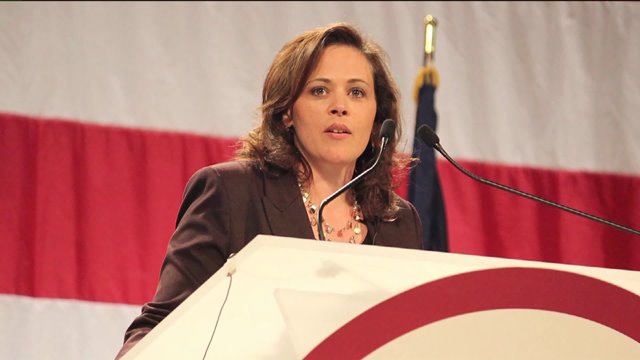 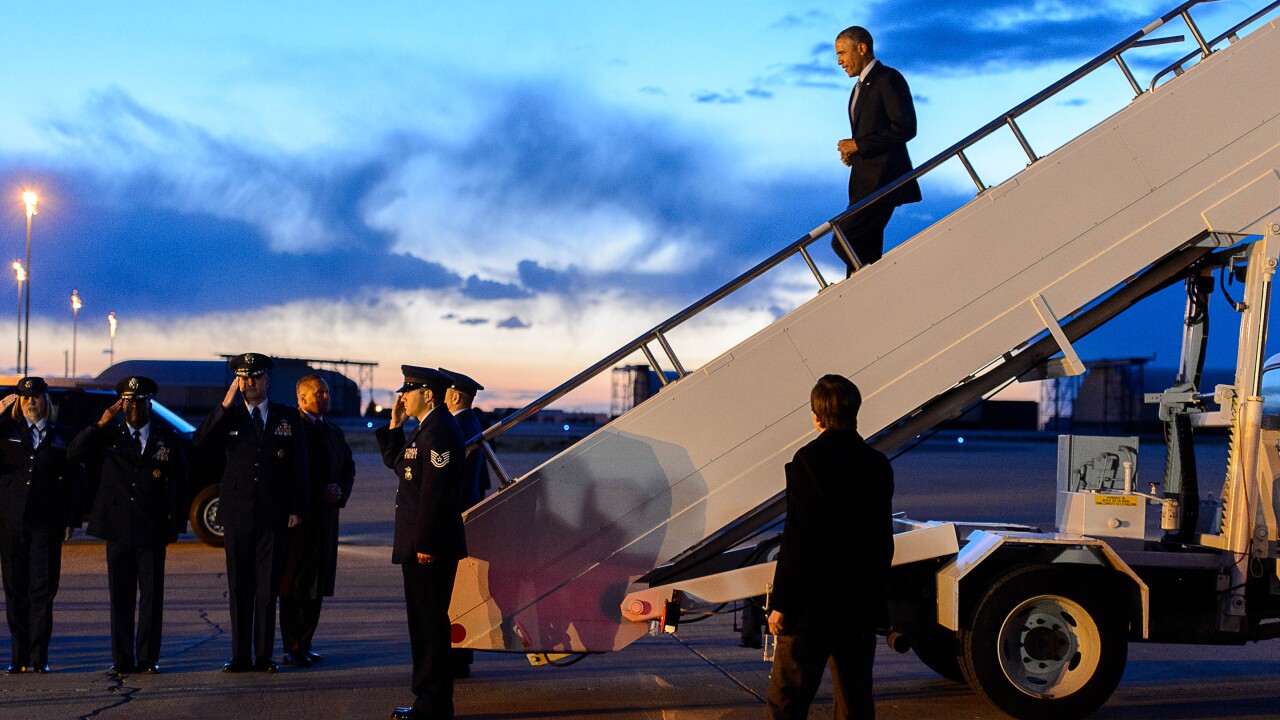 SALT LAKE CITY – The folks at FOX 13 work hard to bring you the news each day, and, with the year drawing to a close, we asked users of our website to tell us which stories from 2015 impacted them the most.

Now, the votes have been tallied, and FOX 13 News' Todd Tanner takes us through the Top 10 stories in the video above.

No. 10: Man leaves rifle at Utah State Capitol as part of gun protest

On October 15, a man walked into the Utah State Capitol and placed a package containing a rifle in the middle of the rotunda, then left. The action prompted an evacuation of the building, and police began looking for answers.

“We want to find out what his issues are, what his motivations were, and why he did this,” Keith Squires of the Utah Department of Public Safety said as they investigated the incident.

Authorities later identified the man seen in the surveillance video as Cameron Crimefighter.

“He is against gun violence and he is concerned with recent victims, and shootings that have occurred,” Maj. Brian Redd, Utah Department of Public Safety, said of the man’s motive.

Ultimately, no charges were filed against the man.

President Obama came to Utah in April, and after staying the night in Salt Lake City he delivered a speech at Hill Air Force Base regarding a job creation program revolving around clean energy.

“You know you feel butterflies in the stomach a little bit, this is the President of the United States after all,” Salt Lake County Mayor Ben McAdams said of the presidential visit.

During his remarks, Obama said in part: “What I’m doing here today is to highlight the fact that the solar industry is actually adding jobs ten times faster than the rest of the economy.”

The visit to Utah, Obama’s first since he was elected President, lasted just 16 hours.

No. 8: Becky Lockhart, Utah’s first female Speaker of the House, passes away

Becky Lockhart, who served 16 years in the state legislature and was Utah’s first female Speaker of the House, died January 17 at her home in Provo, shortly after being diagnosed with a rare neuro-degenerative disease.

“Really, in 30 days, we went from knowing there was something serious, to Becky passing away,” Stan Lockhart, Becky’s husband, said after her death.

No. 7: Tragedy at Bear Lake leaves four dead, others share story of survival

Doctor Capener’s wife, Kathryn, survived, along with two young family friends who stayed in the cold water for more than two hours before being rescued.

“Me and Tiffany, we were like screaming prayers out to each other because we can't hear each other even holding onto each other,” survivor Tylinn Tilley said of their time in the water.

Click here for more on the accounts from the survivors.

“It is with personal regret, that I announce today, Chief Burbank's departure from Salt Lake City government; the chief has fallen below my expectations,” Becker said.

Becker said Burbank failed to act quickly on sexual harassment complaints made by three female officers against a supervisor, who Burbank kept on the payroll for several months until that supervisor retired.

Burbank said at the time he suspected the ultimatum was politically motivated, as Becker was in a re-election battle against now mayor-elect Jackie Biskupski.

“I have always made my decisions based on what I personally believed to be correct, not what is politically going to fly well,” Burbank said at the time.

The three female officers who made the sexual harassment claims later accepted a settlement and dropped the lawsuit.

Jackie Biskupski challenged incumbent Ralph Becker for the position of Salt Lake City Mayor, and both Democrats were nearly even in the polls leading up to the November election. But, when all the votes were counted, Biskupski won by three percent.

“It's very meaningful, on many levels,” Biskupski said of the election. “…Why not a woman? Why not a lesbian? Why not a single mom?"

No. 4: Baby Lily survives for hours in frigid water after crash in Spanish Fork River that killed her mother

In March, Jenny Groesbeck died when her car crashed into the frigid waters of the Spanish Fork River. Approximately 14 hours later, 18-month-old Lily was found alive, still strapped into her car seat.

The dramatic rescue was captured by body cameras worn by first responders, several of whom were treated for hypothermia after their heroic efforts to save Lily.

“Her little head must have been inches above the water all night long,” officer Tyler Beddoes of Spanish Fork PD said.

Adding to the intensity of the rescue, four emergency responders claim to have heard an adult voice coming from inside the car, calling for help and giving them a surge of adrenaline they needed to push the vehicle upright.

“We talk about it as a crew still, we discuss things, we shed tears,” said Mark Bryers, an EMT in Spanish Fork.

Lily made a quick recovery, and later the crews who rescued her were recognized for their efforts.

“She's doing all of her nursery rhymes, no more monkeys on the bed, the wheels on the bus, she knows everything she knew before anything happened, it's amazing,” said Lily’s father, Devin Trafny, of his daughter's recovery.

No. 3: LDS Church changes policies regarding members in same-sex relationships and their children

New changes to a policy handbook for local leaders of The Church of Jesus Christ of Latter-day Saints state that members of the faith who are in same-sex relationships fit the criteria for apostasy, and the changes also stated that children who primarily live in a household with a same-sex couple cannot be baptized as a member of the LDS faith until they reach the age of 18, and then only if they move out of that home and disavow the practice of same-sex relationships.

The policy is similar to rules regarding children of parents in polygamous relationships.

The policy change drew attention from around the world and prompted thousands of people to withdraw their membership from the LDS Church, some of whom did so during mass resignation events.

“I've been a member my whole life, and it’s just the final straw for me,” said Connie Walker of her decision to resign at one of those events.

A file photo of the Utah State Prison.

No. 2: Relocating the Utah State Prison

After several public comment sessions, the Utah state legislature's Prison Relocation Commission selected the future site of the Utah State Prison: the far west side of Salt Lake City near I-80 and 7200 West. Lawmakers voted to accept the proposal in August during a special session.

"The residential zoning won't even be an issue, so it's compatible where it is, so I think it's the best place,” Utah Senator Karen Mayne, D-District 5, said.

Prison opponents in other communities breathed a sigh of relief.

“Our prayers have been answered: This is not something our community wanted,” Grantsville Mayor Brent Marshall said.

An image provided to FOX 13 from the midst of the Hildale flood believed to have killed 13.

Flash floods struck southern Utah September 14, and in Hildale a van with three women and 13 children inside was swept into Short Creek. The deaths rocked the insular border towns of Hildale, Utah, and Colorado City, Arizona--which are largely home to members of the FLDS Church.

Three young boys in the van survived, the others did not. Meanwhile, miles away in Zion National Park, a group of seven visitors from out of state were killed by a flash flood that ripped through Keyhole Canyon.

Then, about 15 miles west of Hillsdale, the storm claimed another victim: Ryan Mertlich.

“He left our house about 5:45 and there was ominous black clouds headed towards Hurricane, and I told him he was probably going to get wet on the way home,” said Dan Mertlich, Ryan’s father, of the last night he saw his son.

Mertlich, 33, took a back road from St. George to Hurricane and was swept away. His car and body were found in a desert wash that drains from Utah into Arizona.

“Our three million people mourn with the people of Hildale, and the families who have lost loved ones in this tragedy,” Gov. Gary Herbet said during a visit to Hildale following the flooding.