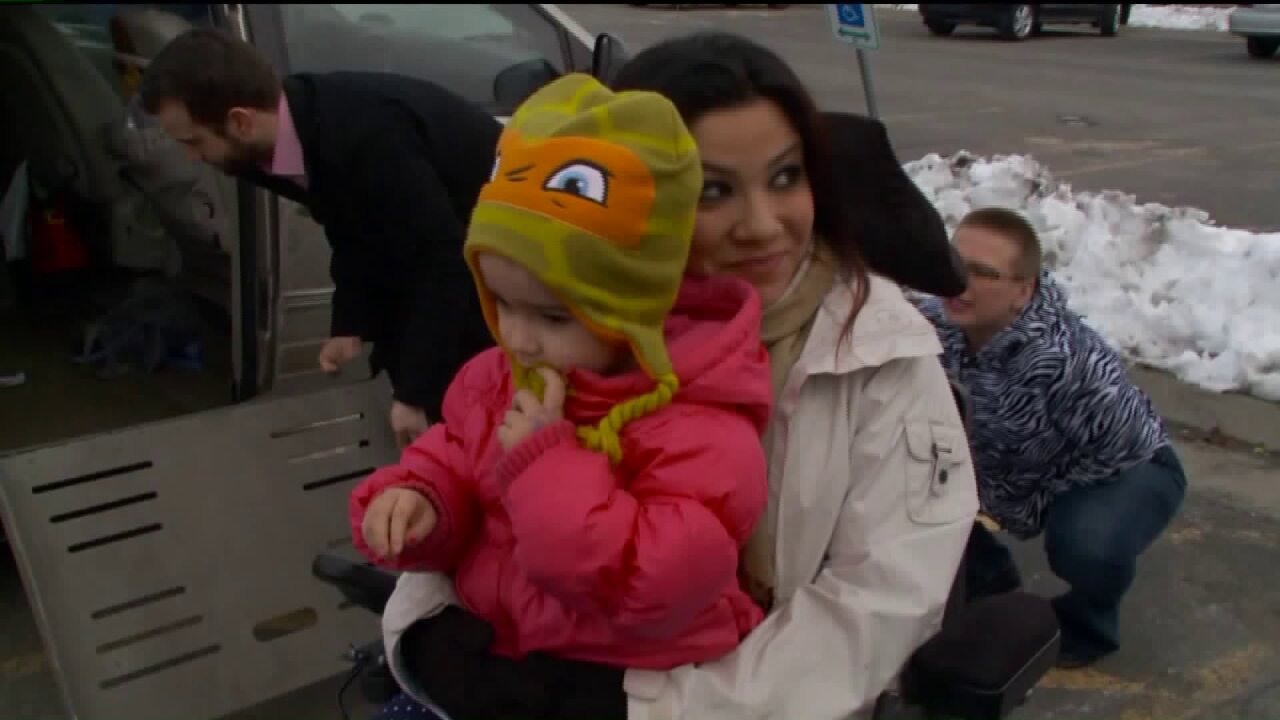 WEBER COUNTY, Utah -- A South Weber family is fighting to change state medical marijuana laws after the mother got charged with possessing a substance she said is saving her life.

On Monday morning, the Stanger family approached the Weber County Sheriff’s Complex, as mom Enedina prepared to head to jail.

Her stint at the jailhouse was only for the morning- she had to get booked and released as she prepared to carry out her sentence for a drug possession charge.

A judge handed the mother of two, six months of probation and required attendance at parenting classes, after an October incident where she said a police officer found her with marijuana in a grocery store parking lot.

She said a passerby had complained of the smell. Her daughter was in the car when the officer arrived.

Originally, she said, “They decided to charge me with child endangerment.” But, she went on to say, the judge reduced that felony charge to the misdemeanor possession in a restricted area, as part of a plea deal.

She uses marijuana to manage her disorder. EDS causes her joints to dislocate, sending off waves of muscle spasms and pain.

“When that happens there is nothing that we have been able to find that stops those spasms and those cramps,” she said.

After a year of failure with several types of prescription medication, she and her husband Michael said they turned to cannabis.

The last resort turned out to be the only thing that worked, they said.

“Cannabis is a medicine,” Michael said.

While the two Stanger children—Elena, 4 and Eva, 3—haven’t seen Enedina use it, they’re learning the law bans marijuana.

After the charge, Child and Family Services came knocking at the door to investigate.

The family had already fled to Colorado, where marijuana is legal and where they said they wouldn’t face having their kids taken away.

But all they can think of is coming home. They want the laws in Utah to change.

“We're going to try to make a difference. It's a fight we were thrown into,” Michael said. “Instead of getting beat up, we're going to fight.”

They support a bill that legislators are expected to look over this coming session, that would allow access to medical marijuana.

A bill that some are already against.

“To just sit there and say, ‘Because of this one case here with this rare condition, we throw open the barn doors?’ I'm not ready to go there,” said Rep. Brad Daw, R-Orem.

He’s proposing his own version of a medical marijuana bill, one that’s more restrictive.

While the Stangers don’t favor that bill, they will have their eyes on the session.

Plus, their interest goes beyond just getting back home to Utah—Enedina’s daughters have both been diagnosed with EDS, and are already showing symptoms.

The family plans to make several return trips to push for the law and garner support, as they look to transform Enedina’s case into legislative action.