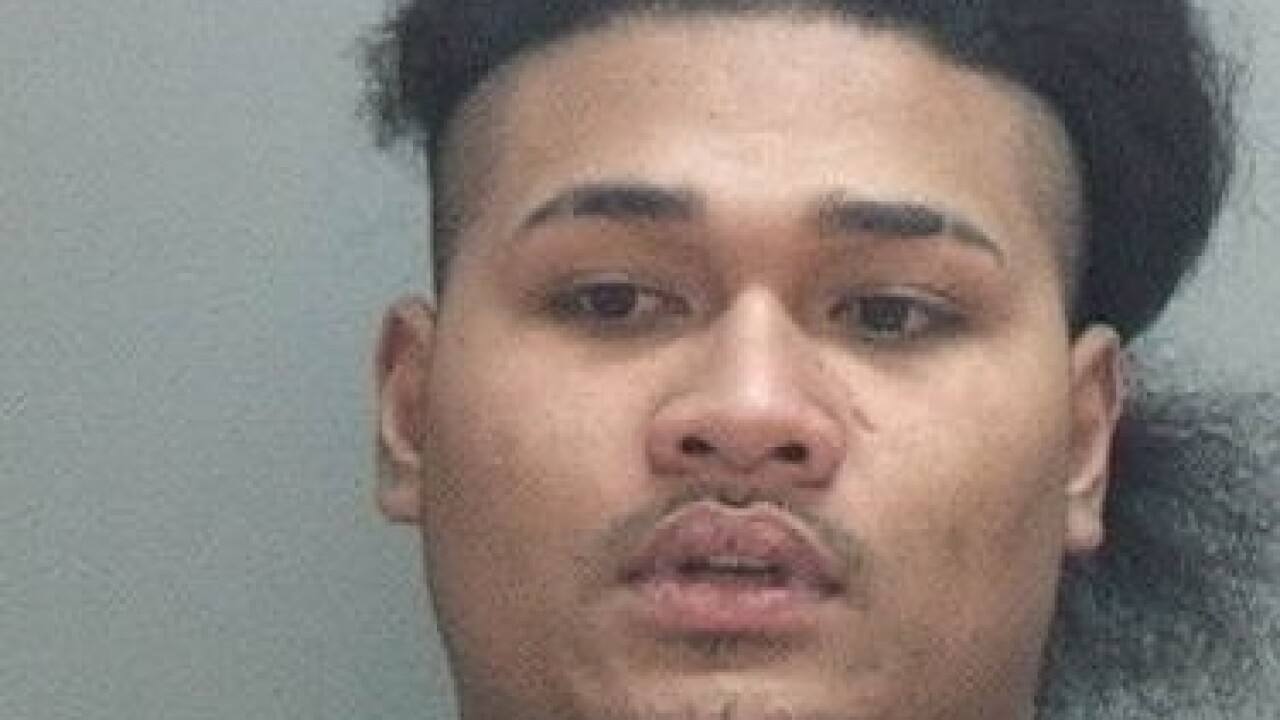 KEARNS, Utah - According to Unified Police the victim of a carjacking called them around 6 p.m. to report a suspect had taken their vehicle at knife point in West Valley City.

Detectives say the suspect, 22-year-old male Sam Aina, met with the victim at 4800 West and 4700 South, and after a brief conversation pulled out a knife and demanded money.

When the victim could not provide money, police say the Aina demanded to be taken to The Mouse Pad in Kearns, a cell phone repair shop and internet cafe.

Aina then drove away.

Once inside the victim called police and they were able to track the car by GPS to a location at North Temple and Redwood Road in Salt Lake City and officials say that is when the pursuit began.

Salt Lake City Police and Unified Police chased the car back to Kearns where eventually Aina lost control and crashed the car in a yard at 5085 S, 4015 W.

Aina did try to run but gave up peacefully shortly after getting out of the car and going into a backyard according to police.

Salt Lake City Police say the chase reached speeds of over 100 mph on the freeway and at least two citizen vehicles were damaged trying to get out of the way.

No police vehicles were damaged in the pursuit.