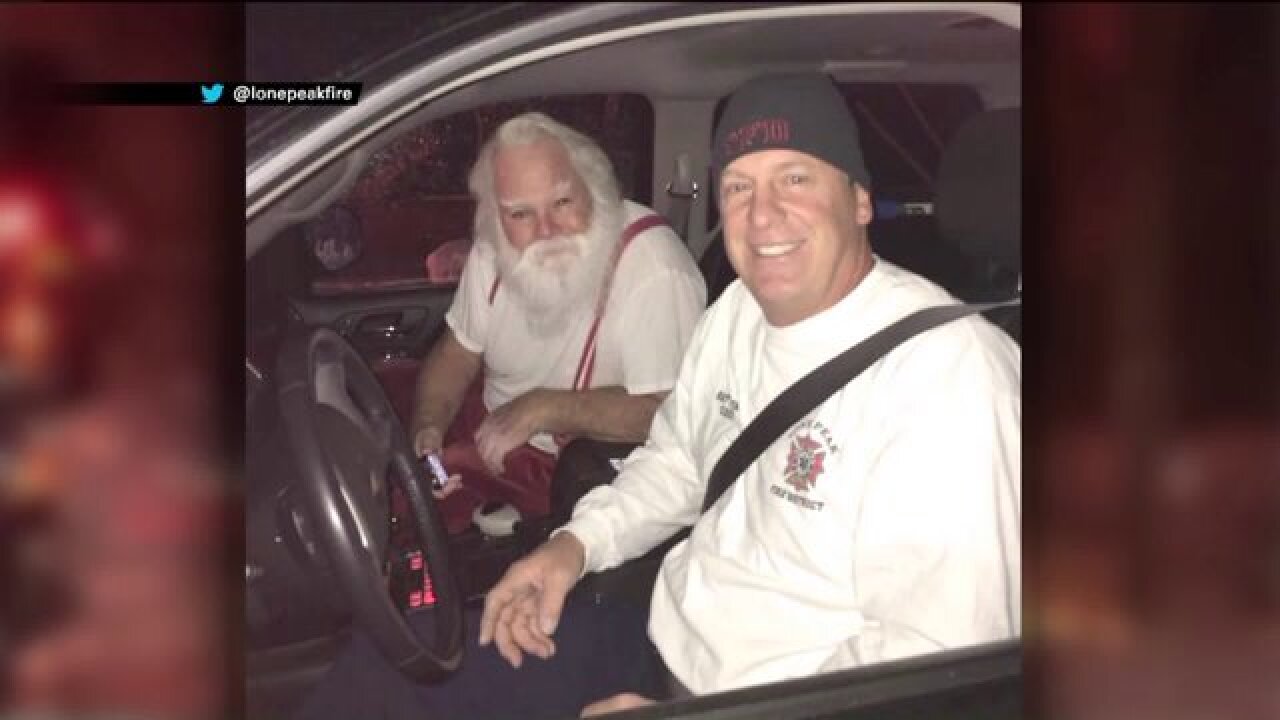 AMERICAN FORK, Utah -- A man playing Santa Claus was on his way to a party on Christmas morning when his "sleigh," a 1992 Lexus, caught fire.

This "Santa," who goes by Steve Macey when he isn't wearing the red suit, expressed his gratitude to the Lone Peak Fire Department and other people who assisted him Friday.

Macey was on his way to deliver gifts to some children in Orem when his car broke down on 4800 W in Alpine. He heard a "pop" and thick, black smoke poured out of the car. The vehicle's transmission had overheated and caught fire. (Raw video of the car fire appears below.)

That, Macey said, is when the Christmas miracles began.

"I wasn't sad because two people stopped, they took a moment, they put me in their car and waited for the police and the fire department.

Firefighters from the Lone Peak Fire Department put out the flames and the battalion chief asked Macey where he was going.

Macey explained he had a party at 7 o'clock and he couldn't miss it.

"I like to do kind things. I'm a good-hearted person. But the humanity of people who would stop - it was a miracle, one after another - that cared about another human being," Macey said. "I hope you'll remember that the greatest gift of Christmas is love."

Macey's car was a total loss, but some of his friends have set up a GoFundMe account to help him replace it. Click here if you would like to make a donation.