Resorts thrilled by recent run of heavy snowfall in Utah 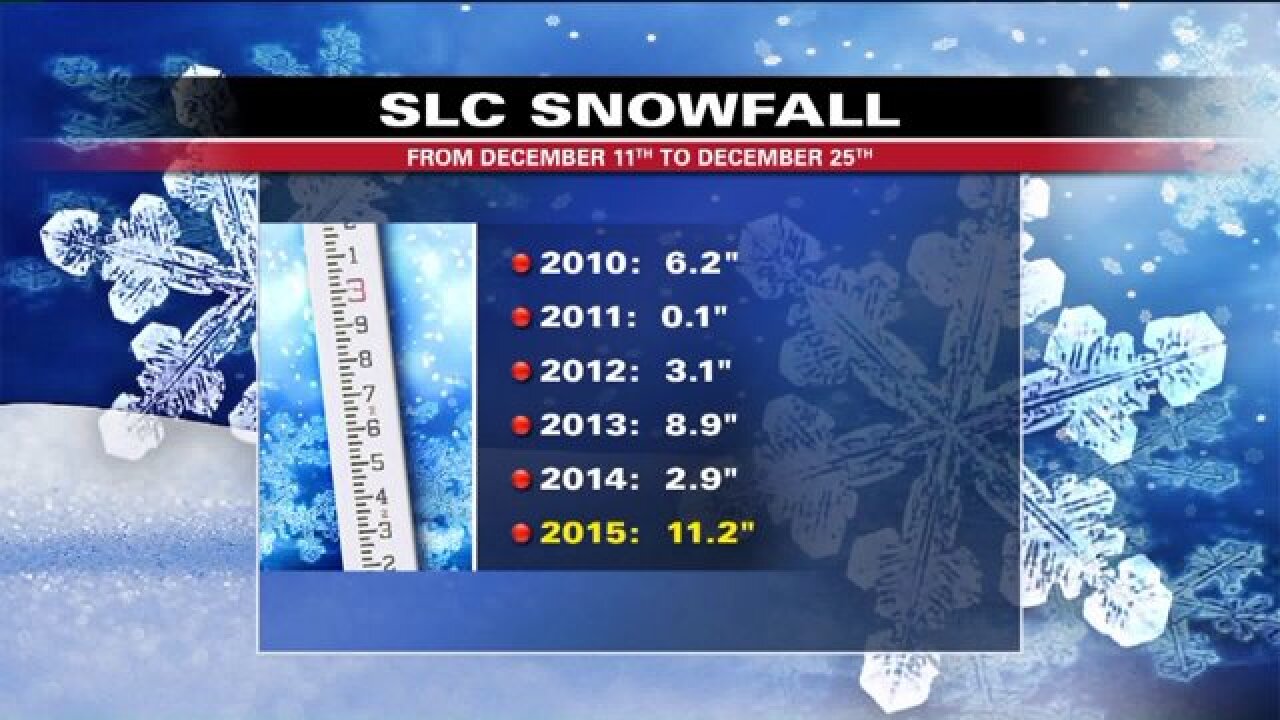 SALT LAKE CITY - As the snow continues to fall, the snow records for December continue to add up.

According to the National Weather Service, Salt Lake City has received more snow in the past two weeks than during any other two-week stretch in late December since 2010.

"I was belly-button deep in snow," said Jovanny Willalobos, a snowboarder at Brighton Resorts.

"This past week and a half, it's been ridiculous," added Anthony Degennaro, a 26-year skiing veteran.

The snowfall at the resorts has quickly piled up as well, with some resorts like Solitude and Sundance receiving close to five feet of snow in the past 72 hours.

"Folks are seeing that nationally on the weather reports," said Linda Jager with Park City Resorts. "So we're definitely seeing an uptick this week before Christmas."

Jager points out that the volume of people hitting the slopes has gone up as a result too. Getting too and from the resorts may grow increasingly difficult, as will parking outside.

"If you want to come up from Salt Lake City, I'd really encourage you to take the Salt Lake City to Park City bus," Jager suggests. "It's a comfortable ride, and wifi all the way up here and back."

Weather reports indicate that snow will continue to fall on Christmas Eve and even Christmas Day, adding to the recent record totals.