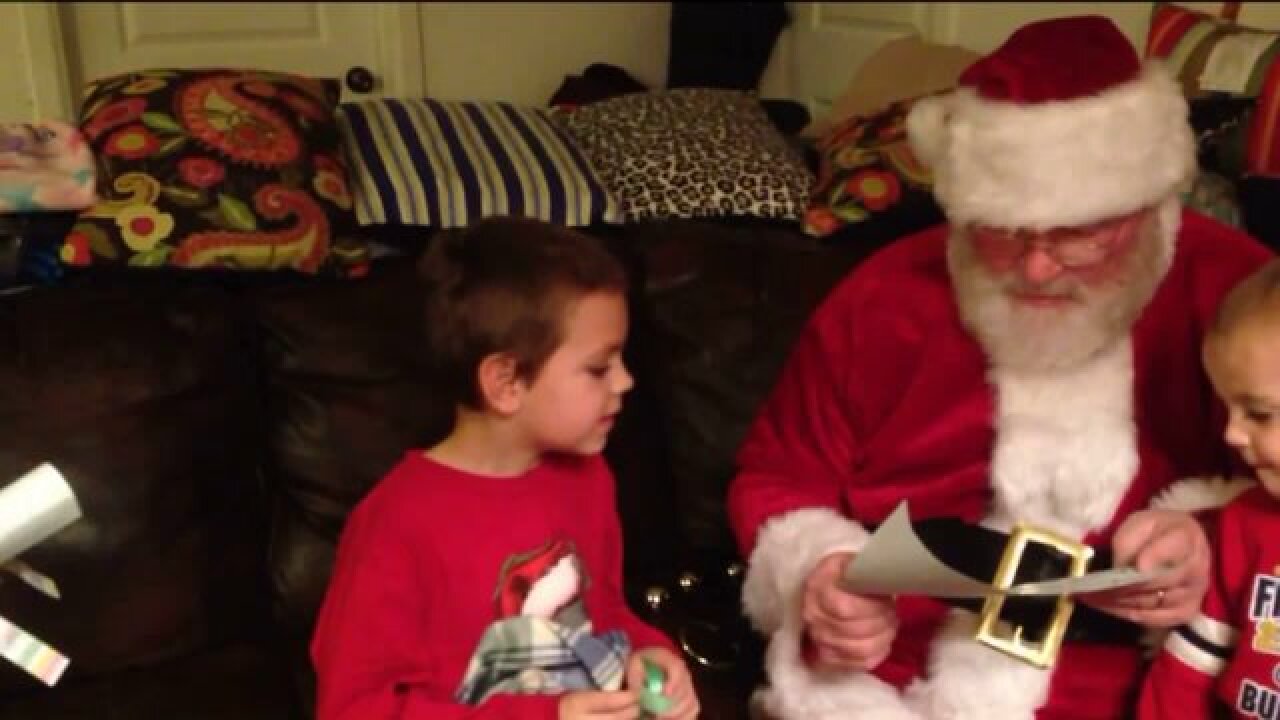 PRESTON, Idaho -- Christmas came a week early for three brothers living in an Idaho town near the northern Utah border.

Last week Santa came to their door in Preston, not carrying toys, but something even better, adoption papers.

It's a Christmas 7-year-old Dylan, 6-year-old Levi and 4-year-old Cooper will never forget.

Despite already having nine children, Jessica Smith and her husband Robert decided to open up their home to the boys in January 2014 after finding them neglected and in poor health in Arizona.

"We took them on a temporary basis until she could get on her feet and that just didn't happen," said Jessica Smith.

The Smiths quickly went to work helping the boys adjust to life in a loving family.

"They had some medical issues that we needed to address, Levi for instance had 17 cavities he had to get corrected the first couple weeks he had been home," Smith said.

Dylan hadn't even been going to school.

"So that following Monday we immediately had him in kindergarten and by the end of the year he was caught up with a full school year worth in just three or four short months," Smith said.

They believed Cooper may have had multiple disabilities, considering he didn't even talk.

"They finally came to the conclusion that he was so behind purely for neglect and most of these disabilities he could grow out of," Smith said.

Now Cooper can't stop talking about what Santa brought him.

"I got a candy cane and Santa gave me a cookie," Cooper said.

Jessica Smith said she grew up the eldest of 13 siblings, so having this many kids just seems right.

"We felt it was sort of our obligation to make sure these guys didn't go back to that type of environment," Smith said.

The boys have fit in just fine with their new brothers and sisters.

"Thank you Santa you're the best," Dylan said.