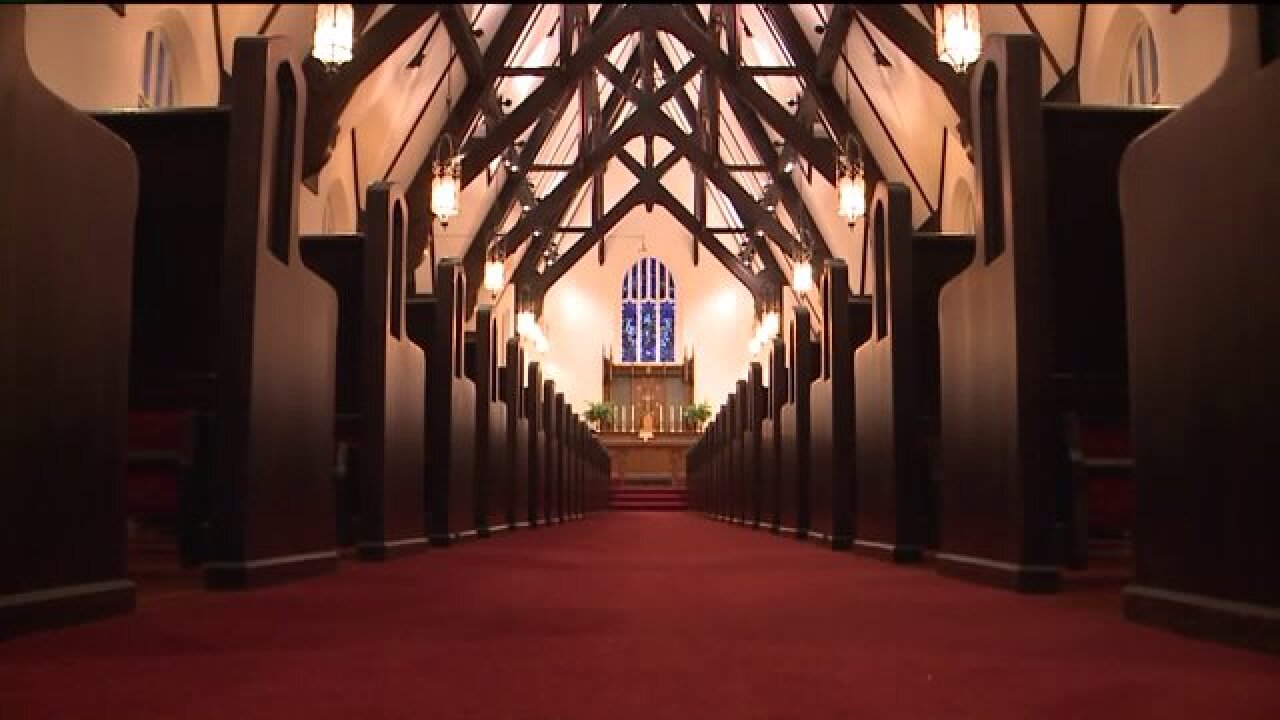 SALT LAKE CITY -- The holidays can be a difficult time for members of the LGBTQ community, as often they are unwelcome at family gatherings and church functions. On Sunday, a special service was held just for them at Saint Paul's Episcopal Church.

The theme of the service was "Seeing Christ in Every Child."

"I think it's very important for things like this to happen, because people need to know that they are loved and their families are loved, and they aren't being excluded from anything," said Sami Solomon-Klebba.

Solomon-Klebba has two moms, who are happily married to each other. She understands that this family dynamic isn't accepted in every church. She is thankful the LGBTQ community is creating their own services, where everyone is welcome.

"I like this because every family is technically a normal family, because as long as the parents love the kids I think it's normal," said Solomon-Klebba.

The LGTBQ community said services like this are necessary in response to policies by the LDS Church, denying children of gay parents from receiving blessings or ordinances from the church.

"It's just as important for them or more so that they know church and religion and spirituality is for everyone; it doesn't have barriers, it doesn't have exclusions," said Sammi's mom, Curley Solomon-Klebba.

Katherine Jones said she denounced her LDS membership following the release of their policy change. She has a son and a gender fluid partner.

"I feel it's important for them to have a place where they can express spirituality and be considered part of the community," Jones said.

The LGBTQ community said this kind of support is especially important during the holidays.

"There are a lot of LGBT individuals who are either disinvited from holiday family gatherings or are left without a place to worship even though they have strong faith convictions," said event organizer Michael Ferguson.

Everyone who entered Saint Paul's Church on Sunday was handed a pebble. At the end of the service, they relinquished those pebbles.

"At the end of the service we are inviting them to lay that down as a symbol of laying down those stones, those burdens we are often given by other people, sometimes we take them on our own, but often we are given those burdens of pain and hurt and we invited people tonight to lay those down," said Sammi's other mom, Cindy Solomon-Klebba.