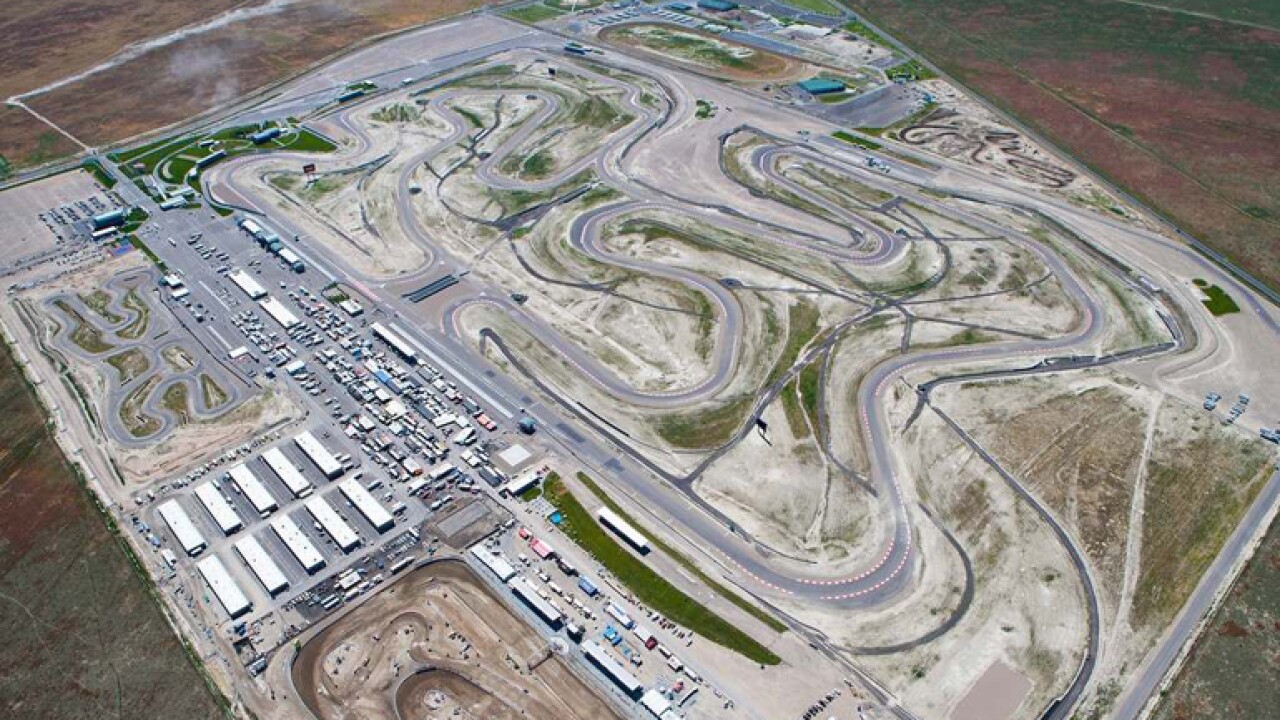 TOOELE COUNTY, Utah -- During oral arguments in a lawsuit regarding the proposed sale of Miller Motorsports Park to Mitime Investment and Development Group, a judge in Tooele County has ordered that the sale be vacated.

Now that Judge Robert Adams has ordered the sale vacated, the property could be up for auction again--giving bidders another chance at the property.

Tooele County voted back in October to sell Miller Motorsports Park to the Chinese company, which stated they planned to make the sports park an international destination and would be bringing in a huge influx of money to the area.

However, one of the losing bidders in the sale process--Center Point Management LLC--filed a lawsuit in September alleging the sale was illegal because it violated county rules. Andrew Cartwright told FOX 13 News in September that they have offered $27 million for the property, but the county decided to sell to Mitime for about $20 million.

The lawsuit alleged the sale was illegal, as county ordinances prohibit the sale of county property for anything less than full and adequate consideration.

"The county did not act in good faith in selling the property," an attorney for the plaintiffs said in court Thursday.

Officials with Tooele County had  previously stated they decided to go ahead with the sale at a lower initial offer because Mitime promised to invest more into the property in the future.

“One specific number they threw in during the negotiations was 270 million dollars of additional investment in the property itself over the next decade,” said Tooele County Commissioner Shawn Milne in August.

However, attorneys for the plaintiff challenged that position, saying Thursday: "Grandiose plans are irrelevant: only money matters."

An attorney for the county argues that the initial offer is not the end of considerations and that the county must look at the big picture.

"The county can dispose of its property anyway it likes," the attorney for the county said during Thursday's hearing. The attorney added the county's job is to find the buyer who is, "the most viable. The one who could keep the track running."

A Tooele County Commissioner declined to comment on the ruling Thursday outside of court.

The timeframe for the sale is unclear. The property could go through another bidding process, or it could be listed for sale at a set price. The county could also choose to keep the property and lease it out. Further information on those proceedings are expected in the coming days.

Center Point Management LLC tells FOX 13 News they are prepared to offer as much as $28.1 million for the property this time around.

"Even though we won, its not really a victory," Cartwright told FOX 13 Thursday. "The idea of fighting to pay more money... we just want to be treated fairly."

Cartwright said he is OK with being unpopular in the area as a result of the lawsuit.

"I would feel so much joy for Tooele if they get way more than I'm willing to pay," he said. "Nothing would give me more joy. Maybe nobody in Tooele would thank me, and that's fine: I could live with that, but you know what? I gotta live with myself, and that would make me feel good. Real good."