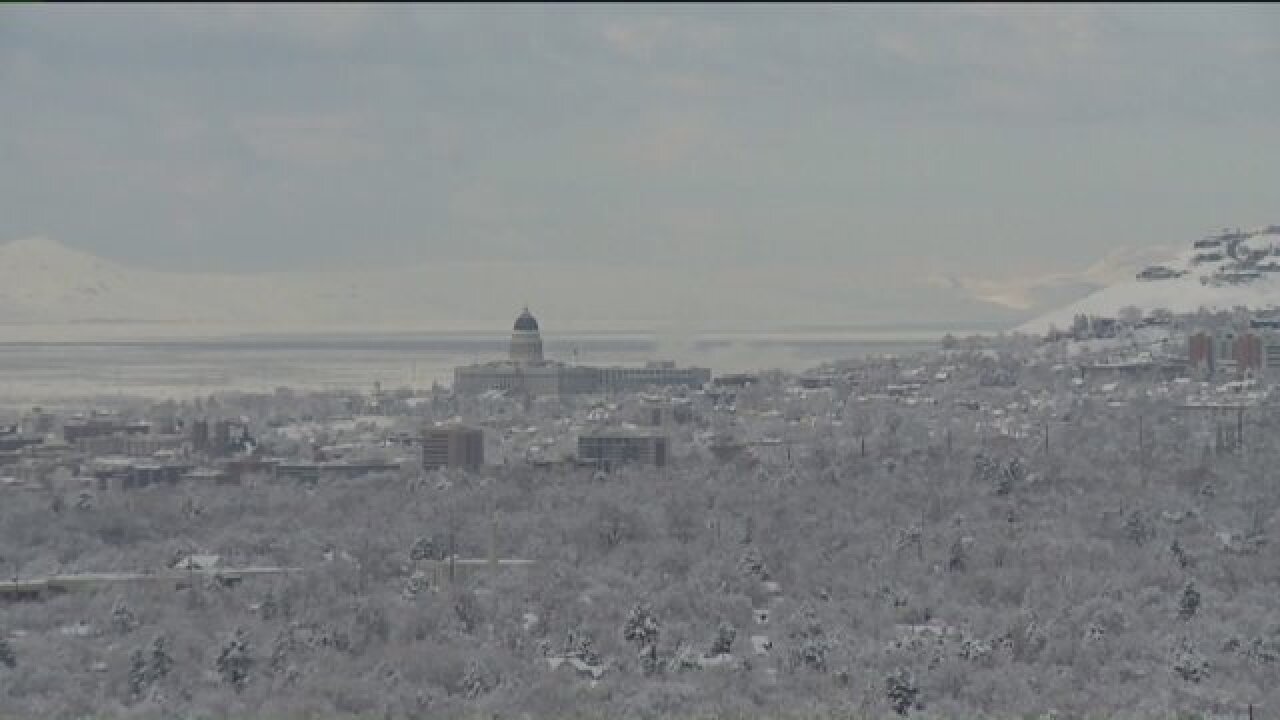 SALT LAKE CITY, Utah - Monday’s snowstorm dropped close to two feet of snow in some areas of Utah, but it’s going to take a lot more than that to break a four-year long drought.

National Weather Service Hydrologist Brian McInerney said the state needs at least two more storms with the same intensity to get back to normal snowpack levels.

Utah’s snowpack along the Wasatch Mountains is between 65 to 70 percent of normal following Monday’s storm.

McInerney said while it’s a little too early to tell how Utah will fare this winter, long term outlooks are favorable.

“Historically, with a very strong El Nino, we’ve been wetter than normal, and the fact that that blocking high pressure is nowhere to be seen right now, is also a positive factor,” McInerney said.

Between 18 and 20 inches of snow fell in several parts of the Salt Lake Valley, ironically less fell in the mountains. McInerney said that’s just the way the storm set up, but others are on the way.

“I’m excited because we’ve been waiting for this snow for a while now,” Winger said. “Last winter was kind of weak, but hoping for a little better winter this winter.”

It’s a little early to know whether this winter will end Utah’s multi-year drought, but McInerney said it’s a good start.