Will Romney and Ryan help winnow the GOP field? 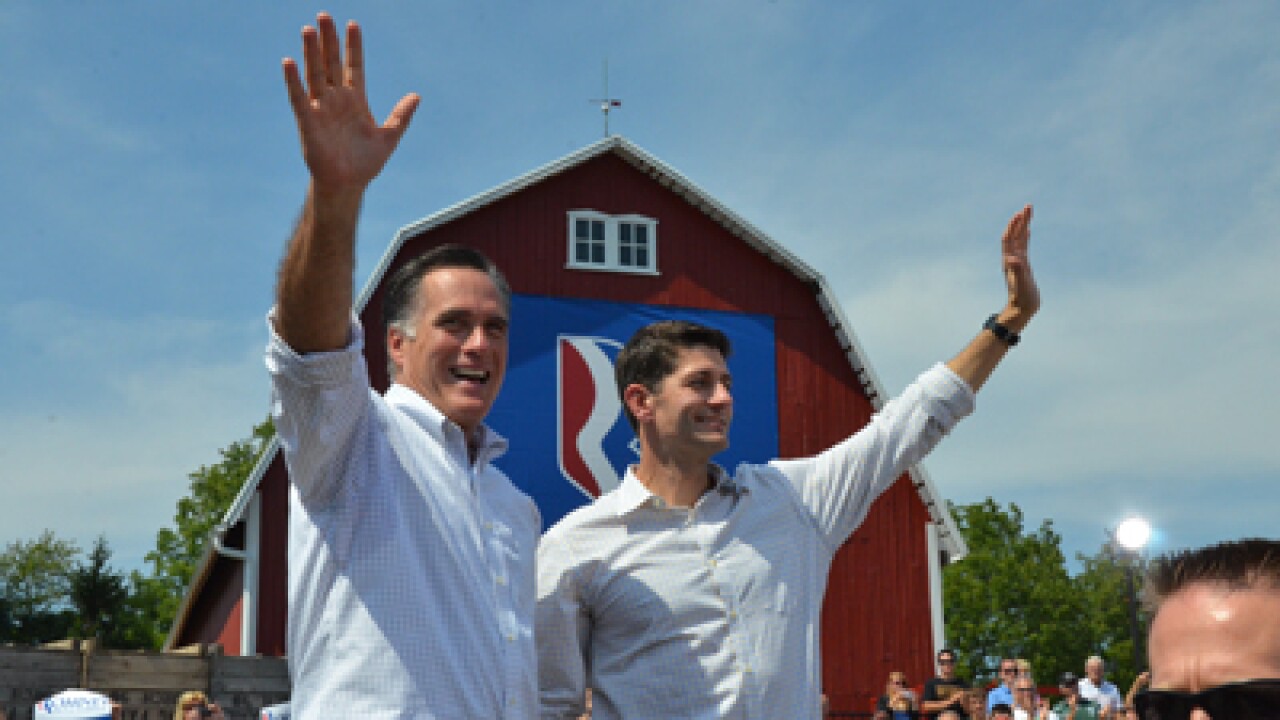 WASHINGTON (CNN) — The impact of terrorism as a campaign issue, Donald Trump’s beef with conservative Latino activists, GOP establishment hand-wringing over the rise of Ted Cruz, and the staying power of Trump — those stories filled our “Inside Politics” forecast Sunday.

It’s no secret that Donald Trump’s success can partly be attributed to a crowded GOP field with a handful or more of candidates you can fairly describe as mainstream establishment.

Add up the poll numbers for Marco Rubio, Jeb Bush, Chris Christie and John Kasich, for example, and you are at or above Trump levels. Carly Fiorina, among the outsiders, also largely fits the establishment mold when it comes to the issues. Sen. Lindsey Graham of South Carolina does too, though his numbers at the moment don’t add much to the establishment math.

So many party veterans say shrinking the field is the way to beat Trump. But who should go?

Well, that is the issue, and Julie Pace of The Associated Press reports that among the many things being debated among party leaders is calling on the 2012 GOP ticket — Mitt Romney and Paul Ryan — to help with the nudging.

“There are some preliminary discussions happening about what that wing of the party will do if all of those candidates want to come out of New Hampshire and continue on,” said Pace. “Two of the names I heard a lot about were Paul Ryan and Mitt Romney, not to run, but to essentially to have a come-to-Jesus conversation with these candidates and come up with a process for winnowing down that part of the field.”

In June, Jeb Bush was atop the GOP field in national surveys. Now he tends to run fifth in single digits.

That makes the former Florida governor one of the names discussed when the establishment debates whether a smaller field would help it defeat Trump and Ted Cruz.

Jeff Zeleny of CNN reports Team Bush brushes aside such talk and vows the governor is in for the long haul. But he also reports the private buzz among some Bush donors isn’t so optimistic

“His campaign will say, ‘No, not at all, no chance — we will stay in through Iowa, New Hampshire, and beyond — we have a path,'” said Zeleny. “Increasingly, a lot of his donors do not believe that is true. This is the most critical week of this campaign, I believe, for Jeb Bush.”

3. The fear: that Trump and Cruz hurt GOP down-ballot candidates

As Cruz surges in Iowa, there is more and more talk that he has pretty decent odds of being the GOP nominee. And that prospect has the GOP establishment in as much of a tizzy as the chance that Trump might lead the ticket.

The big conversation among establishment strategists is that either Trump or Cruz would hurt Senate candidates in states that tend to go Democratic in presidential years, and even in some that are more purple — meaning competitive.

New Hampshire, Wisconsin, Pennsylvania and Ohio are the states most often mentioned when establishment types note their angst about the prospect of a ticket led by Trump or Cruz.

There is internal party polling data to back up these anxieties, though Trump and Cruz loyalists dismiss them as establishment hand-wringing.

For all the anxiety, though, there is also a sense of resignation that clearing a few of the more “center-right” candidates from the field might take a while. Perhaps, if someone bombs Tuesday night.

More likely, though, is that the race stays crowded until the New Hampshire primary, and then quickly loses several candidates after that.

4. How many will take aim at Cruz’s surveillance stance?

We know terrorism will be a huge issue in the CNN Republican presidential debate Tuesday night, and there is good reason to believe Cruz will be under fire. The question is from how many of his rivals.

Cruz at a recent fund-raiser questioned whether Donald Trump has the judgment to be commander in chief. So Trump firing back during the debate is a safe bet.

Plus, Abby Phillip of The Washington Post says at least two other candidates see a chance to help themselves by attacking Cruz’s support for curtailing the government’s surveillance powers.

“It’s not just Rubio that’s going to be hammering him on that,” said Phillip. “We’ll see Chris Christie coming out of the woodwork. He’s rising in New Hampshire, and this is, he thinks, his central issue. So we’ll see who else can maneuver on that issue.”

5. A big Latino meeting, but Trump isn’t on the invite list

Among the GOP groups holding strategy sessions around the big Vegas debate are conservative Latinos.

Trump has had tense relations with Latinos because of his comments about illegal immigration, and Ed O’Keefe of The Washington Post reports his campaign will not be among those getting a chance to make their case for an endorsement from this group of Hispanic conservatives.

“It might not carry a lot of water (in the primary battle), but it would definitely allow the person that gets that endorsement to make a general election argument, you know, ‘If I’m able to draw Hispanic support, perhaps I’m the one we should be nominating,'” said O’Keefe.