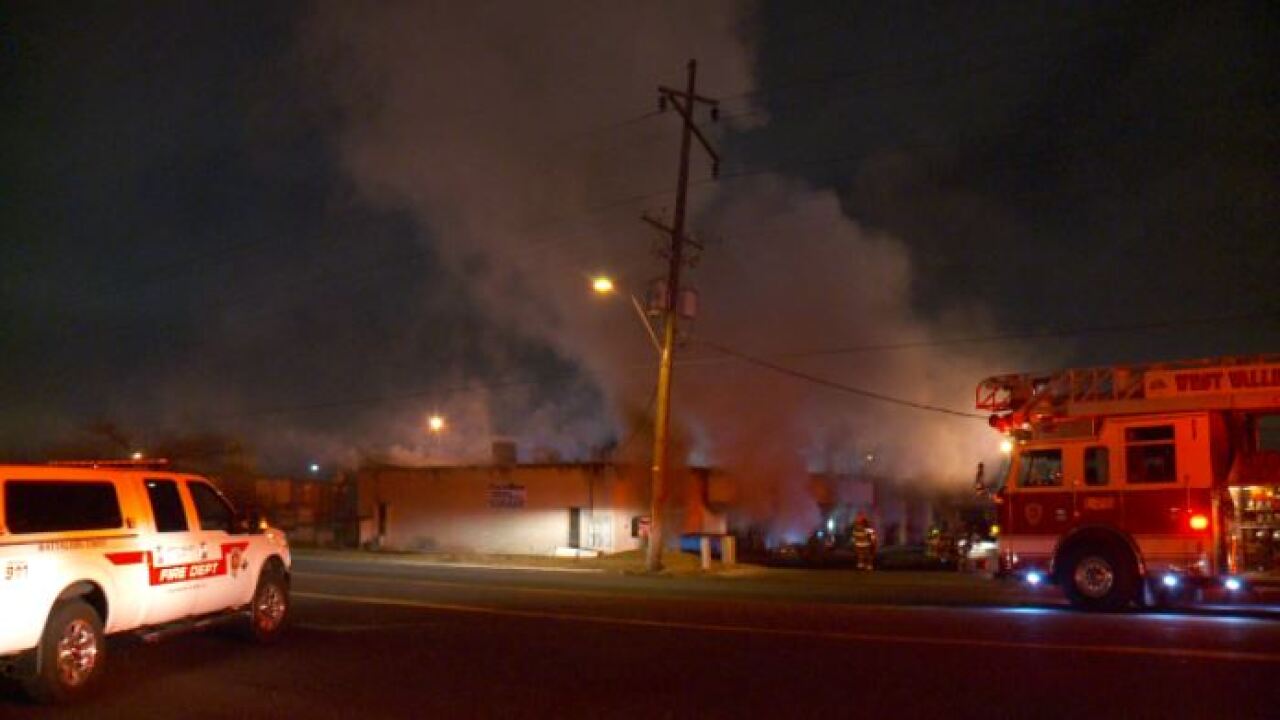 Fitzgerald said there were also large volumes of flames inside the structure.

“We did an aggressive attack,” the battalion chief said. “We put water directly on the fire and sent crews in to fight the fire.”

Crews were able to contain the blaze to keep it from spreading to adjacent buildings.

Although he didn’t have a specific amount, Fitzgerald estimated the damage to be in the $100,000 range.

Investigators were called to the scene to determine the cause of the fire. No injuries were reported.