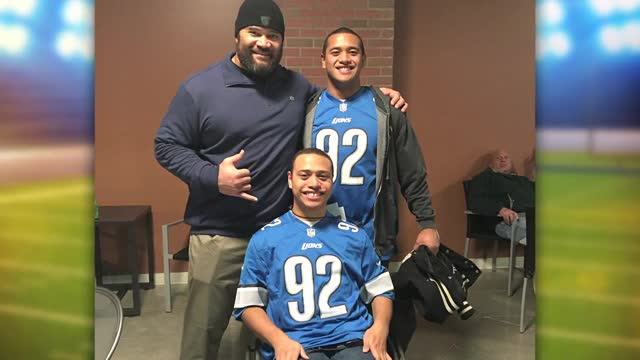 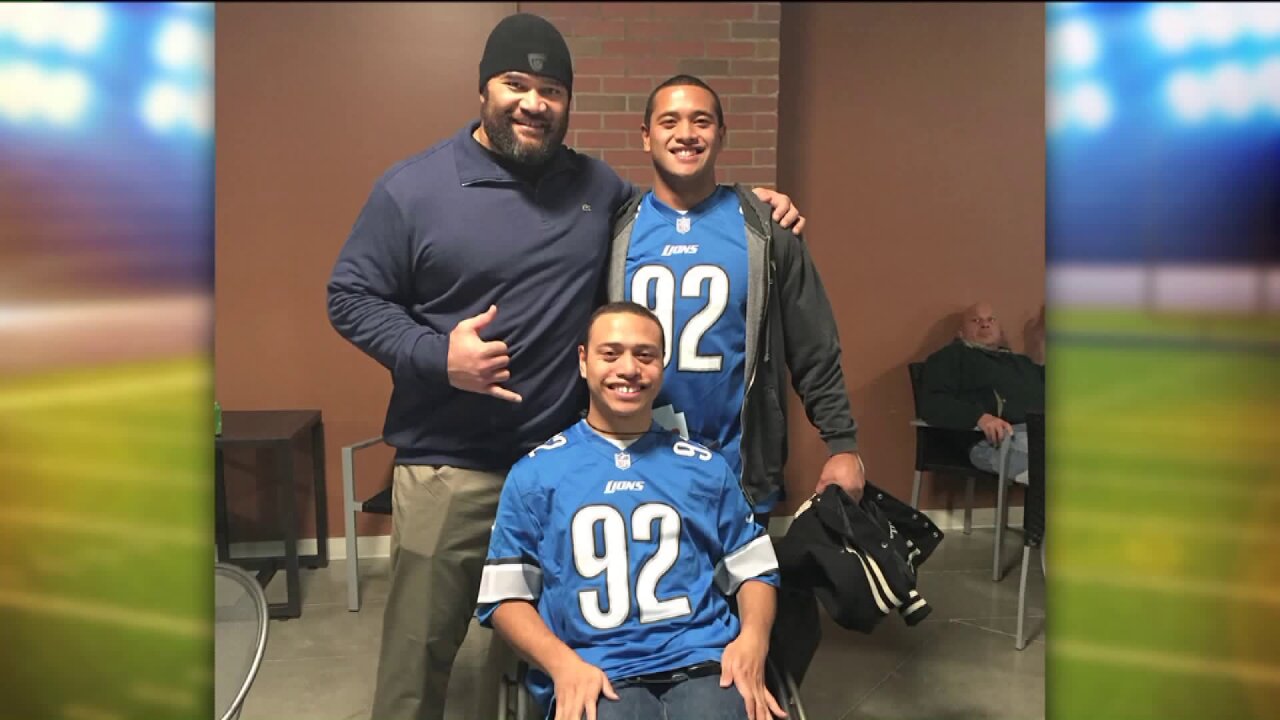 Max was born with cerebral palsy and has used a wheelchair his entire life. His younger brother Suli has been his right hand man, and best friend, through it all.

"He's a knuckle head sometimes, but we definitely have a close bond. And he's really hard working and always looking out for me," Max said of his brother Suli.

“I'm the one that helps him, but in my helping him, it just humbles me and I guess I've lifted him since I was 3, so technically it made me stronger,” Suli said.

For the second year in a row, former Highland High athlete, Haloti Ngata and his wife Christina chose two deserving young men to attend a Detroit Lions game. Max and Suli were nominated, and chosen, for the trip.

“We got to our seats and just took some pics of the scenery and stuff,” Max said.

Following the game, the Brown brothers got to meet Ngata.

“We took some pics and we had him sign our jersey for us and just getting to catch up with him and talk with him was fun,” Max said.

“Still to see him, just spending time with us it was awesome just still getting to meet him,” Suli said of Ngata.