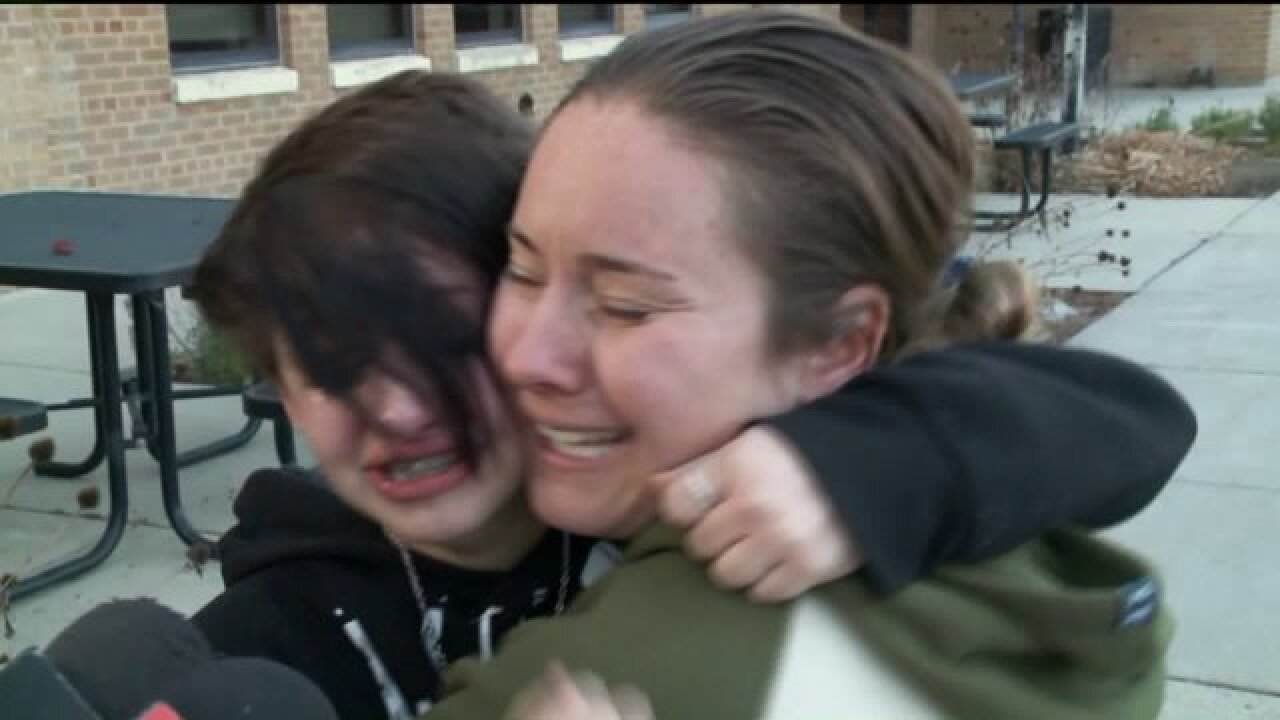 MURRAY, Utah -- There was a tearful reunion Saturday for a Murray family after a missing teen was located in Salt Lake City.

FOX 13 News was there as 15-year-old Oceanna Storey was reunited with her mother, who was moved to tears with joy and gratitude.

"I loved her, and I missed her so much, and I don't know what I would do without her," Kari Bo said of being reunited with her daughter.

The teen left her home Wednesday around 11 p.m. after she and her father got into some kind of argument, and police were concerned for her safety due to her mental state and possible inability to care for herself.

"It was starting to feel helpless, it was going on four nights already, we couldn't do it one more night," said step-mom Jennifer Storey.

Her family said this sort of behavior is unusual for their daughter, and they've spent the week searching the Murray area for her. The teen has disabilities, and her family said she has the mental capacity of an 8-year-old, which added to their concerns about her well-being.

Police said a witness who was driving in Salt Lake City saw the teen and recognized her either from media reports or missing person's flyers, and when they called authorities, police responded and found the teen.

Oceanna appeared to be safe and in good health. It is not entirely clear where she was found and what she had been doing during the preceding days, and her family said at one point they feared she had been abducted.

"To think who she was with, what she was doing, if she was being hurt or abducted because of her mental state," Bo said.

Oceanna was interviewed for about 30 minutes by Murray law enforcement, before returning home with her family.

"Well I've been with this guy that's been taking care of me, I guess he calls himself Ellsy," Oceanna said.

According to Oceanna, this stranger fed her and kept her warm.

"Even though I told him I wasn't hungry for a thousand times, he kept asking me and I was like, 'no,'" Oceanna said.

Police are still investigating who this Ellsy person may be, but at this time they don't believe Oceanna was abducted.

"Right now we don't have any information indicating that that's what occurred," said Officer Kenny Bass of the Murray Police Department.

FOX 13 News will have more information on this story as it becomes available.

FOX 13 News also spoke to the teen's mother before she was reunited with her daughter but after she learned she had been found, see below for that emotional interview.