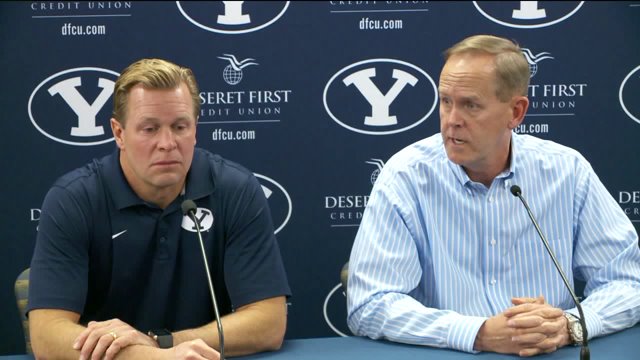 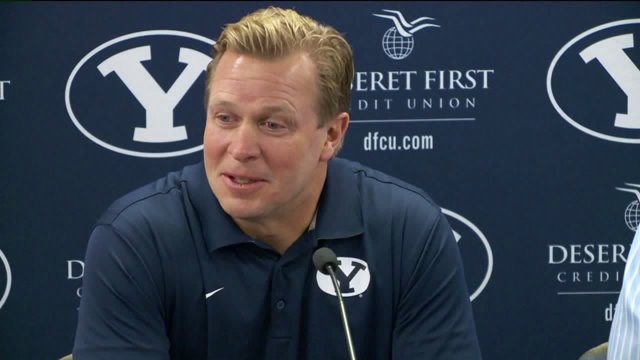 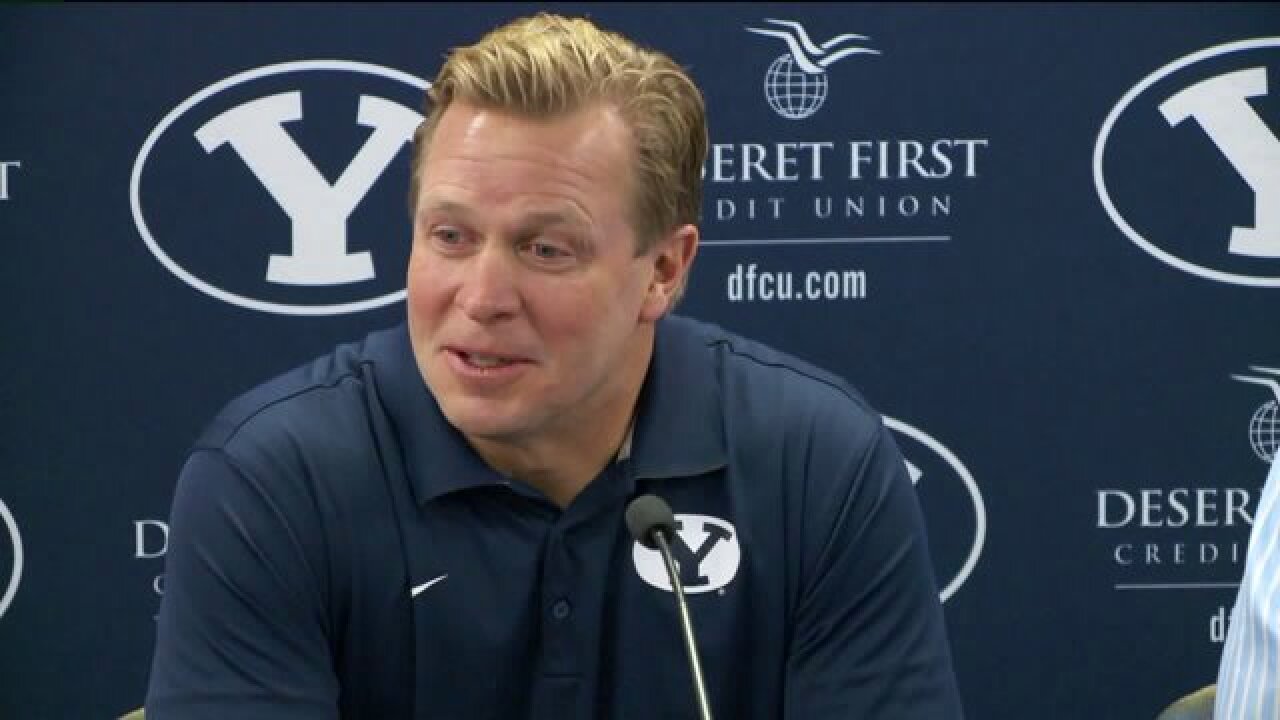 PROVO, Utah -- BYU Football Head Coach Bronco Mendenhall fought back tears in Provo Friday night as he discussed his decision to accept the head coaching job at the University of Virginia.

It was announced earlier in the day Mendenhall and UVA had reached a 5-year deal with compensation for the first year beginning at $3.25 million. Friday night, Bronco gave an emotional press conference discussing his 11 years with the Cougars and the decision to move on.

“I am a product of Brigham Young University," he said early on, adding several times that his faith and the standards at the school, which is run by The Church of Jesus Christ of Latter-day Saints, were a big part of what made his time at BYU special.

“I’ve done my best to align the football program with the values of the [LDS] Church," he said. "But with the academic standards of this institution, and with the athletic standards, and I’ve tried as hard as I can as the coach of this program to make all of that happen for the student athletes that chose to come here, and they chose to come here because of all that, and that is the secret of BYU.”

BYU Director of Athletics Tom Holmoe spoke after Mendenhall's opening statement, see below for that video.

Following the opening statements, the pair fielded questions on everything from the negotiations with University of Virginia to the timeline for the transition from BYU to UVA, especially in light of the upcoming Las Vegas Bowl, which Mendenhall will coach BYU for. See the videos below for that Q&A period.

During that Q&A period, Holmoe was asked if BYU would have been able to match the financial offer from UVA, which he said they would have been unable to do. Mendenhall jumped in however to say that money had very little to do with his decision and that he was looking for a program that could grow.

Mendenhall also addressed potential staffing changes, saying he had the option to take assistants with him if he wanted, but he didn't mention any names or specific plans along those lines.