Woman and her dogs fall through ice into reservoir; dramatic rescue caught on camera 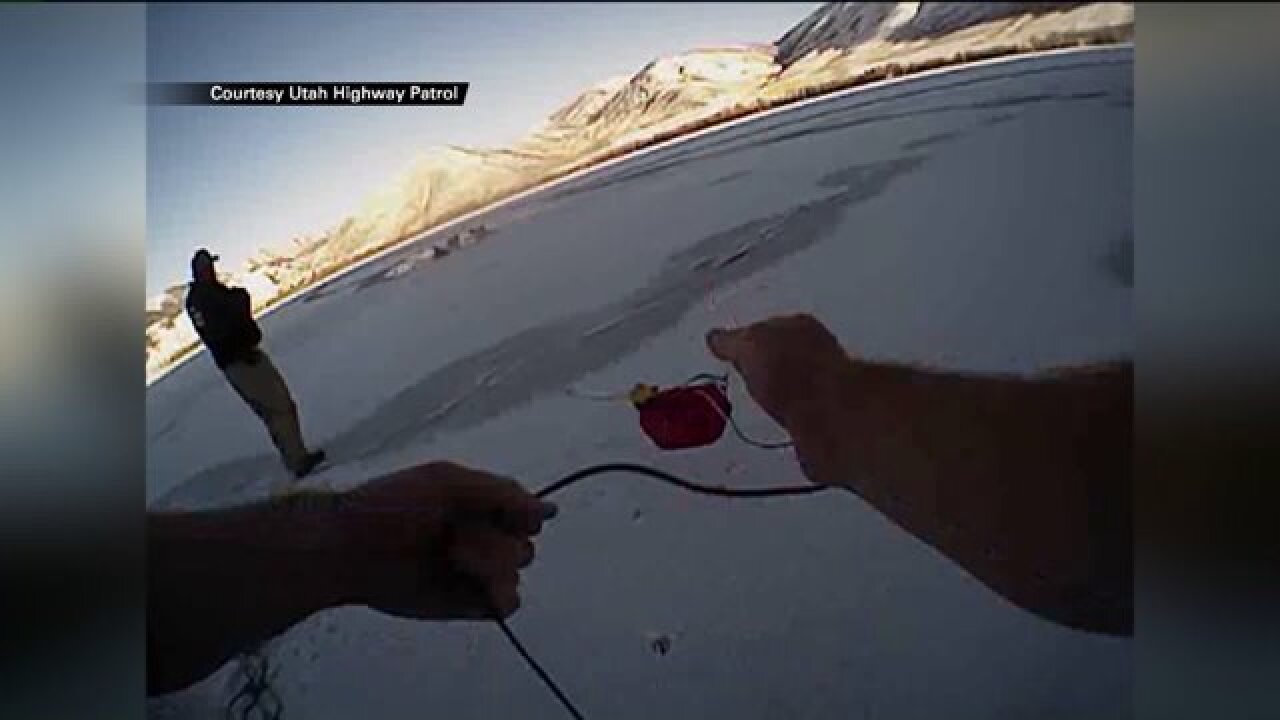 BOX ELDER COUNTY, Utah -- A Brigham City woman and her two dogs were rescued after falling through the ice at Mantua Reservoir Sunday morning, and an officer's body camera recorded footage of the event.

Police received the call for a water rescue at about 9 a.m. The 32-year-old woman was in town visiting her family in Honeyville when she decided to take her dogs for a walk around the Mantua Reservoir, said Mantua Police Chief Mike Johnson.

Johnson said the woman’s dogs went out onto the newly formed ice on the reservoir and fell in. She went after them and also fell in. Brad Nelson, an officer with the Mantua Police Department, said the women fell in an area where there are no homes nearby, meaning rescue could have been an unlikely prospect.

"She got extremely lucky," Nelson said. "This backside is gated off to motor vehicles."

Johnson said the woman was in the water for about five minutes before a Brigham City employee drove by and saw her. He called 911.

"We check this area once a day," said Thomas Braithwaite, a water operator with Brigham City, of the area where he saw the woman and her dogs. "So I got up here, and seen that there was a lady that had fallen through the ice."

He added: "She grabbed hold of the dog, threw the dog up on the ice. She went under, and I thought she was done."

Mantua Police Officer Brad Nelson responded to the scene and used a water rescue device to pull the woman to shore.

"I could just see her head, and she was telling me she couldn't hold on any longer," Nelson said.

"I am super honored to witness officer Nelson in action," he said of the experience. "He did a fabulous job."

Once the woman was rescued, the dogs followed. See the video above for footage of the rescue as well as the interviews with the rescuers.

The woman was treated at a Brigham City hospital for hypothermia and has already been released and reunited with her dogs. Her identity will not be released.