Big names on the witness lists in Justice Dept. lawsuit against polygamous towns 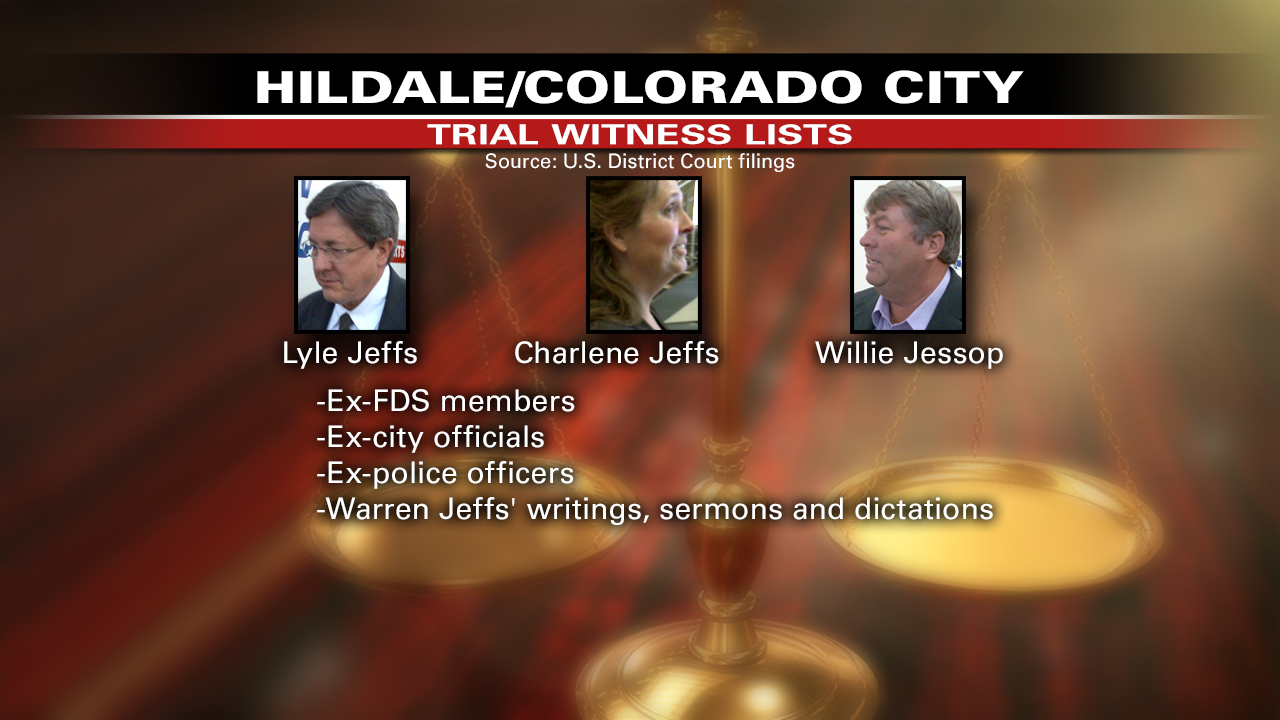 SALT LAKE CITY — A leader in the FLDS Church and former acolytes are on witness lists filed in advance of the U.S. Justice Department’s massive lawsuit against the polygamous border towns of Hildale, Utah, and Colorado City, Ariz.

The lists, filed in U.S. District Court in Phoenix and obtained by FOX 13, show the feds are calling some potentially hostile witnesses to testify in their case that the town governments have acted as de facto agents for Warren Jeffs and discriminated against anyone who isn’t FLDS.

The U.S. Justice Department claims Lyle Jeffs’ testimony (which may be in person if he can be subpoenaed) would cover “his communications with Warren Jeffs; his role in the FLDS Church; Warren Jeffs’ control over FLDS Church members, including Defendants’ city officials, from 2004 through the present; Defendants’ city officials’ communication with Warren Jeffs while he was a federal fugitive; FLDS Church instructions regarding non-members and membership in the United Order; Warren Jeffs’ dictations and edicts; the Cities’ opposition to the UEP Trust and its subdivision efforts,” among other topics.

The Justice Department filed an exhibit list where they planned to use a lot of Warren Jeffs’ sermons, writings and dictations as evidence. The feds also planned to use some letters written by city leaders to him.

Jeffs is serving a life sentence in a Texas prison, convicted of child sex assault related to underage “marriages.”

Attorneys for Hildale and Colorado City planned to call a long list of current city officials to refute claims that the governments were discriminating against non-FLDS members. They include: