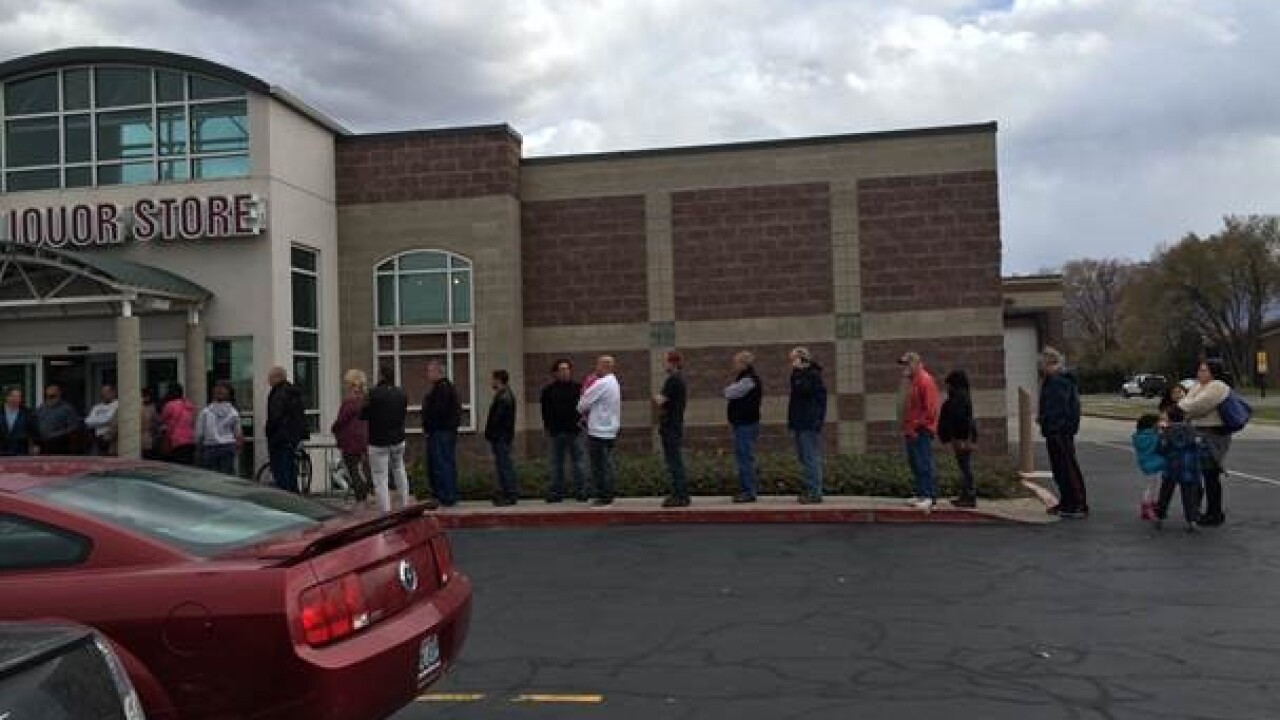 Utahns line up at liquor stores the day before Thanksgiving in 2015.

SALT LAKE CITY -- A new Utah record was set Wednesday when it comes to alcohol. According to the DABC, more than $3 million worth of alcohol was sold at Utah liquor stores across the state in just one day.

"We've been trending about 10 percent above our last year's sales, so we anticipate doing between $3 million and $3.3 million today in our 44 stores," said DABC Spokeswoman Vickie Ashby.

Utahns line up at a liquor store in Cottonwood Heights the day before Thanksgiving in 2015.

Many of the stores had long lines, more than ten people deep, throughout the day. The DABC admits some of their stores are short-staffed, but they've done all they can to keep the shelves stocked.

"So to make up for it we have a lot of people who have worked in the administrative offices who were actually out in the stores helping," Ashby said.

While wine remains the most popular choice to accompany a traditional turkey dinner, the overall sale of craft beers is on the rise, to the tune of 17 percent this year.

"Because of the variety of the types of beers that you are getting, and also people are pairing their food with their beer, it's not just wine," said Erika Palmer of Wasatch and Squatters Craft Beers.

The DABC says what's surprising is not how many bottles were sold, but which bottles.

"Our sales dollars increase at a higher rate than the number of bottles sold, so that would indicate that people are buying higher-end products," Ashby said.

Richard Allan says he never goes to the liquor store, but, on Wednesday, he just had to: It was his job.

"My sister and I are going out to her boy's house tomorrow for Thanksgiving dinner, and they told us to bring some wine, so that's what we are doing," Allan said.

Then you have your regular shoppers, who are thankful this day only comes once a year.