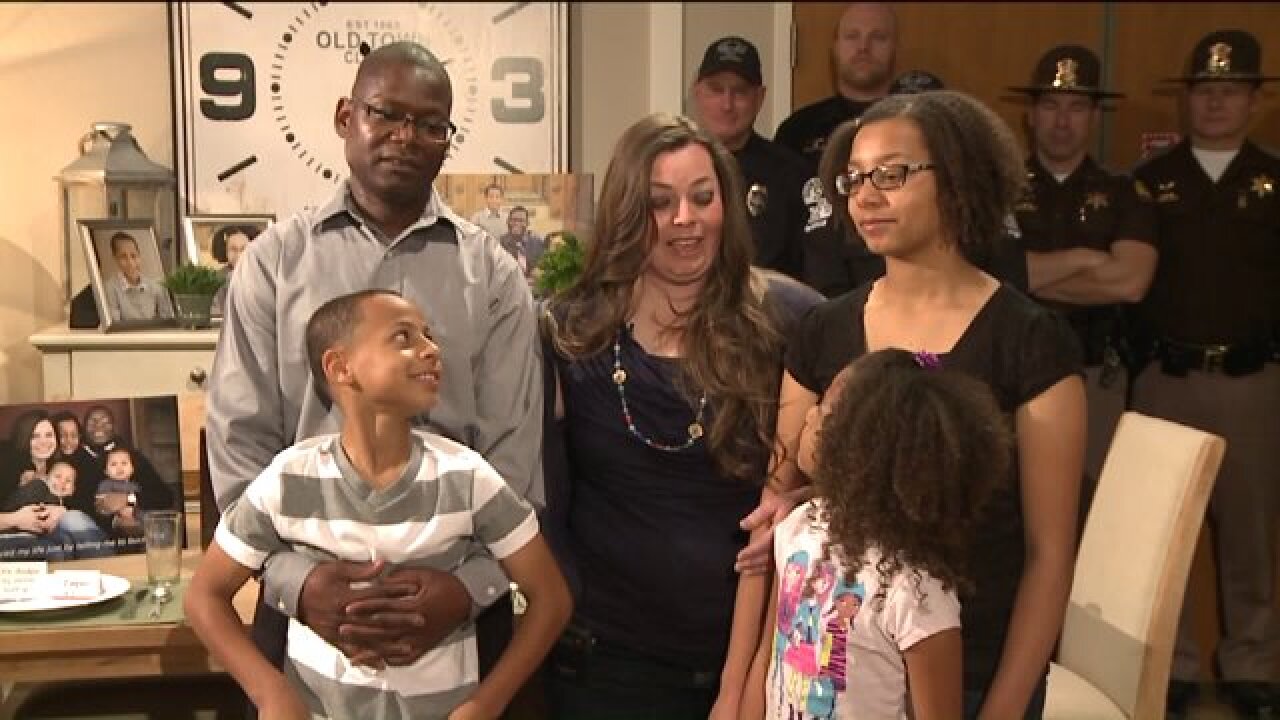 SALT LAKE CITY – The Utah Department of Transportation and Zero Fatalities joined forces Tuesday to spread awareness about the importance of wearing a seat belt.

One family shared their story about how a seat belt saved their father's life after he was in a rollover accident.

For years, Marcos Cossa refused to put on his seat belt. He's from Africa and is not used to wearing one.

Mandee Cossa recalls how her husband Marcos never wore a seat belt while they were dating in college.

“He would pick me up for various occasions, and he would never wear his seat belt,” Mandee Cossa said.

She continually reminded him to buckle up.

“It took three years for the message to be conveyed, because I had to get in the habit whenever I get in the car, I [should] fasten the seat belt,” Marcos Cossa said.

Because of Mandee Cossa’s persistence, her husband finally started wearing his seat belt. And he’s grateful.

A short time later, Marcos Cossa was in a bad car accident.

“We hit the snow and the car began rolling,” Marcos Cossa explained.

Marcos Cossa’s friend hit a patch of black ice while they were driving to school, causing the car to roll several times. Luckily, they were both wearing their seat belts at the time.

“I could’ve cracked my skull,” Marcos Cossa said. “I know, for sure, I could’ve died.”

Marcos Cossa walked away with scratches and bruises, but doctors say if he hadn’t been wearing his seat belt, he would’ve died.

“I’m so thankful for my wife,” Marcos Cossa said. “I would just tell her ‘you saved my life because of the seat belt.’”

Mandee Cossa now shares her message with other families about the importance of buckling up.

“My future would be drastically different,” Mandee Cossa said. “We had no children at the time. And I wouldn’t have them today if he had not worn his seat belt. So, I encourage everyone to remind their loved ones to wear their seat belt. You never know what kind of accident you could be involved in.”

The Cossa family and UDOT reminds families to wear seat belts while traveling this holiday season. They say one click could be the difference between life and death.