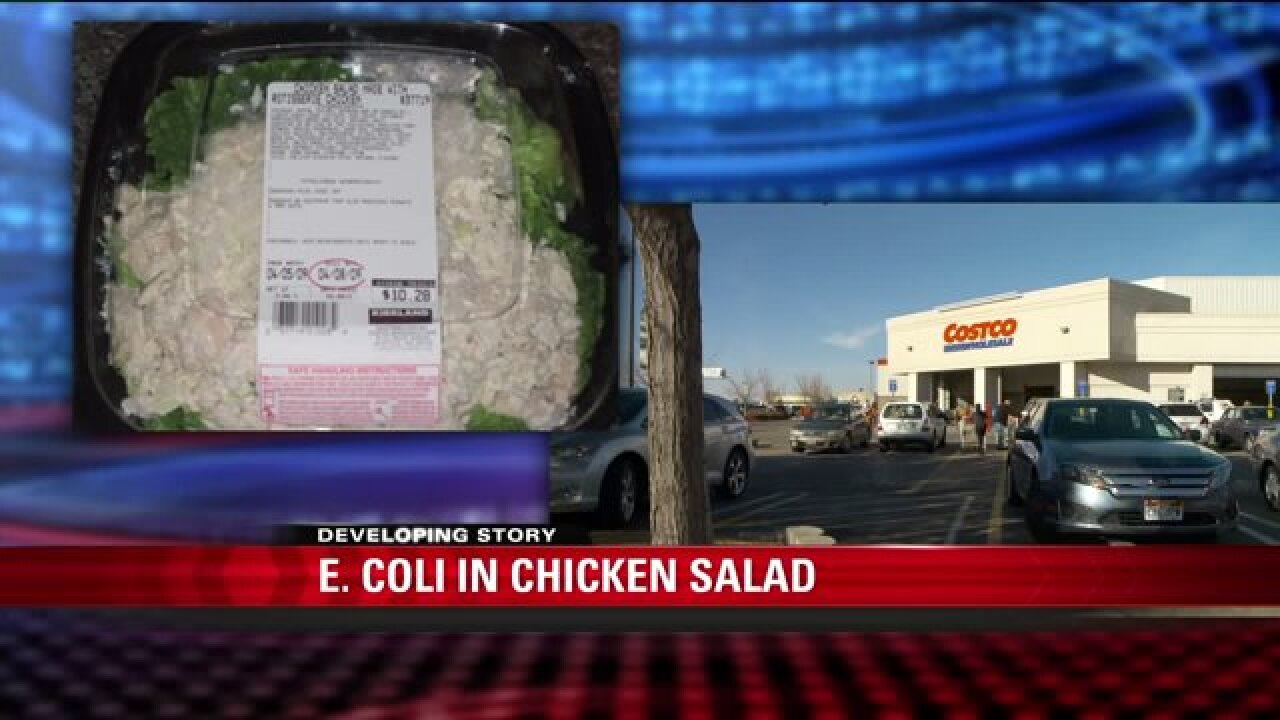 So far, cases have been reported in seven states, including five cases in Utah.

Those sickened in Utah are between the ages of 9 and 84 and include three women and two men.

Two people in Utah have been hospitalized, no deaths have been reported.

The UDAF assisted in the investigation by gathering product samples for testing and encouraged stores to remove the product from sale.

Most of the cases, including four out of the five Utah cases, reported eating Costco chicken salad.

The Utah Department of Health said in a news release:

"Although the chicken salad has not tested positive for E. coli O157:H7, there is a strong association between reported illness and eating the salad. Out of an abundance of caution, Costco removed the chicken salad from their Utah stores on Friday, November 20th. However, people who bought chicken salad may still have the product in their refrigerators."

Consumers with “Chicken Salad made with Rotisserie Chicken” – item number 37719 – purchased from Costco in Utah should not eat it or feed it to your pets.

Officials said you should either return it to the Costco store where it was purchased or throw it away.

Other states with confirmed E. coli cases linked to the chicken salad include Colorado, Montana and Washington.

If you have recently eaten Costco chicken salad and are currently experiencing these symptoms, consult your health care provider.