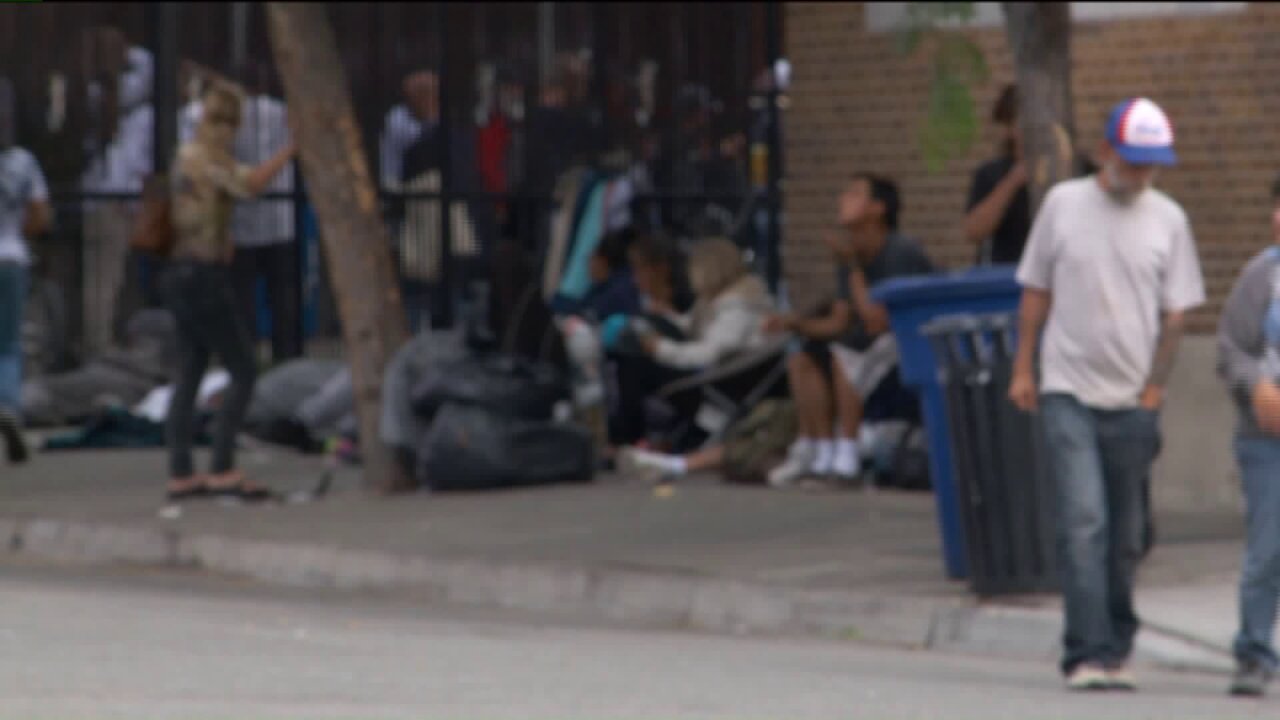 The plan, unveiled Monday morning at a meeting of the Homeless Services Commission, would create smaller homeless shelters and scatter them around. Families with children would get their own shelter, while single people would be in their own buildings.

It comes after months of study about what to do with the homeless around the Rio Grande building and Pioneer Park. Three options emerged: a centralized facility, scattered facilities, and a mix of the two.

In the end, the Homeless Services Commission recommended option two, based on their own study and the overwhelming amount of public input.

"The homeless population has to be recognized as individual people who have individual needs and need to be able to care for the homeless will take individual processes," said Gail Miller, the owner of the Larry H. Miller Group, who sits on the Homeless Services Commission.

The decision to relocate the shelters comes at a time when development is booming around the existing shelter in the Rio Grande neighborhood. It's put extra scrutiny on the Road Home, St. Vincent de Paul and other homeless services.

Advocates for the homeless say they support the concept of smaller shelters, but insist there still needs to be a downtown shelter.

"People will be downtown. We need to provide services for them or the situation that so alarms people will get worse," said Glenn Bailey with the Crossroads Urban Center.

Salt Lake City Mayor-elect Jackie Biskupski said she believed there is a chance the Road Home will stay exactly where it is, while other shelters are built. However, she said she'd like to see them spread across the entire county along transit corridors.

"It cannot be Salt Lake City without question," Biskupski told FOX 13. "It's not just our issue and it's a huge financial burden."

Political leaders are already bracing for cries of "not in my backyard" from communities that would be eyed for a newer, smaller shelter. Kim Correa, the director of the Inn Between, a hospice for homeless people, said city councils will have to make zoning changes to accommodate the new neighbors.

"I really hope this commission puts their money where their mouth is and paves the way for that to take place through zoning," she said.

Moving the shelters will not be cheap. Salt Lake County Mayor Ben McAdams said they would request $20 million in startup funding from the Utah State Legislature, plus $7 million annually. There will be $10 million in matching funding from private donors to make the plan happen.

House Speaker Greg Hughes, R-Draper, was at the Homeless Services Commission vote and said he liked the ideas, but was not willing to commit the funding without running it past his fellow legislators.

"There's always more priorities and more requests than there are dollars," he told FOX 13. "So this will have to fit into that process."