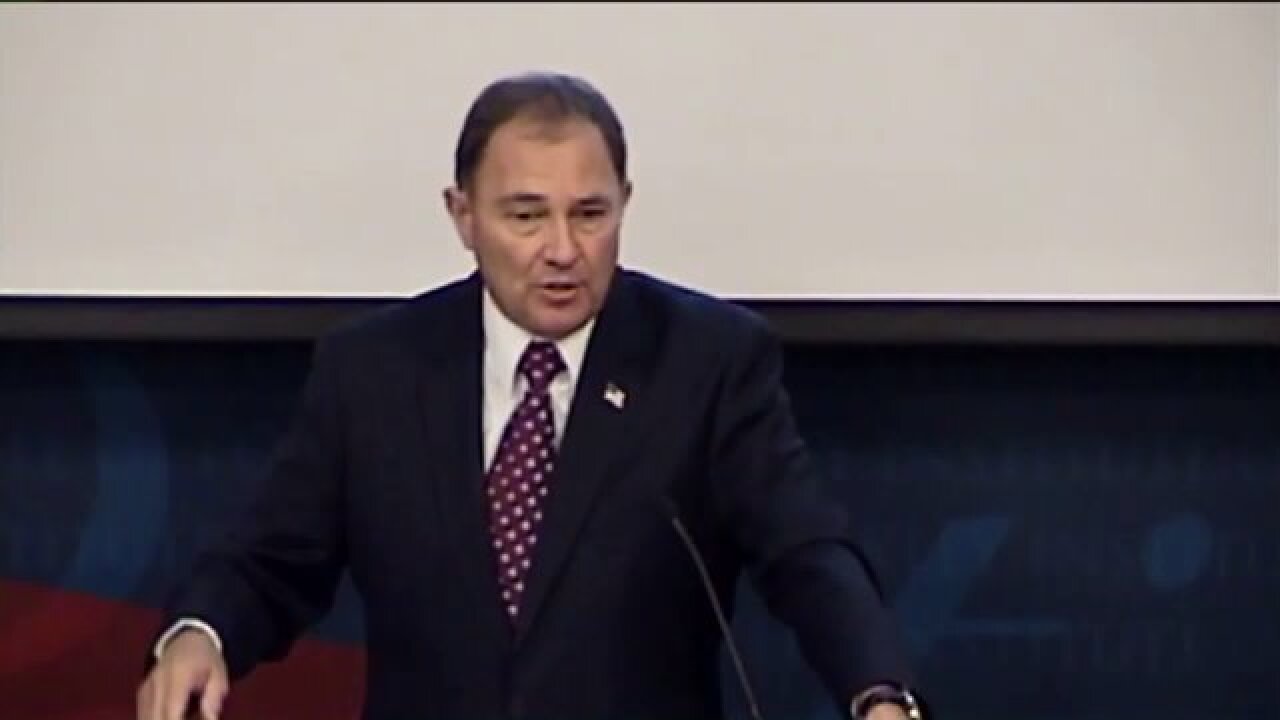 SALT LAKE CITY – Gov. Gary Herbert received a letter from the White House laying out the screening process for Syrian refugees before they’re admitted to U.S.

While governors technically don’t have the ability to stop refugees from coming into their states, Herbert is the only Republican who has not refused Syrian refugees. However, he is considering a federal plan that would limit the intake of Syrian refugees, a move that would put him in line with Utah’s congressional delegation.

Herbert spoke at the Hinckley Institute of Politics Monday at the University of Utah campus. He clarified his position on allowing Syrian refugees into Utah, the only Republican governor to do so.

“We’re not going to change what we’re doing. We’re not going to cower in fear because of the terrorists but we’re certainly have a responsibility to be prudent and look through the process to see if we can improve it,” Herbert said.

Herbert is calling for a review of the vetting process, despite reassurances from the White House. In a letter sent to all governors, federal leaders wrote, “That not one has a right to be resettled in the United States as a refugee.”

The letter also states, “If the expert screener fails to be satisfied, the applicant will not be resettled in the U.S.”

“It’s not a matter of abandoning refugees that need asylum and help. It’s a matter of making sure we don’t have terrorist coming into our country,” Herbert said.

Those sentiments were echoed by Sen. Mike Lee.

Lee is taking one things a step further, calling for a halt to the President Barack Obama's plan to accept 10,000 Syrian refugees. Lee also shot down claims that he’s acting out of fear.

Rep. Mia Love also weighed in. Her parents emigrated from Haiti during political repression in the 70s. She said it’s important to balance compassion and safety.

“Making sure we balance our compassion with our responsibility to Americans in terms of making sure we have a very good vetting process and screening process. That’s absolutely important,” Love said.

About 12 Syrians have resettled in Utah this year. Before the terror attacks in Paris, the plan was to welcome 100-150 Syrian refugees to the Beehive State over the next year.