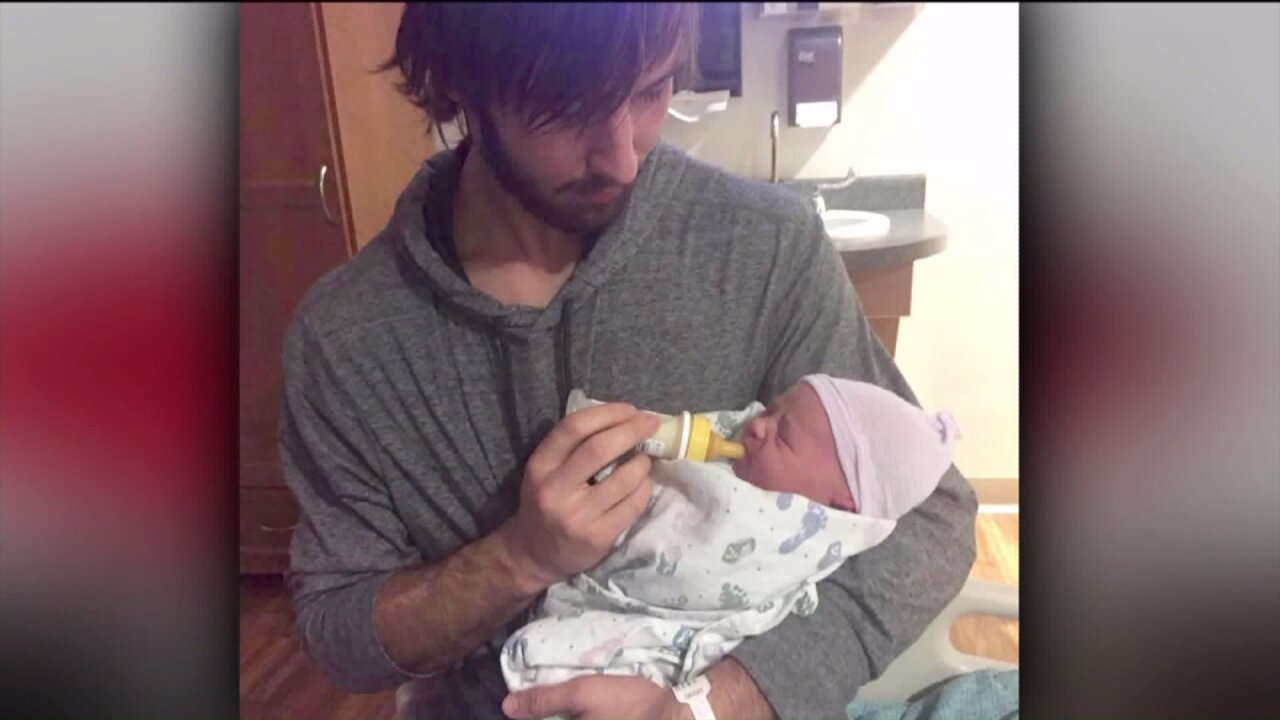 CACHE COUNTY, Utah -- The adoptive parents of a newborn child Cache County has since returned her to her biological mother after adoption papers were signed to give her up.

Kaylee, born Nov. 4, was turned over to her adoptive parents last week after her biological mother signed adoption papers. The child's biological father, Colby Nielsen, did not sign and was against the adoption.

Hutchins said he hopes to get Kaylee back to Nielsen.

The adoptive parents released statement saying they were formally relinquishing all custodial rights.

“We are happy to have reunited Kaylee with her loving biological mother,” the statement indicates.

The story of Kaylee's adoption gained attention across social media when Nielsen told his story of having to give up his daughter.

Read the full statement of the former adoptive parents here:

"Sadly, misinformation has caused immense pain and suffering by all parties involved. Our hearts go out to both biological parents. We are formally relinquishing all custodial rights. We are happy to have reunited Kaylee with her loving biological mother. We believe the couple, if unfettered by legality and other pressures, will be able to decide what is best for Kaylee. This is how the situation should have always been resolved. At no point has Kaylee ever spent a 24 hour period away from one of her biological parents. Our intent was always to have a completely open adoption, as discussed with both biological parents prior to birth. We have always wanted what is best for Kaylee. Had we known that all parties were not in agreement in these regards, the adoption never would have taken place. We have hope that this may yet be a happy story for Kaylee and her biological parents."

Hutchins said Nielsen cared for his daughter for 13 days before she was taken away.

"He washed her, bathed her, fed her, nurtured her, loved her and now to return the child back to a parent who didn't want her, not only defies logic but is arguably against the law," Hutchins said.

Greg Skorkas, a legal analyst for Fox 13 News, says it’s not that complicated and the adoptive parents probably have not broken the law.

"The adoption, for all intents and purposes, is now set aside," Skordas said.

Skordas said the adoptive parents probably did what the courts were going to do anyway, give Kaylee back to her birth parents to work out custody.

"The father is going to be in the position of a father now,” Skordas said. “Whether or not the mother wants to reestablish her position and say I want to step back in also remains to be seen."

Nielsen’s attorney says the two parents are in contact.

"We want open lines of communications, we want to resolve this if we can.  We're not interested in running off to the court," Hutchins said.

What happens next with Kaylee likely depends on what her birth parents decide.

If they can reach an agreement, the courts may not get involved.  If they can’t, Nielsen’s attorney says the failed adoption may help his client’s case.