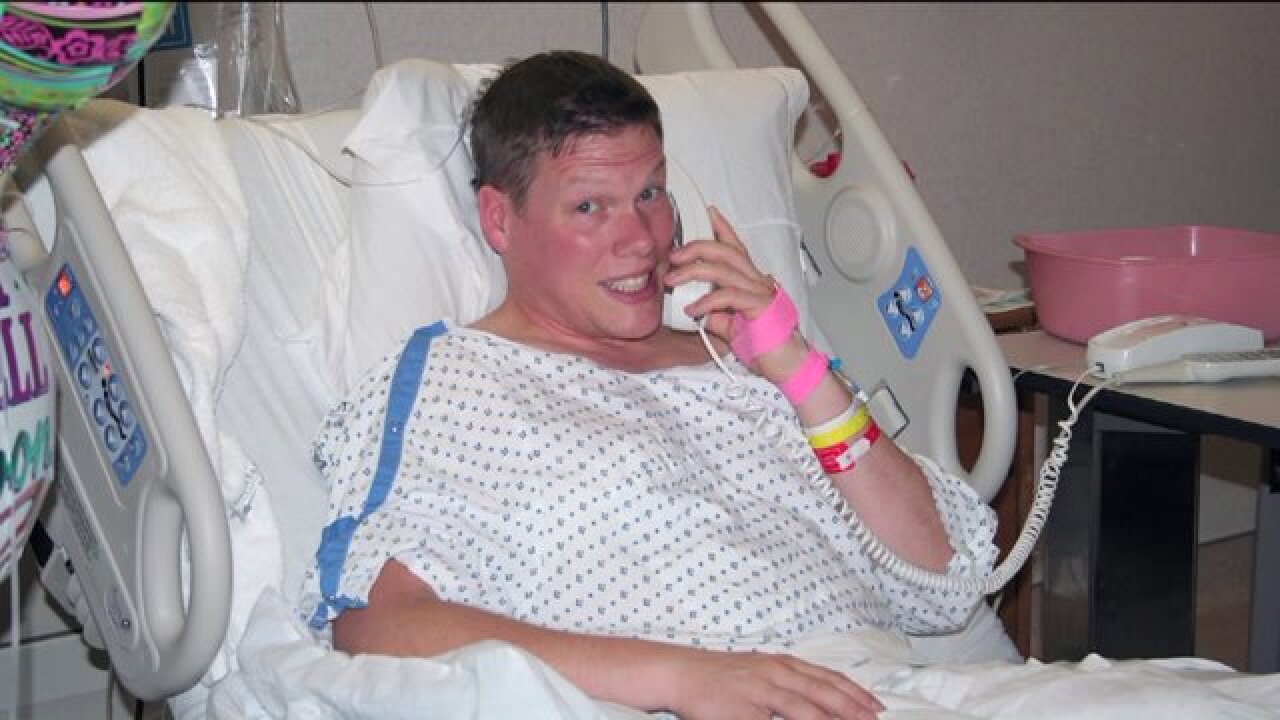 SALT LAKE CITY -- One in a thousand men are diagnosed with a disease most commonly known to show up in women, and one Utah man was shocked after being diagnosed with breast cancer in 2011.

Three years later, it's back, and now he has a warning for other men.

“It was the fall of 2011,” Alan Blood recalls. “I noticed a lump on the right side of my chest, and it seemed kind of strange.”

After meeting with a general surgeon, Alan decided to go through with a lumpectomy, but not for a month and a half. Days later, his doctor told Alan and his wife Michelle the results.

“He said, ‘I don’t know what else to tell you, you have breast cancer,’” Blood said. “And I distinctly remember the air just leaving the room, and we were just shocked.”

Alan had a mastectomy and chemotherapy and thought he was in remission. But in September, doctors discovered the cancer was back.

This time it had metastasized to his lungs, spine, chest, hips, and brain. After three years of hormone therapy and regular checkups, it came as a shock.

Michelle Blood said the diagnosis has been difficult.

“When you get news like that, when you hear that your husband has something that could be terminal, it's not easy news to take,” she said.

Michelle and Alan say they do their best to stay positive for the kids, but it has changed the family completely.

“Everyone has done the best they can,” Michelle Blood said. “We cry on a regular basis, and we do our best to make it one day at a time and... it’s hard.”

There are breast cancer awareness campaigns throughout the country, but they're usually for women. The Blood family says more needs to be done for men.

They’re getting help from a group called "Anything for a Friend”, and that foundation held a fundraiser to help raise awareness last week.

“If there’s a lump, if there’s something you feel is wrong, it’s important to get it checked out as soon as possible,” Alan Blood said. “Don't mess around.”

“It's a very scary thing,” Michelle Blood added. “So I want others to catch it early. And, uh, we can’t go back in time, but we can help others, and that’s our goal.”

Alan Blood says the message is clear: male breast cancer is real and it should be addressed aggressively. He is the 34th recipient from Anything for a Friend. To learn more about the foundation, visit their website.