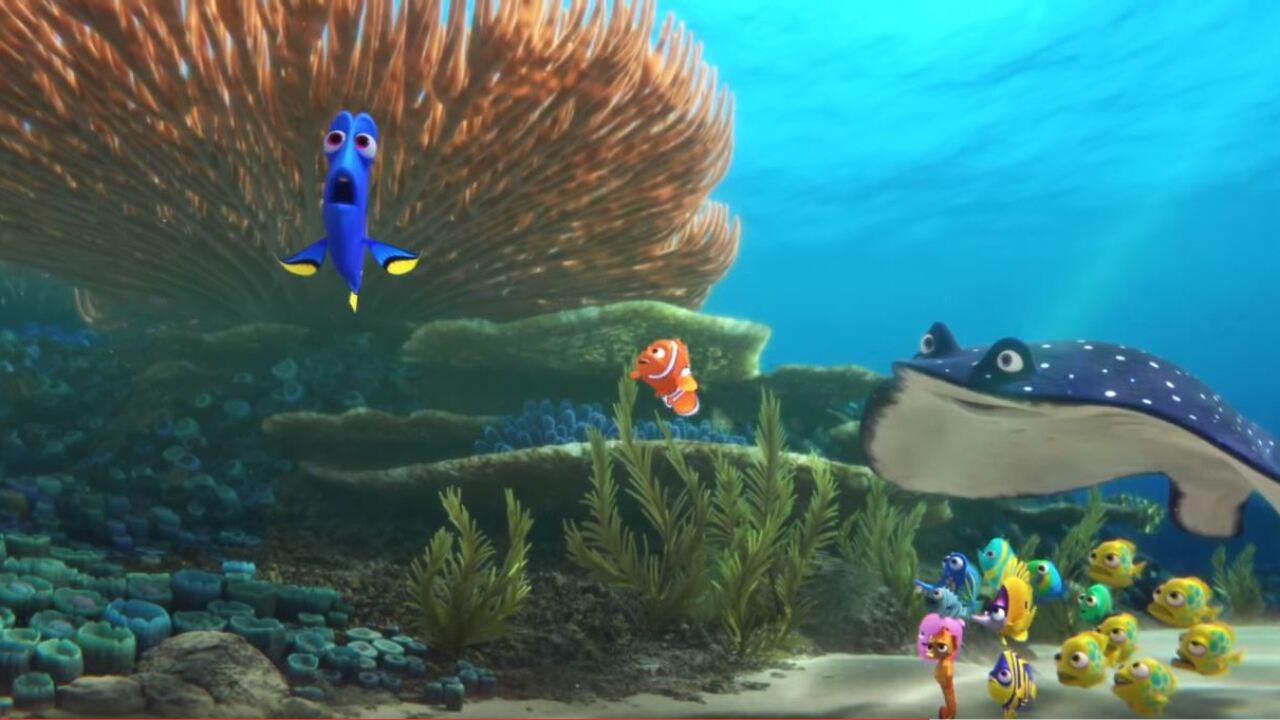 A screen capture from the trailer from the upcoming Disney/Pixar film: “Finding Dory”

(CNN) — On November 22, 1995, “Toy Story” hit theaters, introducing the world to Sheriff Woody and Buzz Lightyear and forever changing the way movies are made.

The first feature-length film to be animated by computers, “Toy Story” also kicked off an unprecedented run of success for its maker, Pixar. Now owned by Disney, the animation studio has produced 15 films — all of them box-office hits — that together have won seven Oscars and earned more than $9 billion worldwide.

Twenty years later, as Pixar prepares to release its new film, “The Good Dinosaur,” we offer this look back at our favorite characters from its movies.

We have nothing against protagonists, but they tend to be straight-man (or woman) types whose main purpose is to drive the story. Often it’s the supporting characters (sorry, Woody) who are the most colorful and memorable.

And, usually, the funniest.

With his mix of can-do bravado and general cluelessness — neatly summed up in his catchphrase, “To infinity and beyond!” — the loyal, square-jawed Buzz (voiced by Tim Allen) makes a perfect comic foil to straight-man Woody. As an action figure who sometimes thinks he’s a real astronaut, he generates consistent laughs, especially in the third movie when he is accidentally reset and starts jabbering in Spanish. ¡El Vaquero!

The wisecracking spud provides a running sarcastic commentary while longing for a mate, which he gets at the end of the first movie. He’s always up for a gag. “Look, I’m Picasso!” he tells the pig Hamm after moving his face pieces around. When Hamm doesn’t get the joke, Mr. Potato Head calls him a hockey puck — a trademark line coming from the voice of insult comic Don Rickles, who’s had a great deal of fun with the character.

Who else but Pixar would take a Tyrannosaurus rex, perhaps the most fearsome beast in the history of the planet, and turn him into a timid neurotic? Brilliantly voiced by Wallace Shawn, Rex is an excitable, video-game loving bundle of nerves. After shunning Woody in the first movie only to realize at the end that the cowboy was actually trying to help Buzz, Rex says, “Great! Now I have guilt!”

It would be amusing enough if he was simply a gluttonous green caterpillar. Who talks. But name him Heimlich and give him a sing-song German accent — “you poo poo heads!” — and he’s the funniest thing in the movie.

Sulley (“Monsters, Inc.” and its sequel)

Kindhearted by day, “scary” by night, this shaggy blue creature (voiced by John Goodman) is an effective counterpoint to the manic shtick of his one-eyed buddy Mike (Billy Crystal). Sulley’s scenes with Boo, the tiny girl he is charged with terrifying in “Monsters, Inc.,” are the emotional heart of the film.

Albert Brooks does solid voice work as Marlin, the fearful, overprotective clownfish who leads a desperate journey to rescue his abducted son. But it’s the inspired casting of Ellen DeGeneres as Dory, a ditzy blue tang with short-term memory loss, that elevates the movie. Whether repeating herself or calling Nemo “Harpo,” she steals almost every scene she’s in.

Inspired by Steven Spielberg’s nickname for the mechanical shark in “Jaws,” Bruce (voiced by Barry Humphries of Dame Edna fame) is the fearsome but courteous great white shark who invites Marlin and Dory to an improbable (and rather tense) support group for sharks who are trying to stop eating fish. “Today’s meeting is Step 5 — bring a fish friend,” Bruce says to the others. “Everyone brought a fish friend?”

Half German, half Japanese, fashion designer Edna “E” Mode provides the Incredibles with their outfits. She’s seemingly a combination of James Bond’s Q and eight-time Oscar-winning designer Edith Head, though “Incredibles” writer-director Brad Bird — who voiced the character — has said the latter isn’t the case. (She does, however, resemble actress Linda Hunt.) She’s a gifted designer, an assertive life coach and a witty talker. Just don’t ask her about supermodels, whom she dismisses as “stupid little stick figures with poofy lips who think only about themselves.”

Pixar’s movies got a welcome jolt of color when Samuel L. Jackson was cast as Lucius Best, whose alter ego, the superhero Frozone, can form ice from moisture in the air. Frozone helps save the day in the movie’s climax, but not before asking his wife, “Where is my supersuit? You tell me where my suit is, woman! We are talking about the greater good!”

OK, so the character — a rusty tow truck with a goofy grin and a good-ol’-boy drawl — is sort of a redneck cliche. But he can drive backward like nobody’s business. And Larry the Cable Guy brings Mater to life with an irrepressible hillbilly spirit: “I’m happier ‘n a tornado in a trailer park!”

Comedian Patton Oswalt mostly plays it straight in voicing this idealistic French rat with an improbable gift for gourmet cooking (and the ability to understand English). Remy has teal fur and a pink nose, but his cuteness is secondary to his talent in the kitchen, which he exhibits with passion and none of the arrogance so common to great chefs. Ridiculous as it may be, his story is an inspiration to any misfit who must overcome hurdles to achieve their dreams.

Robot Wall-E (Waste Allocation Load Lifter: Earth class) has maybe the friendliest eyes of any Pixar character, comparable to a Furby’s, but he has one of the worst views: the garbage of a ruined Earth, left behind by departing humans. Then a female robot shows up, and Wall-E is smitten. His character barely speaks but conveys multitudes, thanks to Pixar’s brilliant design and the sound effects of Oscar-winning sound editor Ben Burtt.

A crotchety, wistful senior citizen, Carl is the kind of character only Pixar would try to pull off these days. Ed Asner’s voice work gives Carl a great deal of range, and his gradual acceptance of Russell, the young Wilderness Explorer, plays beautifully. But let’s face it, we learn all we need to know about the former balloon seller’s heart in the amazing four-minute sequence in which he romances his wife, Ellie, and embarks on a life absent of the travel he always dreamed of but full of a love he could only imagine. We’re crying just thinking about it.

A friendly, misfit golden retriever who can voice his thoughts aloud through a device on his collar, Dug is a stroke of comic genius and pretty much irresistible. “My name is Dug. I have just met you, and I love you. Squirrel!”

Bing Bong (“Inside Out”)

Part cat, part elephant, part swirl of cotton candy, Bing Bong is an imaginary childhood friend of Riley, the 11-year-old girl whose inner life the movie reveals. Abandoned, lonely and desperate to reconnect with Riley, he sacrifices himself to help Joy and Sadness — two of Riley’s misplaced emotions — find their way home. Oh, the tears.