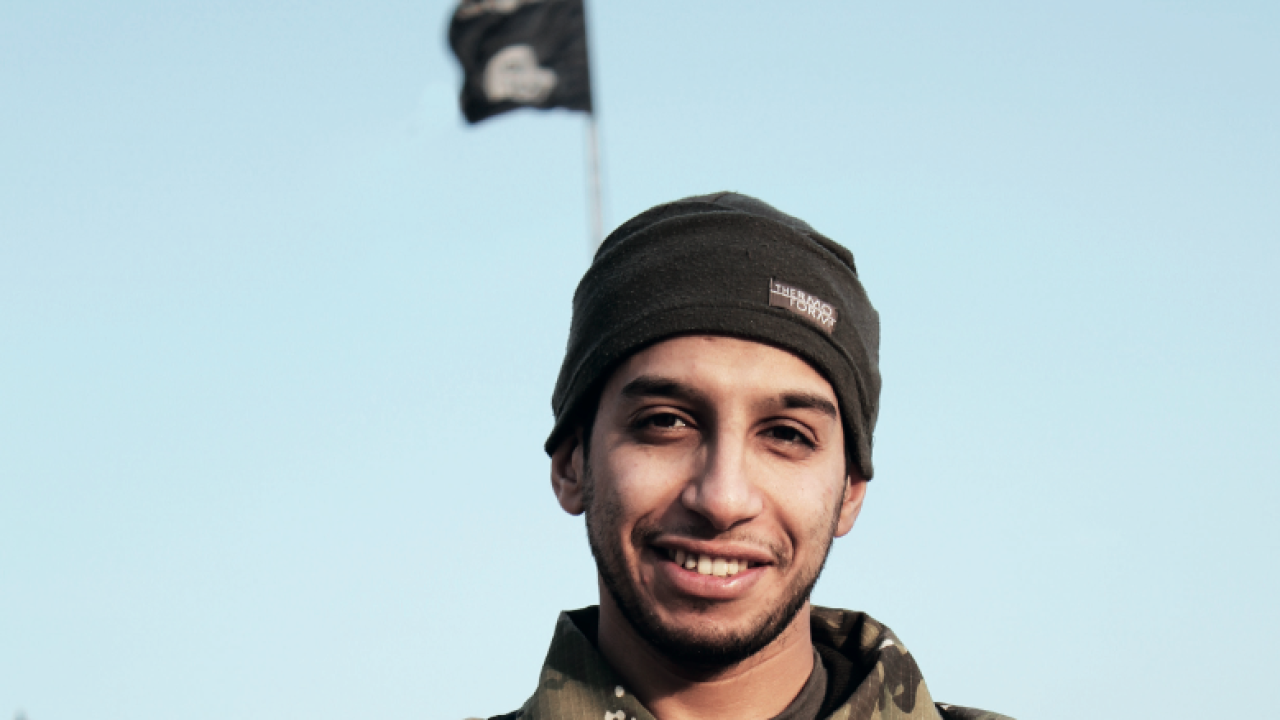 PARIS – The ringleader in last week’s bloody terrorist attacks in Paris was killed in a pre-dawn raid Wednesday on an apartment building north of the French capital, the Paris prosecutor’s office announced Thursday.

Authorities zeroed in on a building in the Paris suburb of Saint-Denis after picking up phone conversations indicating that a relative of Abdelhamid Abaaoud, who authorities believe coordinated the shootings and bombings that killed 129 people, may have been there, a Belgian counterterrorism official said.

French police believed Abaaoud himself was then still in the country, though they didn’t know exactly where. Some residents in Saint-Denis told CNN that they had seen Abaaoud recently in the neighborhood and at a local mosque.

It turns out Abaaoud was in that building in Saint-Denis. And after a violent firefight that included explosions and gunfire, he was dead.

In a statement released Thursday, the Paris prosecutor’s office said that Abaaoud’s body was found in the Saint-Denis building riddled with bullets. The office said that he was positively identified using papillary prints, which include patterns on fingers, palms and the soles of the feet.

Exactly how he died, at this point, isn’t known. Police fired around 5,000 rounds of ammunition in the confrontation and used strong munitions that spurred a floor to collapse.

The prosecutor’s office said Thursday that authorities still don’t know whether Abaaoud blew himself up or not. That’s what officials say happened with the raid’s only other fatality, that of a woman suicide bomber that Belgian state broadcaster RTBF reported was Abaaoud’s cousin.

A police dog also died in the operation, while five police officers were slightly wounded.

Abaaoud’s death, though, does not mean investigators’ work is over. Far from it.

For one, at least one Paris terror suspect, a French citizen named Salah Abdeslam, remains at large. And the threat from ISIS, which has boasted about the carnage and threatened more such attacks worldwide, remains very real.

Abdeslam is one of three brothers allegedly involved in Friday’s coordinated attacks at the Bataclan concert hall, outside the French national soccer stadium and at restaurants in the French capital. Though he’s a French national, he was born in Belgium.

That’s one of several connections between this latest attack and Belgium, a country seen by some as fertile ground for jihadist recruiters. It’s where members of a suspected terror cell waged a deadly gun battle in January with police and also where three Americans in August overpowered a radical Islamist gunman on a Paris-bound train.

Thursday, Belgian authorities conducted six raids on Brussels locations related to Bilal Hadfi, one of those who blew himself up outside the Stade de France where the French and German soccer teams were squaring off before tens of thousands of fans, said Eric Van Der Sypt from the Belgian federal prosecutor’s office.

There was also a seventh raid in the Brussels suburb of Laeken in connection with the Paris attacks, and one person was taken in for questioning, according to Van Der Sypt.

While they have named Abaaoud, authorities have not yet identified the other terror suspect who died with him or the eight people detained in connection with the Saint-Denis raid.

Those held do include the person who loaned the apartment to the suspected terrorists and his friend, according to authorities. Two of the eight were hospitalized, the Interior Ministry said.

Whoever those inside the apartment were, they may have been preparing to unleash more terror on the streets of Paris.

The suspects appeared to be “prepared to act” in another possible attack, Paris Prosecutor Francois Molins said Wednesday, noting their weaponry, structured organization and determination.

Officials are working to piece together where the terrorists were in the days and hours leading up to the attacks, and with whom they had contact. They also want to talk to anyone associated with them, or perhaps others who are planning more attacks.

Still, while there are many people wanted by authorities after last week’s bloodshed, Abaaoud had been their main target.

Belgian authorities knew he’d gone to Syria at one point, but didn’t realize he’d returned to Europe, according to a counterterrorism official in that country.

In fact, Abaaoud had bragged in the past of being able to move between Syria and Europe at will. Western intelligence agencies are reported to have tried to target him in the months prior to the Paris attacks without success.

Investigators have discovered at least one piece of evidence that could help them in their search: One of the attacker’s cell phones was found in a trash bin outside the Bataclan concert hall, where most of Friday’s victims were gunned down.

A message on the phone, according to Molins, said, “On est parti, on commence,” which translates to “We’ve left, we’re starting.”

Authorities are trying to determine who the recipient of that message was, he said.

Authorities are using the state of emergency declared by President Francois Hollande to carry out a widespread clampdown on potential terrorist threats, detaining dozens of people, putting more than 100 others under house arrest and seizing an alarming array of weapons.

Hollande held up Wednesday’s deadly clash between police and suspects in Saint-Denis as further proof that France is “at war” with ISIS, which is notorious for brutally imposing its warped interpretation of Islam on the millions of people living in the territory it controls in Syria and Iraq.

At the President’s request, France’s lower house voted Thursday to extend this state of emergency for three more months. The bill now goes to the French upper house, or Senate, for an expected vote Friday.

The Paris attacks and ISIS’ claim of bringing down a Russian passenger jet over Egypt last month have underscored the extremist group’s desire to expand the reach of its terror.

Already part of the U.S-led coalition that’s bombing ISIS targets in Syria and Iraq, France has stepped up its airstrikes on the militants in recent days.

Hollande said he would appeal to world leaders to form a wider coalition to go after ISIS, including meeting next week with U.S. President Barack Obama and Russian President Vladimir Putin.

Russia has taken military action in Syria independently of the U.S.-led coalition, attacking ISIS but also other groups opposed to Syrian President Bashar al-Assad, a close ally of Moscow.

Talking to French lawmakers Thursday about extending that country’s state of emergency, Prime Minister Manuel Valls warned that not taking steps to combat ISIS could have dire consequences. For proof, he pointed to their history of executions, bombings, beheadings and added that the use of chemical and biological weapons can’t be ruled out.

“The way they are killing is constantly evolving,” Valls said. “The grim imagination of those giving the orders has no limit.”