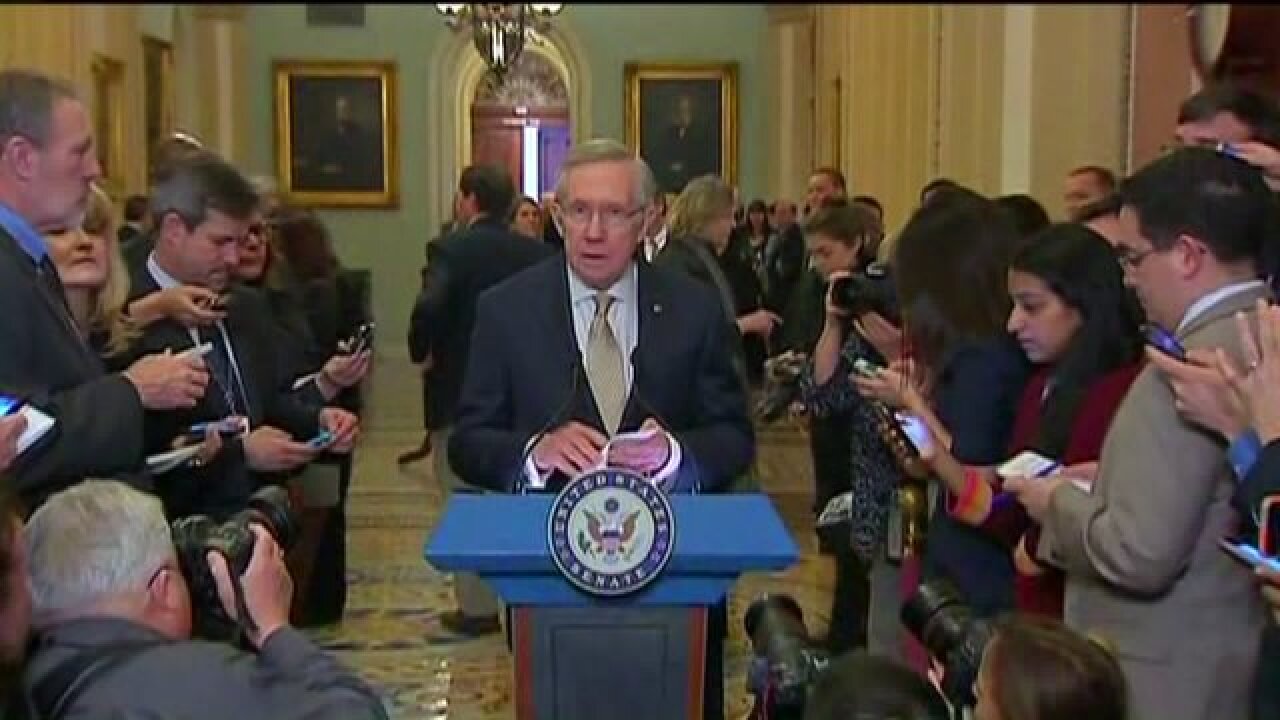 The allegation got little traction because they came from an indicted businessman and they were aimed at the then Majority Leader of the United States Senate.

That was three years ago and the start of a landslide of allegations forcing John Swallow to resign. Now, Swallow faces corruption charges, along with his predecessor Mark Shurtleff, and prosecutors in Utah are taking Jeremy Johnson's allegations seriously enough to demand evidence from the Federal Government.

Davis County Attorney Troy Rawlings is spearheading the investigation. He released a statement confirming his interest in Reid as part of his demand for evidence from the FBI and the Justice Department. The statement titled "In Response to Specific Questions:" is reproduced in its entirely below:

"As an appointed Special Assistant Utah Attorney General with statewide jurisdiction, we are looking into allegations related to Senator Reid (and others) due to (1) the overlap in facts and multiple witnesses with the Mark Shurtleff case (Mr. Shurtleff himself even reported what he felt may be potential crimes); (2) the direction of the evidence we have accumulated - it demands a thorough vetting by someone with authority do to it; and (3) our Brady-Giglio obligations to provide all relevant and material information, or evidence that can lead to such, to defendant Shurtleff and his counsel. Please note: Mark Shurtleff, Senator Reid and the others are presumed innocent and may in fact be innocent. However, to simply ignore and run from what has been presented by multiple witnesses and sources, and the potential impact on the Mark L. Shurtleff case, would mean I am either intentionally blind, or overly worried.

The DOJ indicated, in 2013, they did not feel federal crimes were committed by Mr. Shurtleff, so in September of that year, a court order was obtained, making this a state case. However, fences with locked gates, have been put around what the DOJ says the state case be about. I view the Motion to Compel as a mandatory pursuit in the Mark L. Shurtleff case for multiple reasons, including the fact that a case can be dismissed for a prosecutor’s knowing failure to pursue material the defendant is constitutionally entitled to. I am trying to ensure that Mr. Shurtleff gets what the constitutions of both Utah and the United States (and the Supreme Court of both), say he is. It is not up to the DOJ to tell me who can and who cannot be investigated and what evidence is relevant and material to a state case.

The DOJ maintains I cannot have certain requested information because I have not demonstrated, to their satisfaction, why I need it (and why I must provide it to defendant Shurtleff). I maintain the DOJ already knows why I am pursuing most all of the material and that it is my call, as the prosecutor in a State of Utah case, not theirs.

My fight is not with the local Federal Bureau of Investigations - Utah. I am not making allegations against the local FBI with respect to running interference and have made that clear in court pleadings. However, I do remain burdened by issues with the Department of Justice, particularly the clear evidentiary and witness intersections and ramifications to our state case."

The office of the U.S. Attorney for Utah recused itself from the cases against Shurtleff and Swallow, and referred FOX 13 to court filings from a Justice Department Lawyer in Colorado. That filing says in part:

"The Federal Bureau of Investigation has shared with the Sate with all of the relevant documents it believes it has related to the prosecution of Mr. Shurtleff. That amounts to hundreds of thousands of pages of documents, (or their electronic equivalent), and includes any information the FBI might have that would be required to be disclosed... However if the State wants the FBI to produce documents that have not been determined to be relevant, federal regulations... require the FBI to ask the State to explain the relevance of the material it seeks so that the FBI can determine if federal law allows the disclosure of those documents."

Former U.S. Attorney for Utah, Brett Tolman, talked to FOX 13 about what he sees as an unusual conflict between the Justice Department and Rawlings, saying he thinks Rawlings is a good prosecutor the feds should trust with whatever evidence they have.

Senator Harry Reid's office did not respond to FOX 13's request for comment. He has denied any involvement with this situation in the past. Later Wednesday, Rawlings sent a statement he said he received from Senator Reid through a spokeswoman about Rawlings and the case in Utah:

“This individual has decided to use Senator Reid’s name to generate attention to himself and advance his political career, so every few months he seeks headlines by floating the same unsubstantiated allegations, which he admits have been dismissed by federal prosecutors.”

In the same email, Rawlings issued this response to that statement:

“I have no political career. I will run for no other office. I need no additional attention. I turn down radio and TV interviews on a regular basis. This is not a PR game. What I do want, to use your terminology, is (1) every scrap of evidence used by federal investigators and prosecutors in unsubstantiating, dismissing or not pursuing the allegations you refer to (thank you); (2) your full waiver of privacy rights under FOIA in connection with all documents that memorialize, refer or relate in any way to the allegations so we can obtain the information through that means; and (3) a chat about the unsubstantiated allegations that were not pursued by federal prosecutors. You may end up being an important witness. I have a defendant in Utah, Mr. Mark L. Shurtleff, who, like you, is presumed innocent and is entitled to all of this material based on multiple critical investigative intersects. Please urge the Department of Justice to provide the exonerating evidence and information so we do not have to litigate the issues in Utah. Your anticipated assistance is greatly appreciated.”