Families, lawmakers and physicians in Utah debate the right to ‘Die with Dignity’ 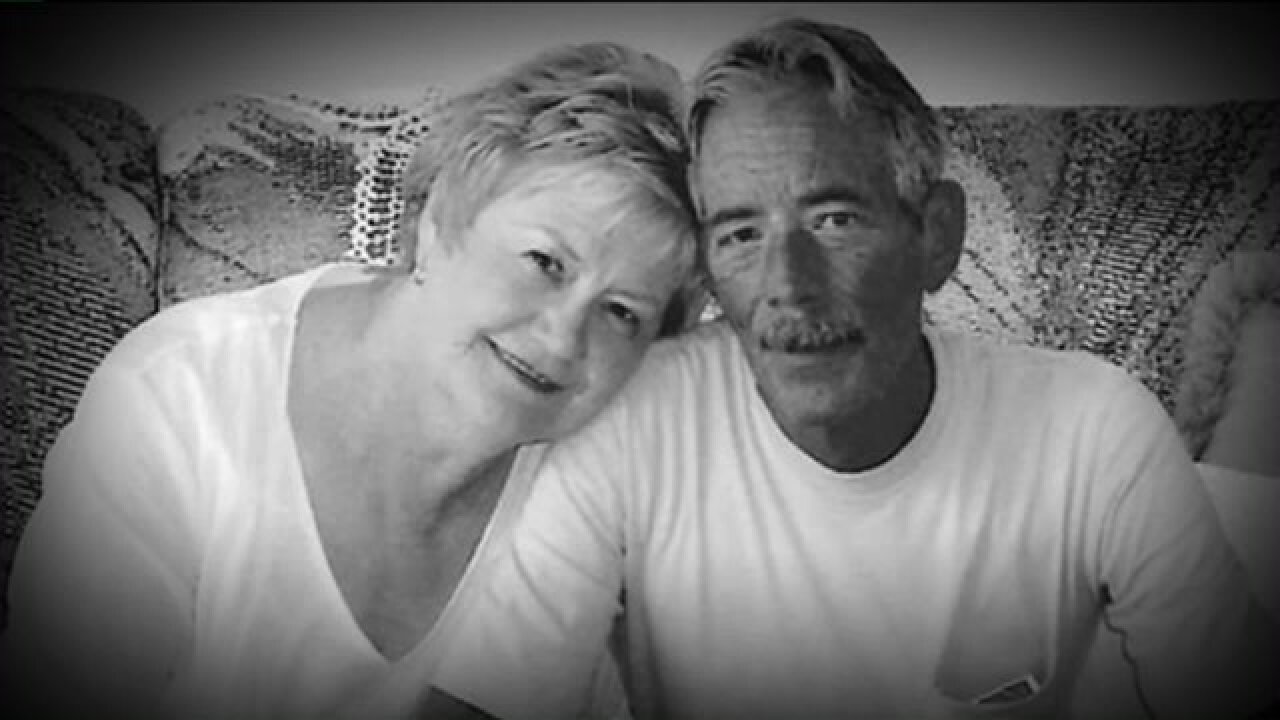 “He would look at me and tell me how much he loved me,” Tait said.

Shortly after their wedding, Doug got very sick. He was diagnosed with an incurable lung disease called COPD, and doctors recommended hospice care.

“Well, it was like we were sitting on a time bomb,” Tait said.

Coupled with intense back and neck pain, Lonna says Doug spent most of his last days in agony.

“That year he kept looking at me and he would say, 'Oh, Lonna, they shoot horses don’t they?' Because he was in so much pain,” Tait said.

Doctors made it known the end was near, and, as Doug struggled day in and day out, the two would discuss what it would be like if he could die on his own terms.

“He would’ve liked to know that he had a choice,” Tait said.

It’s a choice Representative Rebecca Chavez-Houck wants for the people of Utah.

“Having this option at a patient’s disposal is something that’s very important,” Chavez-Houck said.

The Utah Democrat has been working on a bill that would legalize physician-assisted death. She was inspired by the case of Brittany Maynard, a 29-year-old California woman with brain cancer, who moved to Oregon last year to take advantage of their death with dignity act.

“I’m hearing about Brittany’s story," she said. "It’s starting to gain momentum. There’s people from our community and our neighborhoods that are calling me and asking why Utah doesn’t have a death with dignity law."

While Brittany’s story made national headlines, Chavez-Houck began crafting the bill, including several safeguards. First, you must be suffering from a terminal illness with six months or less to live. You must make separate verbal and written requests to end your life, 15 days apart. Additionally, an assisting physician and consulting physician must sign off.

“And if either of those physicians feel the person isn’t doing it with full understanding or there’s some complexity in terms of their mental capacity, they can refer that person to a mental health provider for further evaluation,” Chavez-Houck said.

A psychiatrist from Oregon, Linda Ganzini, has been interviewing death with dignity patients for the past decade.

“I had anticipated there would be very high rates of depression because we know depression is one of the biggest risk factors for suicide,” Ganzini said.

However, in her studies, only a quarter of people who made the request were depressed. The common denominator that all the patients shared was a desire for control.

“Being in control had been a value they’d had for years, being self-sufficient, not being dependent on others, and they had had enough life experience to know it’s very hard to go through this final period of life,” Ganzini said.

Doug’s final days were full of pain and suffering. When Lonna looks back, she can’t help but think what it would’ve been like if he had control of those last moments.

“We could’ve had almost a celebration and closure, and it could’ve been a beautiful experience,” Tait said.

Lonna says if she’s diagnosed with a terminal illness before the bill passes in Utah, she plans on moving to Oregon.

Janet LeMaire of South Jordan was always healthy. She barely ever got a cold, so she was in disbelief when she found out she had stage three colon cancer a few years ago.

“I thought that can’t be me. It can’t be possible that it’s cancer,” LeMaire said.

After invasive surgery and seven months of chemotherapy, the mother of two thought she beat it until a few months later when her cancer came back and spread throughout her body. Doctors told her she only had two and a half years.

“It’s mostly the fact that I don’t want to suffer, and I don’t want my family to go through that--especially if it drags out," she said. "I just don’t think it would be good for my family or good for me. It’s just not a positive way to go."

However, not everyone in Janet’s family agrees.

“I’m still not all the way there yet because in some ways there’s maybe a give up piece to that,"  says Janet’s husband, Mike LeMaire.

As a legislator and doctor, who’s worked in hospice for 18 years, Representative Edward Redd reads from the Hippocratic Oath, a moral code for ethical conduct and practice in medicine: “I will maintain the utmost respect for human life."

“Absolutely, that’s my whole point," he said. "When you ask your physician for advice, to say that your physician doesn’t have any spiritual part of him or her, maybe some of them don’t, but a lot of us do."

Doctor Redd believes in making a patient comfortable as nature takes its course.

“I really don’t like personally being put in the situation where somebody’s asking me to decide for them or agree with them or whatever that their life is not worth living,” Redd said.

With a lot of other health issues to consider this legislative session, Representative Chavez-Houck remains cautiously optimistic.

And so would Janet.

“I want my family to know I fought as hard as I could, and I didn’t give up, and I don’t look at the law changing as giving up: It’s inevitable,” LeMaire said.

Representative Redd says he will vote against it. He says the safeguards in place are not enough. For instance, he says he’s been wrong about life expectancy many times. He can name several cases where he’s told patients they have six months to live, but they end up living much longer than that.