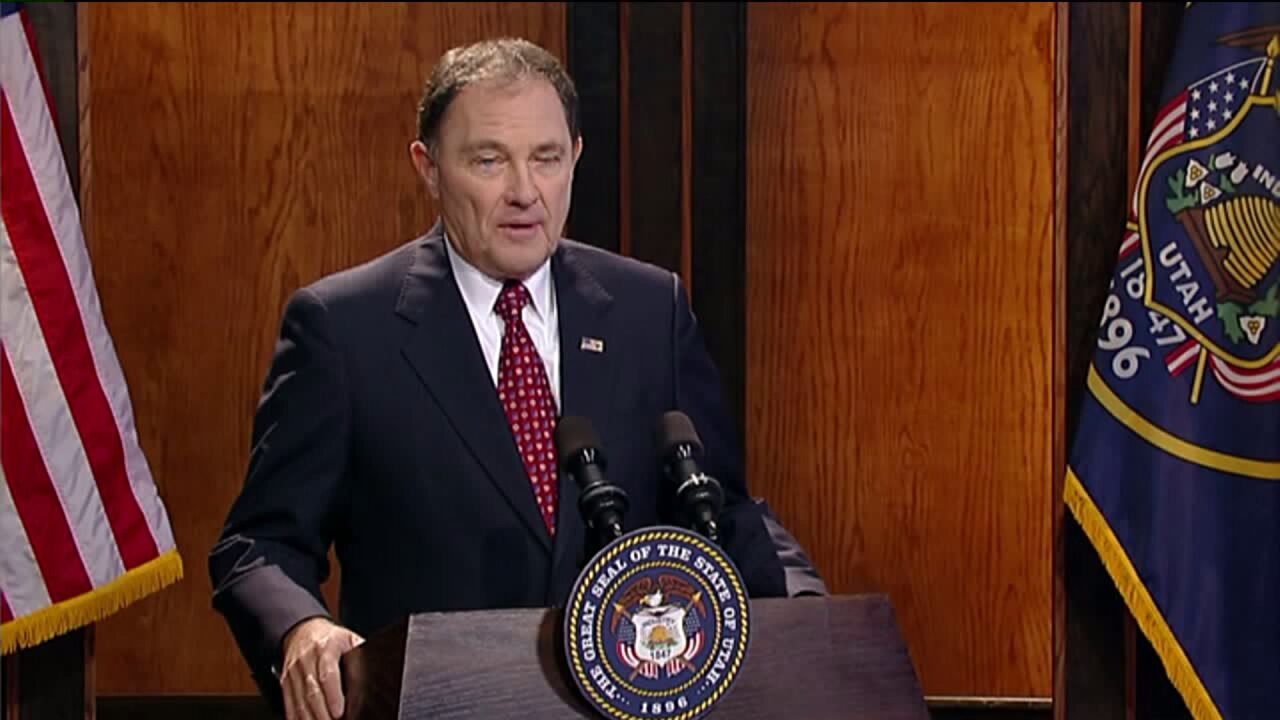 SALT LAKE CITY -- Utah Governor Gary Herbert said he believes a Price judge who ordered a foster child removed from the home of a same-sex couple because he believed the girl would be better in a heterosexual household ought to "follow the law."

"I'm a little puzzled by the action down there personally," Herbert told reporters at his monthly news conference on KUED.

April Hoagland and Beckie Pierce are challenging 7th District Juvenile Court Judge Scott Johansen's decision to have the foster child removed within seven days, claiming the judge said research he'd done showed the girl would do better in a heterosexual household. The decision has brought condemnation from LGBT rights groups. The couple has met with attorneys to appeal Judge Johansen's decision.

The Utah Division of Child and Family Services is siding with the couple, asking Johansen to reconsider. If he does not, the state agency says they will ask the Utah Court of Appeals to take of the case.

And the state's chief executive, Governor Herbert lent his support to DCFS.

"I expect the court and the judge to follow the law. He may not like the law, but he should follow the law. We don't want to have activism on the bench in any way, shape or form. Laws, sometimes people don't like, but the judge should not interject his own personal beliefs and feelings and supersede the law," Herbert said.

The Utah Attorney General's Office, which represents DCFS in court, told FOX 13 on Thursday it was looking into it.

"Our office currently is reviewing the court's order and consulting our client," said Camille Anderson, a spokeswoman for Utah Attorney General Sean Reyes.

After Utah's same-sex marriage ban was struck down by the courts in 2013, Governor Herbert ordered state agencies not to recognize same-sex marriages or provide government benefits, including access to adoption or foster care for LGBT couples. That prompted lawsuits against the governor and the state that ended with a federal judge ordering the state to recognize the marriages and provide benefits.

Judge Johansen has faced criticism and even a reprimand for past rulings and conduct. In 2012, he ordered a mother to cut her daughter's hair to reduce a sentence. In 1997, he was reprimanded for slapping a teen.