Polygamist leader Warren Jeffs, in a cage and under oath 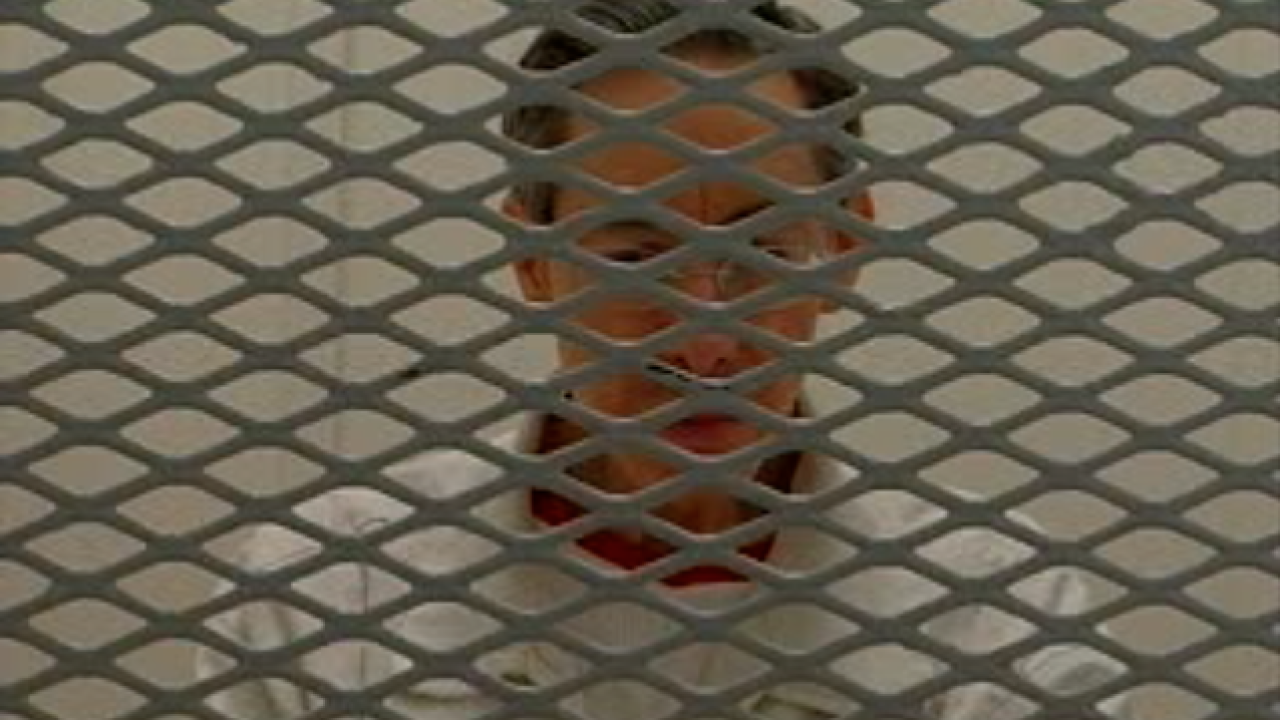 In a cell inside the Texas prison where he'll spend the rest of his life, polygamist leader Warren Jeffs raised his hand and took an oath.

"Do you affirm that the testimony you will give today will be the truth, the whole truth and nothing but the truth?" Jeffs was asked.

"Will you please state your entire name?"

The leader of the Fundamentalist LDS Church was being forced to sit for a deposition last year in a St. George child custody case involving an ex-follower and his two wives. The videotaped testimony, which lasted hours, was recently obtained by FOX 13. It is the first glimpse of the polygamist leader since he was sent to prison for child sex assault related to underage "marriages."

Jeffs appeared pale and gaunt. His speech was slow, and those who were present for the deposition said he appeared "out of it."

"It reminded me of, like, Hannibal Lecter. Somebody that's in a cage and completely insane," said Sam Brower, a private investigator who works for attorneys suing the FLDS Church.

At first, lawyers tried to ask Jeffs about the case at hand. Lorin Holm, who was suing for custody of his children, had been branded an "apostate" by FLDS leadership and kicked out of the church.

"Their children have been told their father is a wicked man, that he's an apostate and he's lost the priesthood?" Nadine Hansen, the guardian ad litem for Holm's children, asked Jeffs.

"I refuse to answer based on the Fifth Amendment right under the United States Constitution," he said.

Jeffs stuck by that answer throughout most of the deposition, despite lawyers' attempts to rattle him. They strayed from the subject of the custody case, asking about the inner-workings of the FLDS Church.

"Is it correct that in 2012, you ordered all males among the 'priesthood people' to be circumcised?" Hansen asked.

Jeffs was asked about an edict that "select men" were told to "father all the children in the community." Again, Jeffs was instructed by his lawyer not to answer the question.

When Jeffs would answer, he would cite his Fifth Amendment right against self-incrimination.

"I will not be answering your question, thank you," he said. "Fifth Amendment."

(The Spectrum & Daily News, Jud Burkett) 5th District Court Judge James L. Shumate, second from right, asks a question of Lorin Holm, left, an exiled member of the Fundamentalist Church of Jesus Christ of Latter Day Saints, during a custody hearing between Holm and his two ex-wives who still belong to the FLDS Church in 5th District Court in St. George, Utah Thursday, March 27, 2014. Holm's attorneys have argued that the mothers of Holm's children should be denied custody due to the possible influence that Warren Jeffs, who was sentenced to life in prison by a Texas court in 2011for sexually assaulting two underage girls whom he had taken as spiritual wives, might have over the children.

Roger Hoole, Holm's attorney, told FOX 13 he expected Jeffs to refuse to answer. In the three depositions he's conducted of Jeffs, the polygamist leader asserts both his Fifth Amendment right against self-incrimination and his First Amendment religious freedom rights.

But in civil court case -- such as child custody matters -- sometimes the questions are more important than the answers.

"We want the judge to be able to see the questions, and understand he's taking the Fifth Amendment because whatever answer he has for that would not help him and reveal, probably, crimes," Hoole said. "The judge can draw inference from that in a civil case."

In the deposition, Hoole grilled Jeffs on polygamy and underage marriages. He played back tape-recorded sexual encounters made by Jeffs involving teenage girls. Those recordings were used as evidence in Jeffs' Texas trial, that led to his conviction on child sex assault for the underage "marriages."

To each question, Jeffs retorted "same answer," citing his Fifth Amendment right to not answer.

"There are many examples of these young girls you married, is that correct?" Hoole asked.

As the deposition went on, Hoole became more direct in his questioning.

"Mr. Jeffs, isn't it true that this has nothing to do with religious persecution?"

"Doesn't all of this boil down to raping little girls?"

Brower, who wrote the book "Prophet's Prey" and has been promoting a documentary film based on his book, said in an interview with FOX 13 that Jeffs remains in charge of the FLDS Church.

"He's still in there causing so much human suffering," he said.

Hoole said he wished people inside the FLDS Church would see the deposition--but they will not.

"It's important for people to see what is happening in our own backyard, in terms of the abuses that are taking place in the name of religion," he said. "It's important for there to be opportunities for people inside the religion to learn about this. They are commanded not to look at this information."

Hoole told FOX 13 he would like to continue to depose Jeffs as part of other ongoing lawsuits he has pending against the FLDS Church. In other civil lawsuits, lawyers have sought permission from judges to make Jeffs sit down to answer their questions.