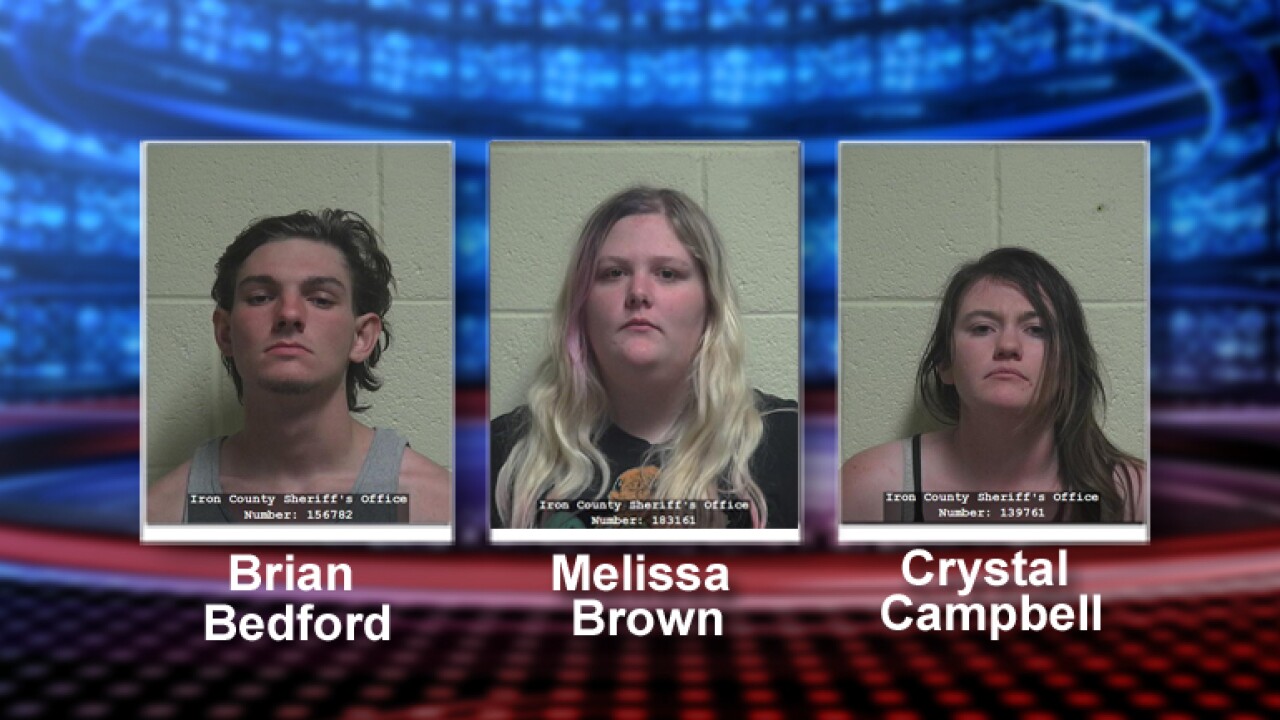 CEDAR CITY, Utah — Four people were arrested in Cedar City after they allegedly burglarized several vehicles and stole items that included firearms, and the suspects were located days after the thefts when they tried to sell the stolen property.

According to a statement of probable cause from the Fifth District Court in Iron County, police in Cedar City received four complaints regarding vehicle burglaries on October 30, and the thefts all occurred in close proximity to each other.

Among the stolen items were a 30-30 rifle, a 20 gauge shotgun and binoculars and a Beats speaker valued at $150 and $350 respectively.

November 5, police received report someone was attempting to sell the stolen items. Responding officers located the suspects in a vehicle in a parking lot off Airport Road, and four people were taken into custody.

The PC statement indicates Bedford invoked his right to remain silent, but interviews with other suspects determined he was present during and helped facilitate the four burglaries. Bedford was in possession of the stolen firearms and had attempted to sell them.

Police searched the residence where Brown and Bedford were staying, where they located a purse with a white substance inside. Brown told police the substance was crushed up Oxycontin, which is a controlled substance.

Bedford was booked on charges that include theft of a firearm, two counts of possession of a stolen firearm, four counts of vehicle burglary and contributing to the delinquency of a minor.

St. George News reports Brown was booked on three felony counts connected to possessing stolen firearms, and a charge relating to possessing a firearm as a restricted person. She also faces a total of six misdemeanor charges for vehicle burglary, contributing to the delinquency of a minor, and possession of a controlled substance.

Campbell reportedly told police she was present during the burglaries but did not take anything herself. Police told St. George News they believe she was the lookout. She was charged with misdemeanor counts of vehicle burglary.

The identity of the juvenile suspect has not been released.