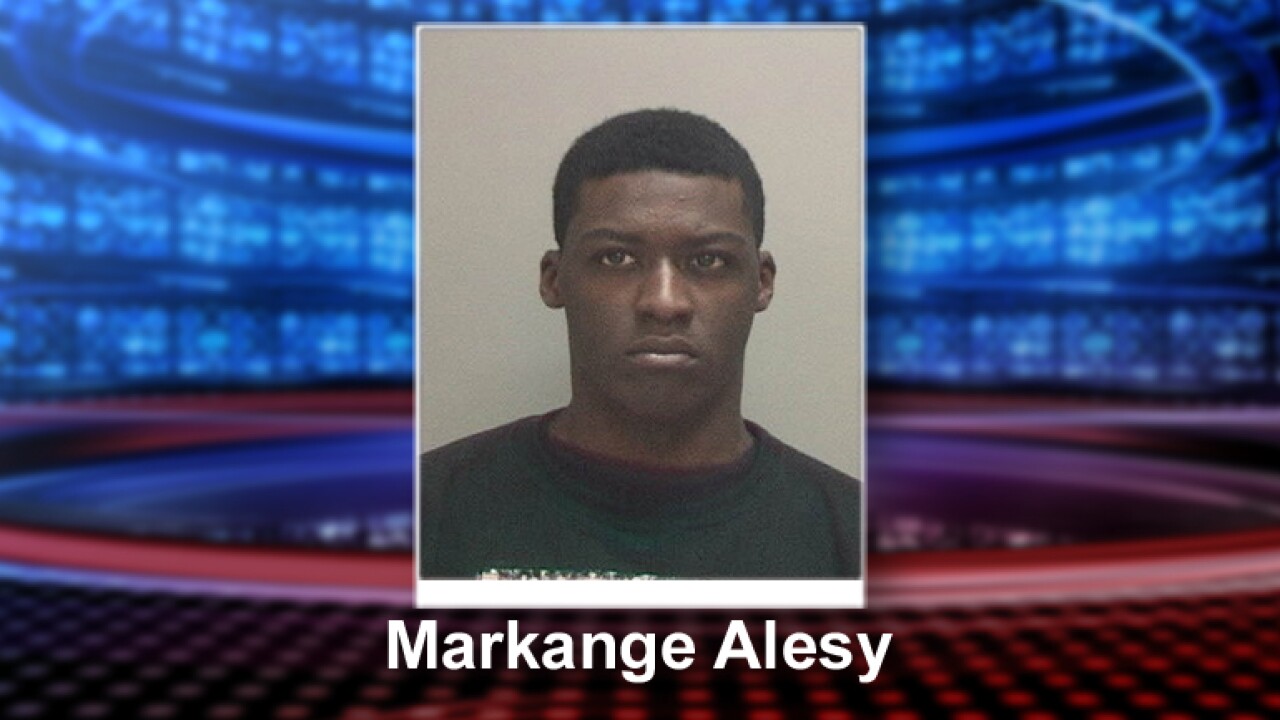 SALT LAKE CITY —  A man is facing charges that include assault on a police officer after he allegedly threw a rock at a police vehicle with an officer inside it Monday afternoon.

According to information from the Salt Lake City Police Department, a police sergeant observed a motorcycle near 55 North 300 West that matched the description of one that had fled from police several times in recent weeks.

The officer waited in his vehicle near the motorcycle, but while he was waiting for the driver to return, “the windshield of his car was shattered by a rock thrown from the Triad Center parking structure.”

According to a statement of probable cause, the sergeant said if he hadn’t been wearing glasses, he may have been struck in the eyes by shards of glass.

Officers responded to the area, where they apprehended 20-year-old Markange Alesy fleeing the scene.

Alesy was identified as the owner of the motorcycle and the person who threw the rock. He was booked into jail for criminal mischief, interfering with an arresting officer, and assault on a police officer.