What MLM distributors make: disclosure only goes so far 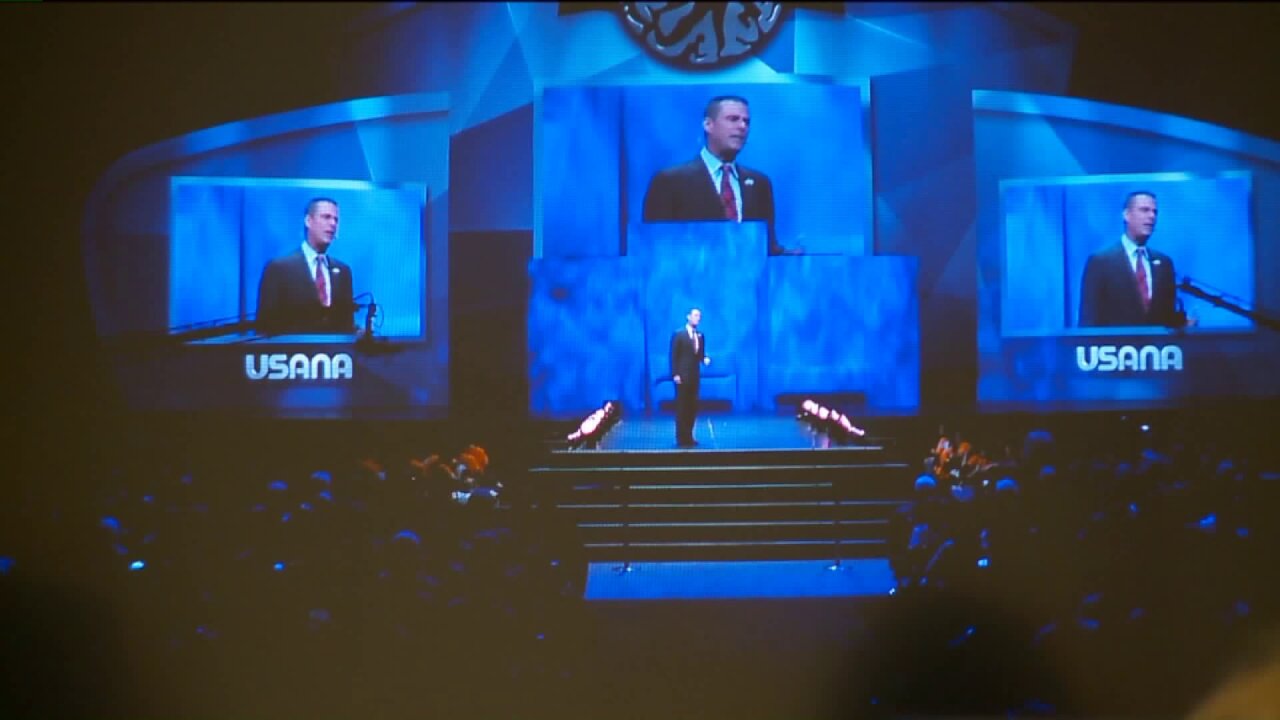 SALT LAKE CITY — In one sense, Utah’s big multi-level marketers (MLM’s) make it easy to see how many people earn a good living as distributors. Each posts a breakdown of their earning structure with numbers and percentages. But they’ll distinguish between people who they say are “active” and those who are not, then they tell you what percentage of active distributors earn a certain income.

We used USANA’s 2014 Earnings Disclosure because it was the most straightforward document we read from the three major Utah MLM’s we profiled (the other two being doTerra and Nu Skin.)

That being said, the numbers available online were outdated (from 2011) until FOX 13 asked if they had newer numbers. Now the updated document is here: https://www.usana.com/static/images/na/Business/Forms/AverageIncomeChart-USEN.pdf

For our comparison to pro baseball we took figures from the NCAA: https://www.ncaa.org/sites/default/files/Probability-of-going-pro-methodology_Update2013.pdf

You may notice we are generous to USANA by saying high school baseball players have double the odds of making the pros.

A note on the math:

You may remember from math class the difference between mean (average) and median (middle). You’ll notice in the MLM earnings disclosures they use “average” income.

Imagine a scenario where you want to give someone a realistic expectation of what they might earn at a company where the owner makes a million dollars a year and 100 workers each make $10,000 a year.

The median is simply lining up all 101 incomes by amount and taking the middle number.

For our second story, we had a bigger mathematical challenge. DoTerra’s 2014 reported numbers jump from rough estimates, to percentages, with the only hard numbers in a sub-category of “newly achieved” leadership ranks.

In the paragraph directly below the pie chart, they report “more than a million” doTerra “Wellness Advocates.”

In the next paragraph, they report paying a commission check to “approximately 158,000” people throughout the world.

Then they say “a majority” earned enough to pay for a portion or all of their own product purchases.

So how do we turn all of those ambiguous numbers into something understandable?

What does “majority” mean? It could be 90 percent or 51 percent. We have to assume that it’s closer to 51 percent or they would say “more than two-thirds” or “vast majority” as they say for higher numbers.

But that just pays for oils…what if you want to earn an income to support a family?

The first chart on page two of doTerra’s 2014 earnings disclosure shows that “Silver Leaders” make on average $25,500 per year.

So how many advocates are at silver rank or higher? Instead of listing that directly, doTerra lists the number of “newly achieved” leaders in different ranks. The total number when those are added up: 2,871 advocates who rose at least one leadership rank in 2014.

The reported explosive growth of the company suggests that the “newly achieved” ranks represent more than half of all leaders, especially because the higher ranks are made up of people jumping from the lower ranks.

So we estimate 5,000 leaders averaging $25,500 a year or more, which is .5 percent of all members, or one in 200. And that’s if they had exactly one million advocates. Because they report “more than a million,” we are being generous with our one in 200 estimate.

We don’t feature Nu Skin earnings numbers in our stories, but they are similar.

The average annual commission for an active distributor was $1,416.64

Using their percentages, .56 percent of active distributors in the U.S. average $31,860 or more per year. Rounding up, that’s six in a thousand, or 3 in 500 making a living wage on Nu Skin commissions.