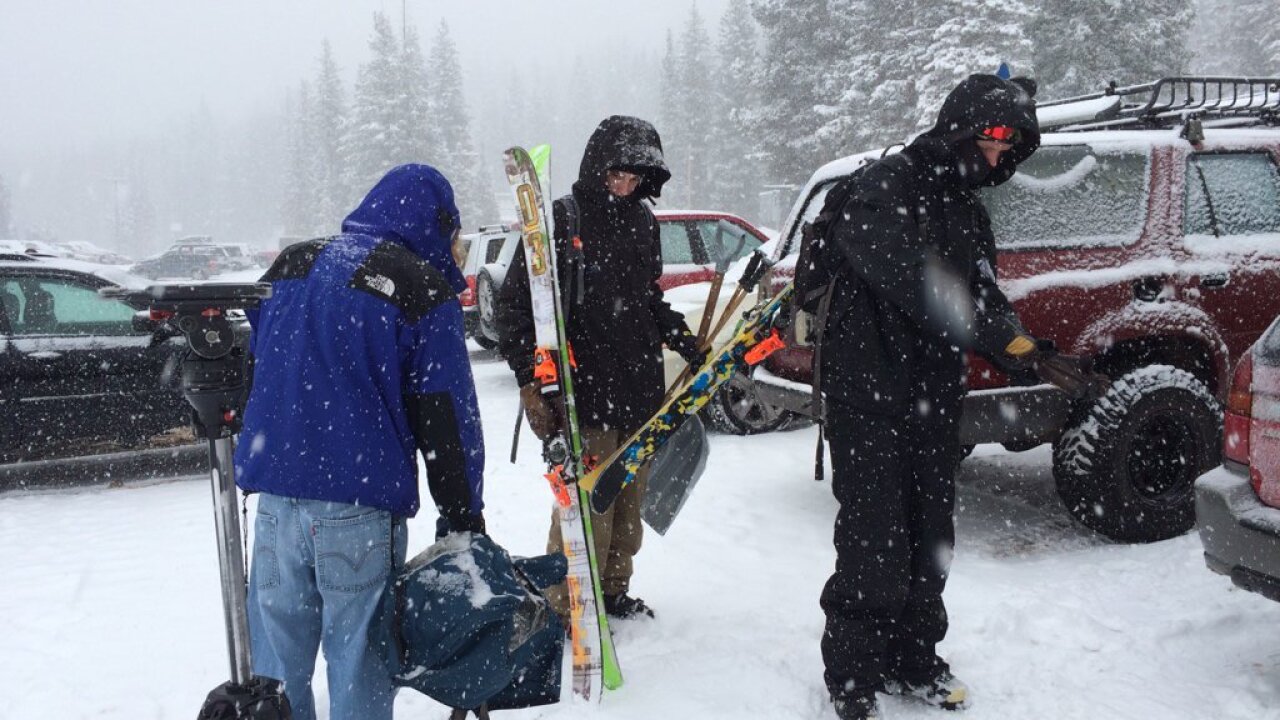 Skiers prepare to hike up Brighton’s slopes to try the first snowfall of the season. (Photo via Ben Winslow)

BIG COTTONWOOD CANYON -- Skiers aren't waiting for the resorts to open. With the first snowstorm of the season, some hiked up the slopes of Brighton for a chance to try out the fresh powder.

"Just trying to get after it as early as possible! I’ve been waiting all summer!" said Skylar Glick.

Skiers prepare to hike up Brighton's slopes to try the first snowfall of the season. (Photo via Ben Winslow)

"The snowfall last year was… we’ll call it lackluster," said Nathan Rafferty, the president of Ski Utah. "It wasn’t quite where we wanted it to be. It was 41 percent of average and the second worst snowfall in 24 years."

Resorts still made money last year, pumping $1.2 billion into the local economy and generating 20,000 jobs. This year, nearly all of Utah's resorts made upgrades -- the most since the 2002 Winter Olympics. A new resort, Cherry Peak, is slated to open this year.

"We did expand our snowmaking systems, so we have the capabilities of making 15 times more snow than we have," said Tess Hobbs, the spokeswoman for the Snowbasin Resort.

But Rafferty acknowledged early reservations are a little flat this year.

Some resorts are emerging from litigation. A federal appeals court next week will hear arguments in a lawsuit over Alta Ski Area's snowboarding ban. Vail Resorts took over Park City Mountain Resort after a nasty eviction lawsuit involving PCMR's former owners. It's been rebranded as "Park City."

"We have invested $50 million in capital improvements to combine Park City Mountain Resort and Canyons Resort to create the largest resort in the U.S.," said Margo Van Ness, a spokeswoman for the new resort.