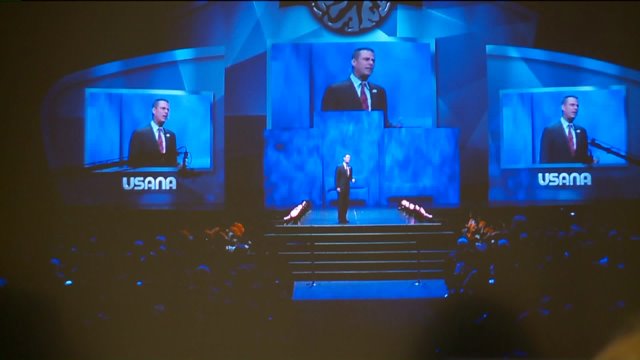 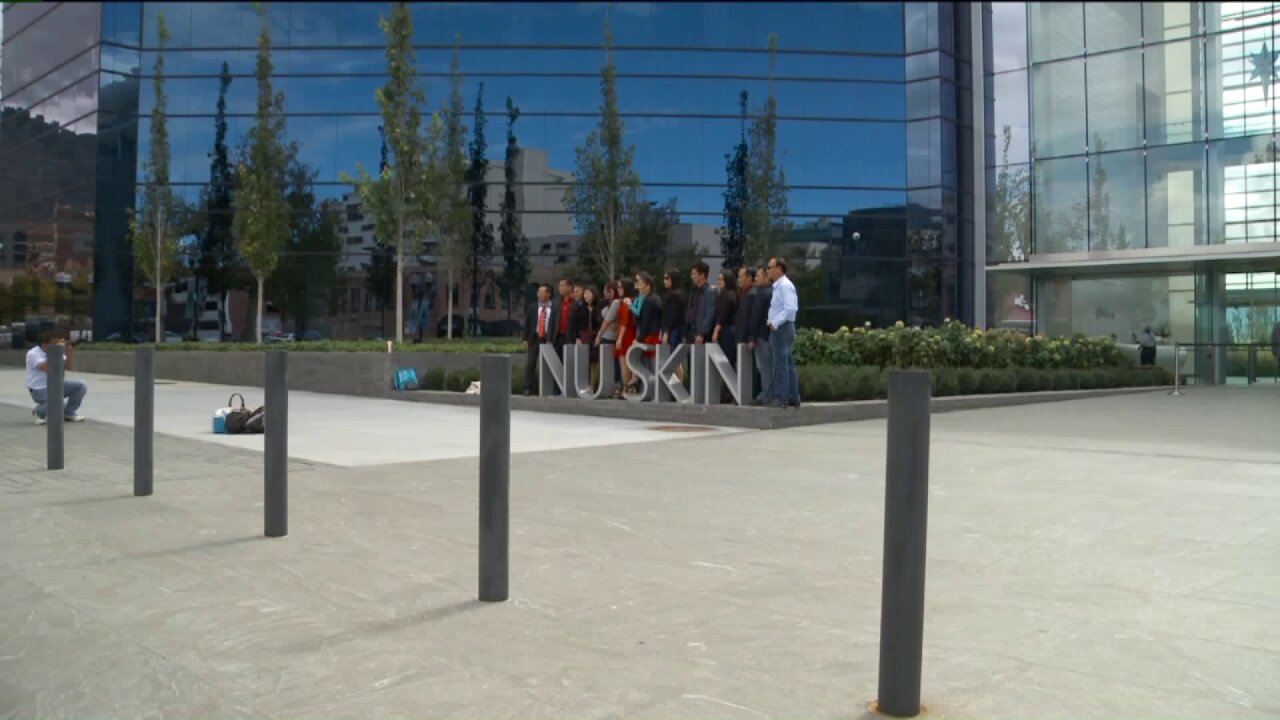 In August, it was vitamin giant USANA.

In October, anti-aging product maker Nu Skin, the biggest of all the Utah MLM’s.

Utah is home to dozens of MLMs, companies that sell their products with independent members who recruit more members, each level sharing profits with the levels below them, hence the term “multi-level marketers.”

Detractors like Jon Taylor, author of several books on the subject, say they are all pyramid schemes: fraudulent operations from which money is made simply by recruiting members rather than by selling products.

"In most companies even major corporations where there's a sales function, you might have a branch manager, a district manager, a regional manager and a national manager, and you might even have an international manager. But you don't have 10 or 15 or 20 levels.  There's no need for that,” said Taylor. “And the only reason it's done in multilevel marketing is to further enrich those at the top by this exponential expansion that occurs as you move up."

Taylor said all MLM’s are based on that flawed system, and are therefore pyramid schemes making money from people, not products, but each of Utah’s big three have products that thousands, perhaps millions, swear by.

Utah Congressman Jason Chaffetz is a big booster of the industry that has more headquarters in his district than in any area of the world.

"Well if you're a pyramid that's illegal, in fact you should be prosecuted for that but sharing a product and being compensated for that is fair game and that's the American way," Chaffetz said.

The line between MLMs and Pyramid Schemes can be fuzzy, with fly by night operators crossing it and getting in trouble with the FTC, the big MLM’s have clarified the line with their own national association and its code of ethics.

The code guards against potential abuses that can lead to financial ruin for unsuspecting sellers. (something we’ll cover on Wednesday’s Multi-Level Mecca).

The industry leaders say they are providing an opportunity without forcing people to spend too much of their own money, and FOX 13 found no evidence to contradict this.

But even the industry leaders acknowledge that the vast majority of their members don’t make money. (see the sidebar on our numbers).

Take USANA for an example: according to the income disclosure they provided to FOX 13, they have a network of 61,400 members who they call “associates.” .13 percent of those associates were in their top tier of earners averaging $100,000 or more in commission a year. That’s 80 people out of 61,400.

It could be that the big mainstream multi-level marketers are now mainstream, even admirable companies.

DoTerra seems to fit the bill.

They fly to countries where the plants they need grow naturally, and search out the people who cultivate and harvest them, making sure they are paid directly.

They call it co-impact sourcing.

They also say they are more of a Costco kind of wholesaler for essential oils than a pyramid scheme, as some consider multi-level marketers.

Dave Stirling is their CEO.

"If you look at most of people, we're very cognizant that first about 95 percent of the people that join doTerra have no interest in the business side they just want the products at wholesale,” Stirling told FOX 13 in an interview at doTerra’s new corporate campus in Pleasant Grove.

FOX 13 has not found any doTerra detractors. We’ll see if this story brings any to our attention.

FOX 13 will profile two people who consider themselves victims of unethical business practices from other MLMs on the News at 9 Wednesday. We’ll also introduce you to a couple who are on their way to making a fortune, and loving it.