Mormon leadership elaborates on policies regarding same-sex couples, their children 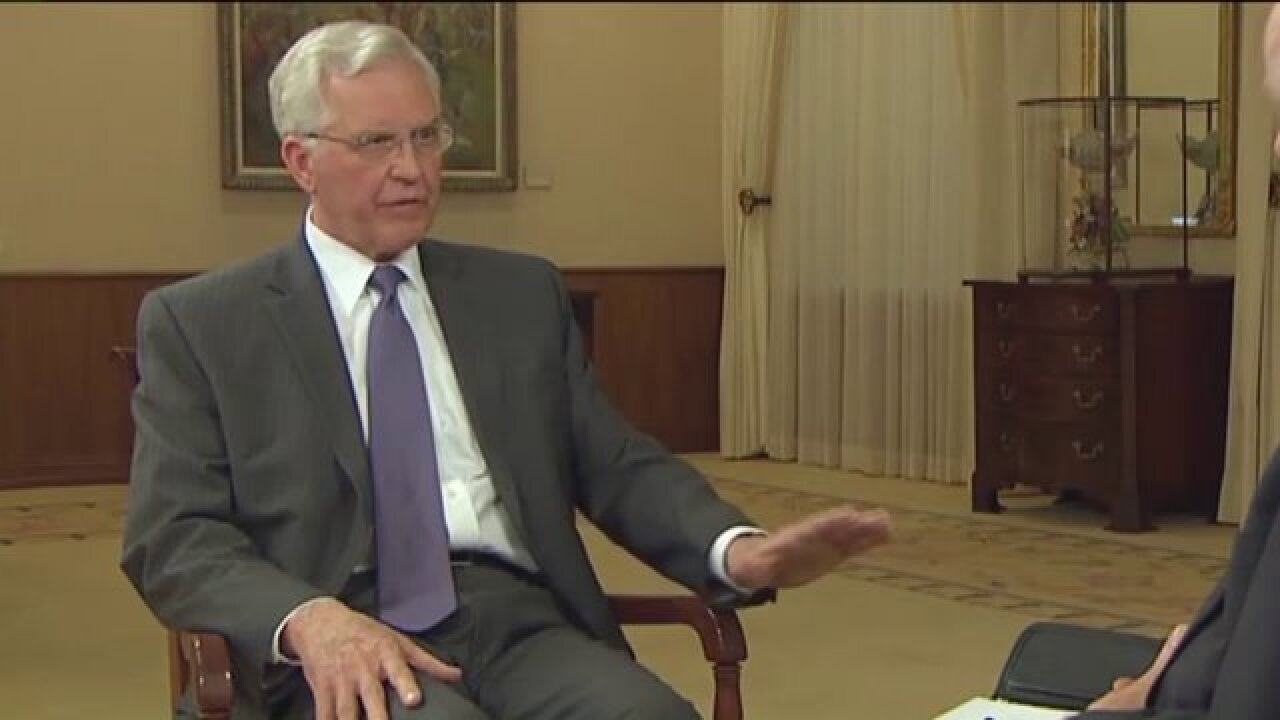 SALT LAKE CITY -- The Church of Jesus Christ of Latter-day Saints has responded to the extensive discussion surrounding a recent policy change affecting same-sex couples and their children, and the response was posted in video form Friday night.

According to a post on Mormonnewsroom.org, Elder D. Todd Christofferson of the Quorum of the Twelve Apostles of the LDS Church reaffirmed the faith's position on marriage and children of same-sex couples, which was outlined in recent changes to a handbook for lay leaders.

The changes mean members in same-sex relationships meet the criteria for apostasy, and children of same-sex couples cannot become members of the LDS Church while living with their parents.

Christofferson specifically addressed the reasons they are prohibiting children of same-sex couples from becoming members while still living with their parents.

"We don't want there to be the conflicts that that would engender," he said. "We don't want the child to have to deal with issues that might arise where the parents feel one way and the expectations of the church are very different. And so, with the other ordinances on through baptism and so on, there's time for that, if, when that child reaches [legal age], he or she feels like that's what they want."

While children of same-sex parents will not be able to receive a name and a blessing from the LDS Church, Christofferson said not all blessings are prohibited.

"When we are talking about blessings--priesthood blessings that are given to those who are ill, or who want a blessing of comfort, or guidance--that's open to all," he said. "And we would expect that to be done throughout their lifetime, through infancy on, as long as that's the desire of the parents and of the child. That's something we are anxious to provide."

He added: "Where there is any kind of need for blessing, for counsel, for help, whatever kind that can be offered: We want to do that."

As for members of the LDS Church who are in same-sex relationships, Christofferson said they regard same-sex marriage as a, "particularly grievous or significant, serious kind of sin that requires church discipline."

He said the outcome of that discipline is not going to be the same in all cases, but he said those members who are in same-sex relationships must go through that church discipline process. Excommunication is one possible outcome of that process, as is a decision from the individual to move their actions into line with LDS Church doctrine.

He also cited the Supreme Court ruling on same-sex marriage and the need to differentiate between what is legal and what is church doctrine.

Christofferson also addressed the issue of religious liberty during the interview, saying there needs to be respect on all sides.

"This is really two sides of the same coin," he said. "On the one hand, we worked with others and will continue to do so to protect rights in employment and housing and that sort of thing for all. On the other hand, there needs to be respect and acknowledgment of the rights of a religious community to set its standards and live according to them, and to teach and abide by its own doctrine such--as in regards to marriage in this case."

The response from the LDS Church comes after news of the policy change was shared widely on social media and the story was covered by media outlets nationwide.

She said in part, "As a mother of a young son—who will grow up in this community—I want him to feel welcome wherever he goes and judged based on the content of his character, not on his mother’s sexual orientation."

Troy Williams, executive director of the advocacy group Equality Utah, said in their "universe all of God's children have a place in the choir."

John Dehlin, the man behind the Mormon Stories podcast who was excommunicated for apostasy, called the move a, "sad day for Mormonism."

Click here for more on the reactions from Dehlin and Williams.

The day after the changes were reported, some families affected by the ruling spoke to FOX 13 News about their take on the issue.

"As a parent, I don't want any doors closed for my kid, even if it is becoming a member of the LDS Church," said Weston Clark, who lives with his husband in Salt Lake City.