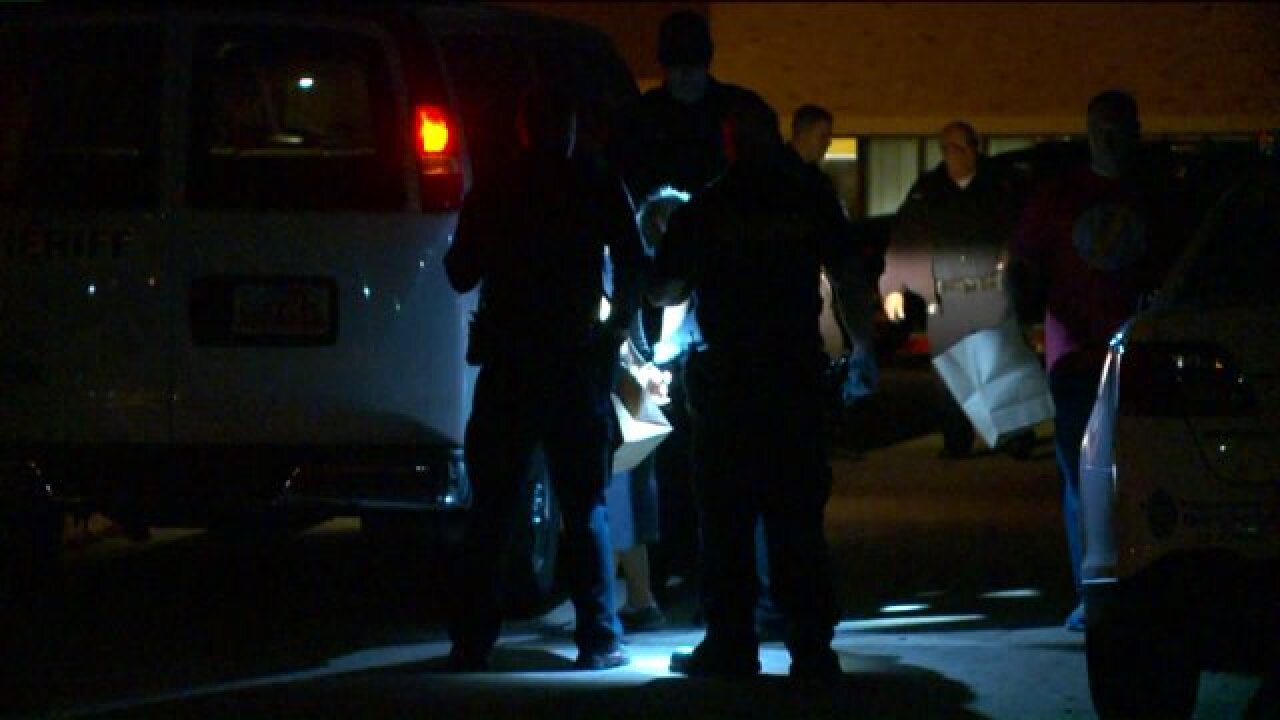 WEST JORDAN, Utah -- Troubled teens from cities across the country come to the Copper Hills Youth Center to turn their lives around.

After a Sunday evening riot, 10 of the patients are in deeper trouble with the law.

"Staff tried to intervene. They acted out against them, started throwing things at the staff and then the staff called 911," said Sgt. Joe Monson, with West Jordan Police.

No one was seriously injured, officers and staff included.

Pahulu said when he heard news of the riot Monday morning, he wasn't surprised.

He's seen this kind of behavior first-hand, during his five years at Copper Hills.

"It was pretty bad," he said. "Me and a couple other staff were attacked."

Though, he added, it didn't happen very often.

These 12- to 17-year-old teens come from bad situations, he explained, and they're prone to act out.

"They use a lot of their anger issues, combativeness, kind of almost like bullying, to the point where they're basically challenging adult authority," he said.

After he left Copper Hills, Pahulu said he heard about several riots, but nothing like what happened on Sunday.

"It's probably the worst one they've ever had," he said.

In his experience, Pahulu said the teens' compliance comes down to the leadership they have. The staff undergoes training to keep their authority and handle these kinds of situations.

But successful leadership and authority can be difficult with the troubled youth.

"You're going to get some of those kids that are really, really challenging," Pahulu said.

The patients in this riot, ages 13 to 17 years old, are now in juvenile detention and face charges like assault on a peace officer, rioting and attempting to disarm an officer.

"They are serious charges," Monson said. "A couple of those charges are felonies and they can hold a pretty stiff penalty."

Originally, West Jordan Police reported the riot could have been planned. But Sgt. Monson said upon further investigation, they're not sure that's the case. They are still looking into it.

Sgt. Monson said detectives could hand out even more charges to other teens at the facility as they continue to investigate.

"Copper Hills Youth Center is a therapeutic residential treatment center providing specialized treatment for adolescents, ages 12 to 17 with behavioral, emotional, and mental health disorders. Our objective is to provide the highest quality of behavioral health treatment to our clients enabling them to return to their families and communities and lead productive lives.

On November 1st, there was an incident which required our staff to contact local authorities. All patients and staff are safe and the facility is collaborating with law enforcement and all appropriate regulatory agencies."