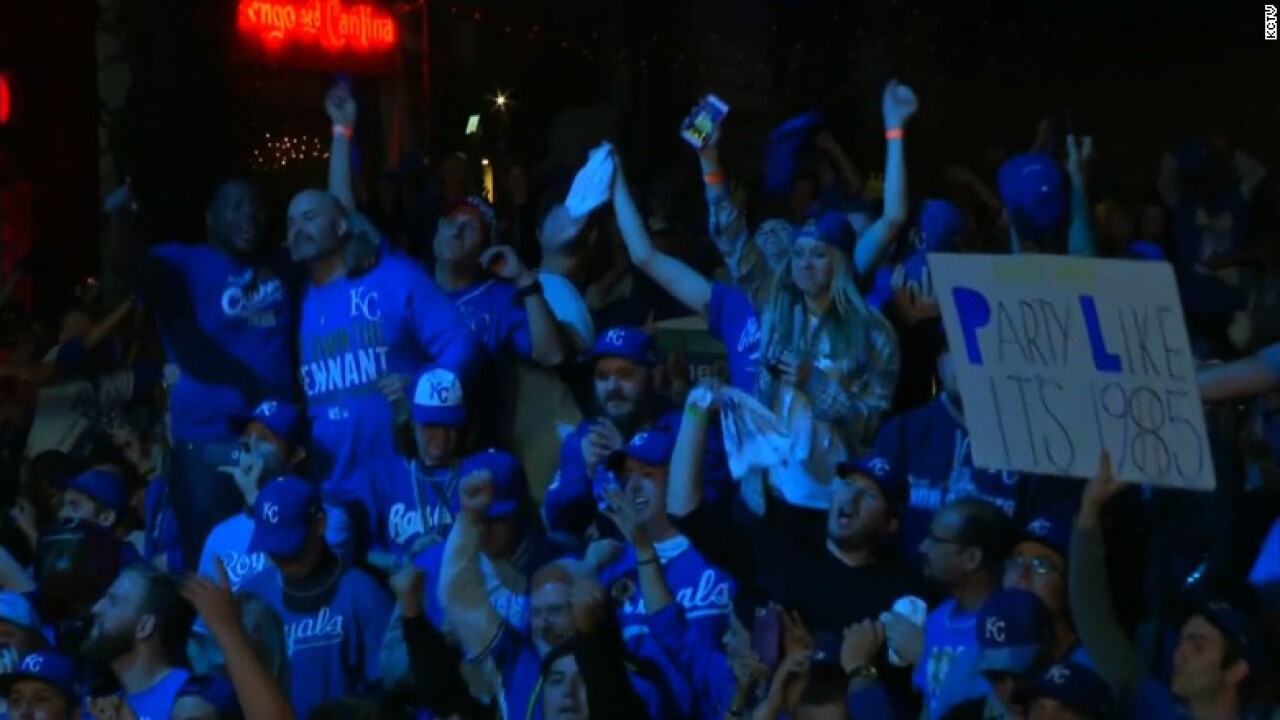 The Kansas City Royals rallied to beat the New York Mets 7-2 in Game 5 to win the World Series. Play stretched out over 12 innings that began late Sunday and ended early Monday.

The Royals blew the game open in the 12th inning, erupting for five runs. First Jarrod Dyson scored off a hit by Christian Colon — his first at-bat in the postseason. Then a Alcides Escobar double that rumbled down the third base line allowed Colon to score. Finally Lorenzo Cain hit a double that scored Paulo Orlando, Escobar and Ben Zobrist.

What happened in the 12th was even more dramatic considering where the Royals were in the ninth.

The Royals were down — and seemingly out — 2-0 in the top of the ninth when they scored a couple of runs to tie the game.

And just like that, for the second time in the series, the Mets and Royals had to go to extra innings to settle things. Game 1 went on for 14 innings, the longest Game 1 in World Series history. This is also the first World Series with multiple extra-inning games since 2001.