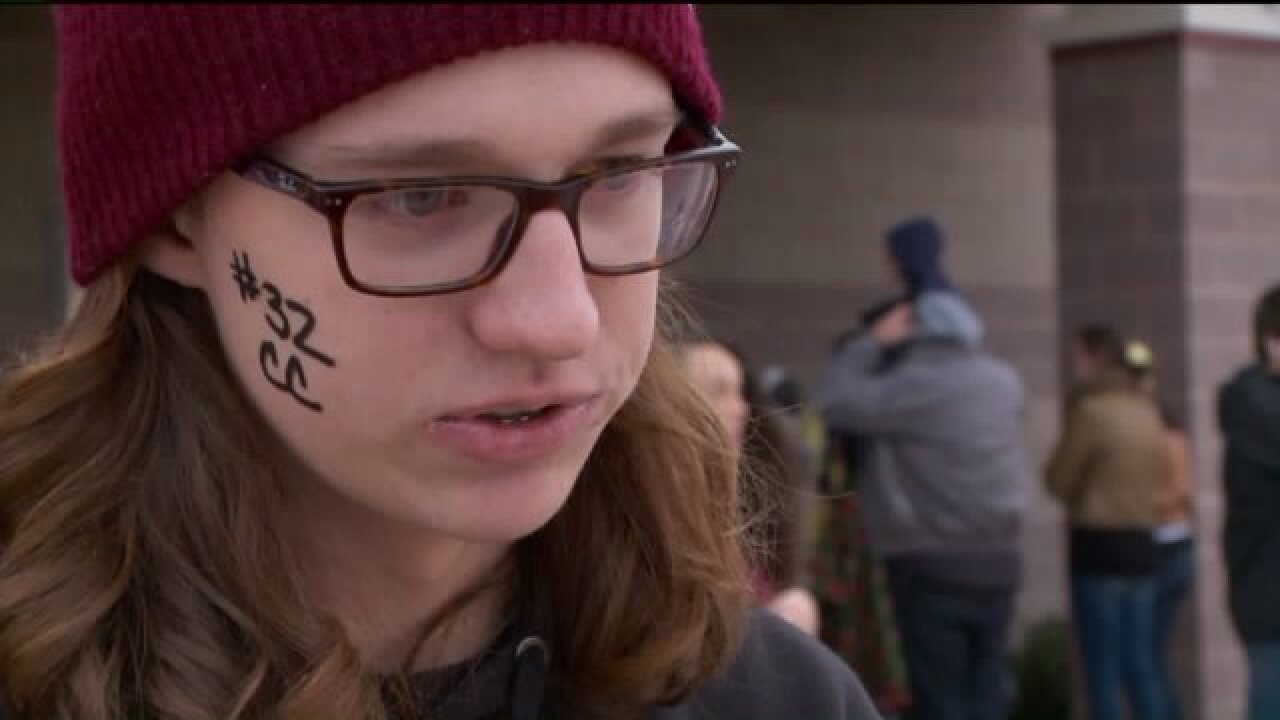 HERRIMAN, Utah -- There was a large turnout Friday night for a vigil at Rosecrest Park in Herriman. The community held candles to honor the memory of Cadee Conner, the Herriman sophomore who was killed in a rollover crash Thursday morning on the Mountain View Corridor.

Usually these teenagers could rely on seeing each other at school so they could grieve as a group. However, school was not in session Friday, so the students took it upon themselves to get together and remember their friend.

The Herriman High School football team played for Cadee Conner Friday night. Before their play-off game against Brighton, the crowd joined in a moment of silence to honor her.

Cadee’s close friends, Mitchell McCallum and Rylee Bunten, were both at the game. They say they were both shocked when they heard the news.

“It didn’t feel real," Bunten said. "Like it felt if I called her, she would answer. If I text her, she’ll answer. If I come back to school, I’ll see her."

McCallum said: “I kind of just got light-headed, and I didn’t believe it at first. It was just a shock to us all."

The Herriman High School community has been trying to find ways to cope after hearing about Thursday’s deadly crash. Police say a white Mazda ran a red light and hit the truck with three Herriman students inside. Two of them were rushed to the hospital, but Cadee died on the scene.

“She was super fun," Bunten said. "She always had a smile on her face. She always knew how to make light out of a bad situation."

By pure coincidence, Herriman High junior Brooks Rose had planned a blood drive Friday for his Eagle Scout project. The project took on a whole new meaning when he learned that two of his classmates are in the hospital, in need of blood.

“It just showed me how relevant it is and how important it is," Rose said. "This blood really goes to people who need it."

At Friday’s game, instead of tears, you saw students with the number 32 on their cheeks. That was Cadee Conner’s number. She was a member of the basketball team and lacrosse team. McCallum says she was one of the most athletic people he knew.

Cadee’s family was also at Friday’s game. There is a GoFundMe page to raise money for her family so they can pay for funeral expenses.