Police: Man tries to entice children with candy on way home from school 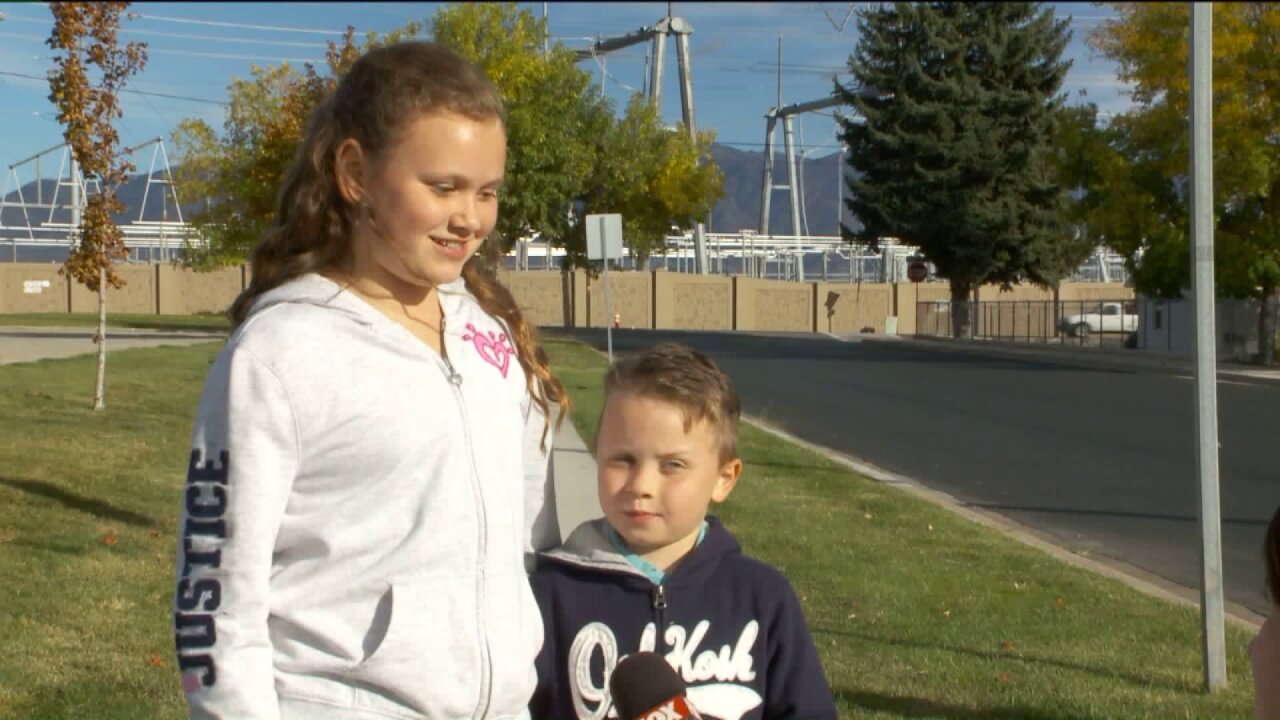 SYRACUSE, Utah - It's a scenario every parent hopes their child will never experience, but is prepared to handle.

Eleven-year-old Brooklyn and her 6-year-old brother, Bryndin, were walking home Monday afternoon. They were blocks away from their school, Cook Elementary when a man drove up in a white truck.

"He pulled up and I was like, 'OK, this is not normal,'" Brooklyn recalled. "He rolled down his window, and I knew something was up."

Like the scenario is often said to go, the man offered them candy, perhaps in an attempt to entice them over to his truck.

"When that Chevy pulled up, I know [sic] that signal," Bryndin explained. "My mom and dad told me that, that's what strangers do."

Knowing better than to let him lure them nearer, the pair ran. Brooklyn said they alerted a nearby crossing guard, who called police.

Behm said they're now following all leads, based on a description from the kids. But the man immediately drove away, and it could be hard to track him down.

The school jumped in and got the word out.

"They sent out an email and a voicemail to parents," said Davis School District Community Relations Director Chris Williams.

Along with that, Williams said, they made a post on social media.

It's up to parents now to be vigilant, and talk to their children. Some say that's exactly what this incident is reminding them to do.

"We've kind of already put some steps into place to make sure that there's some safety there," explained Cook Elementary mom April Hales.

Behm said parents should go over what to do if a stranger approaches them and how to stay safe. Children should also never walk alone, Behm said, but rather with a friend or sibling.

Brooklyn and Bryndin's parents just had the "stranger danger" talk with the two last week. The timing couldn't have been better.

"We know what we should do, and know what my mom and dad told me. So I [sic] never forget that," Bryndin said.

Police said the suspect is still out there. The kids describe him as having darker skin and black hair. The man was wearing a light blue shirt and sunglasses.

He drove an older white extended cab Chevrolet Silverado, with a ladder and hammer on the back.

He approached Brooklyn and Bryndin on South 1000 West near West 1290 South in Syracuse.

Anyone with information, or who sees something suspicious, is asked to call Syracuse police at 801-825-4400.