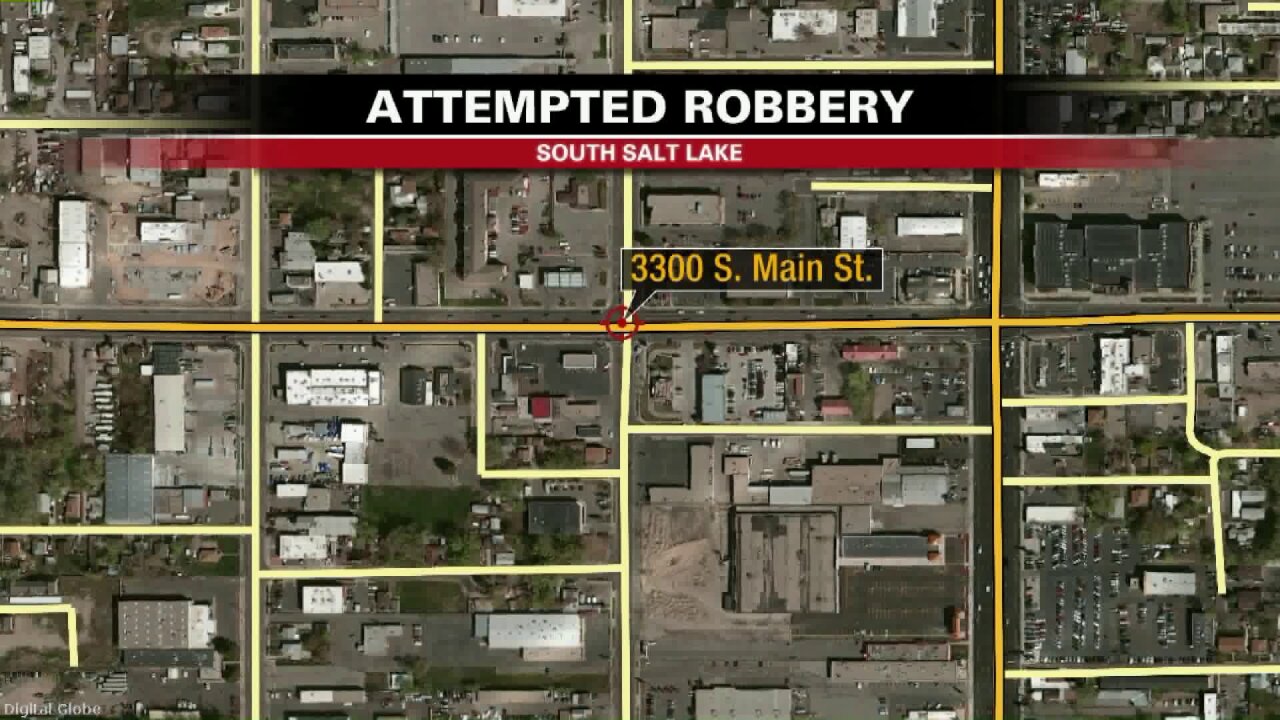 SOUTH SALT LAKE, Utah — A 24-year-old man is hospitalized in critical condition after accidentally shooting himself twice in the pelvic area as he allegedly tried to rob a convenience store in South Salt Lake.

According to a press release, the suspect walked into the store while his friend, 34-year-old Preston Bennett, waited outside.

Police said the suspect, who has not been identified, bought cupcakes and a drink, then told the cashier he had forgotten something and walked to the back of the store.

“The clerk started to help the next customer in line when he heard a gunshot and the victim ran out of the store,” the press release said.

According to officers, the suspect collapsed outside the Intown Suites hotel next door. When police arrived, the suspect would not give them his name or any details about his gunshot injuries, the press release said.

The suspect was taken to a hospital for treatment of his injuries.

Officers talked to Bennett, who they said denied any knowledge of a gun or what happened. According to the press release, Bennett was standing by some bushes and leaned behind a truck, then casually walked away. Police then located a semiautomatic pistol behind the truck.

Bennett was booked into the Salt Lake County Metro Jail and faces charges of transaction of a firearm by a restricted person, tampering with evidence and obstruction of justice.

Police have not identified the 24-year-old suspect as charges are pending.