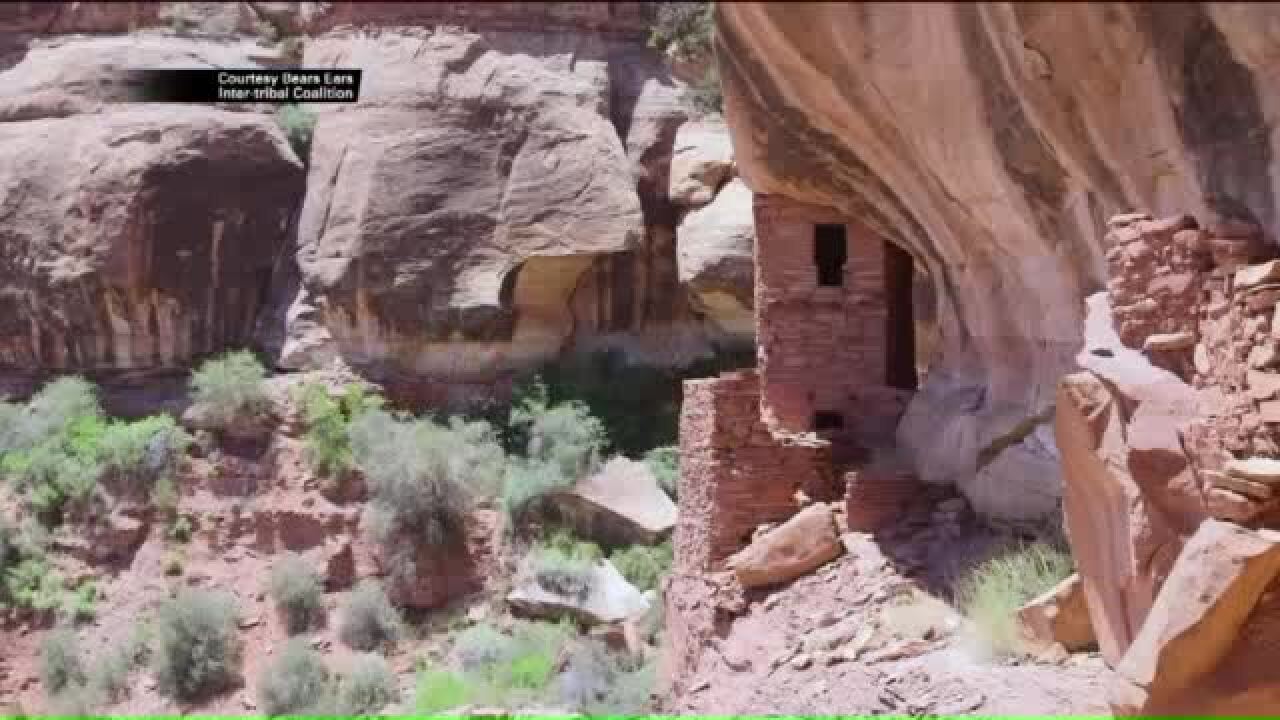 SAN JUAN COUNTY, Utah -- A coalition of Native American tribes gave President Barack Obama a proposal for a new kind of national monument that would take up more than a third of San Juan County.

"As Native Americans we have been overlooked," said Eric Descheenie, co-chair of the Bears Ears Inter-Tribal Coalition.

President Barack Obama is getting no shortage of advice on whether to use the federal Antiquities Act to declare a new national monument in Utah, the question is what or who will persuade him one way or the other, and the presence of a Native American Coalition adds a new dimension to a debate often seen as an endless tug-of-war between environmentalists and Western states-rights advocates.

The coalition includes representatives of the Uintah-Ouray Utes, the Ute Mountain Utes, the Navajo Nation, the Hopi Nation, and several Zuni Pueblos. They want the new monument to be governed by a commission of five tribe representatives and members appointed from the Forest Service, Bureau of Land Management, and National Park Service.

"The Bears Ears Inter-Tribal Coalition is an important stakeholder in the Public Lands Initiative. The Coalition represents many Native American voices that have an interest in how lands in San Juan County are managed. While many Native Americans who live in Utah oppose the Coalition's proposal, we welcome the input and recommendations nonetheless. Our offices have now received over 65 detailed proposals from various stakeholder groups regarding land management in eastern Utah. We remain committed to reviewing each proposal and producing a final PLI bill that is balanced and broadly supported."