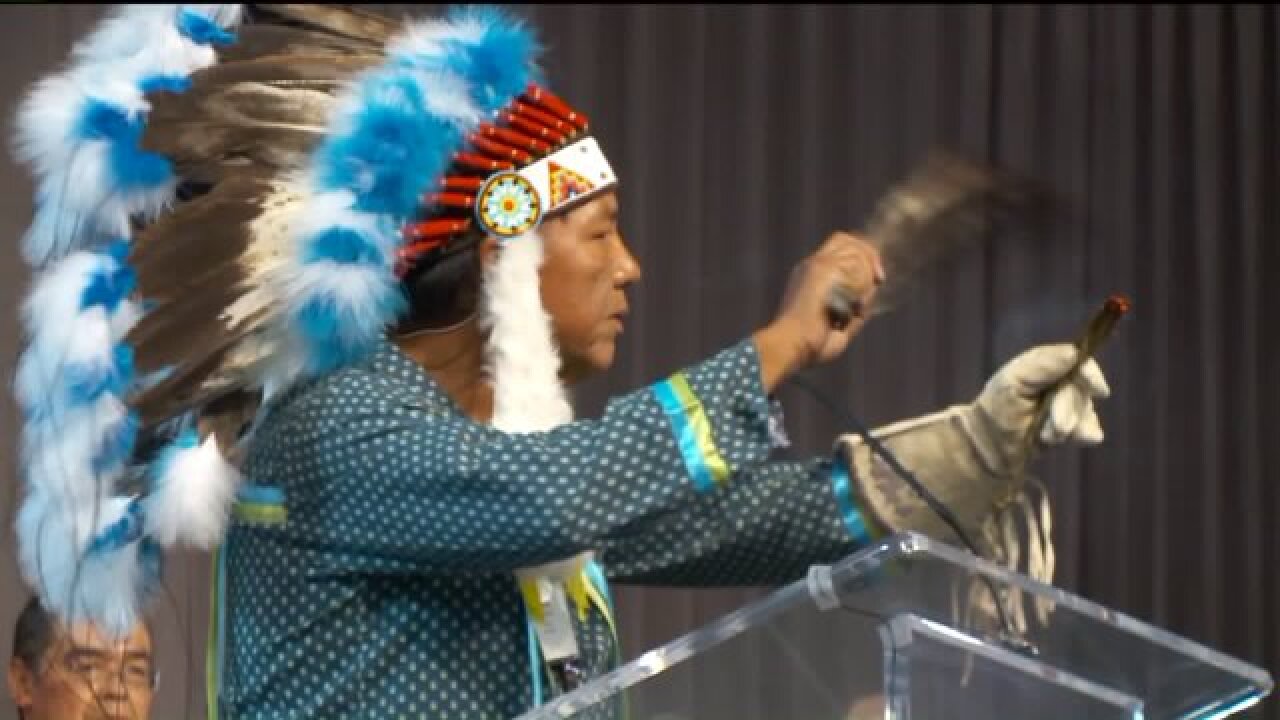 SALT LAKE CITY - If you can name a religion, there are probably followers of it in Salt Lake City this weekend as the city is hosting the 6th Parliament of World's Religions.

The conference, which first began in 1893, aims to bring a multitude of religions together to talk about similar interests, and learn about each other's cultures.

"It's all about passion, love, and sticking together," said Har Jindersingh, a Sikh from England.

The opening celebration kicked off Thursday night with various Native American tribes from Salt Lake City on stage. The convention, normally held in the biggest cities in the world, is taking place in Salt Lake City for a reason: When the first convention was held, Mormons and Native Americans were not allowed to participate. It's a wrong the event's organizers said they were hoping to right this time around.

"I was shocked actually," Jindersingh said of seeing the Native American tribes. "I have never seen native people like this. First time in my life."

A multitude of religions are represented this weekend, some more familiar than others.

"Our founder had a vision about fifteen years ago," said Durga Soham, a follower of Peace Angels. She and two other followers walk in all-white robes with white angel wings lit up with white, LED lights. "Her vision is that there are angels all around us all the time and that we are never alone."

The convention will continue until Monday evening, with 300 workshops being held in between. Tickets for the event can still be purchased online. It is $500 for individual tickets, $200 for students and $100 for children. Click here for details on registration.