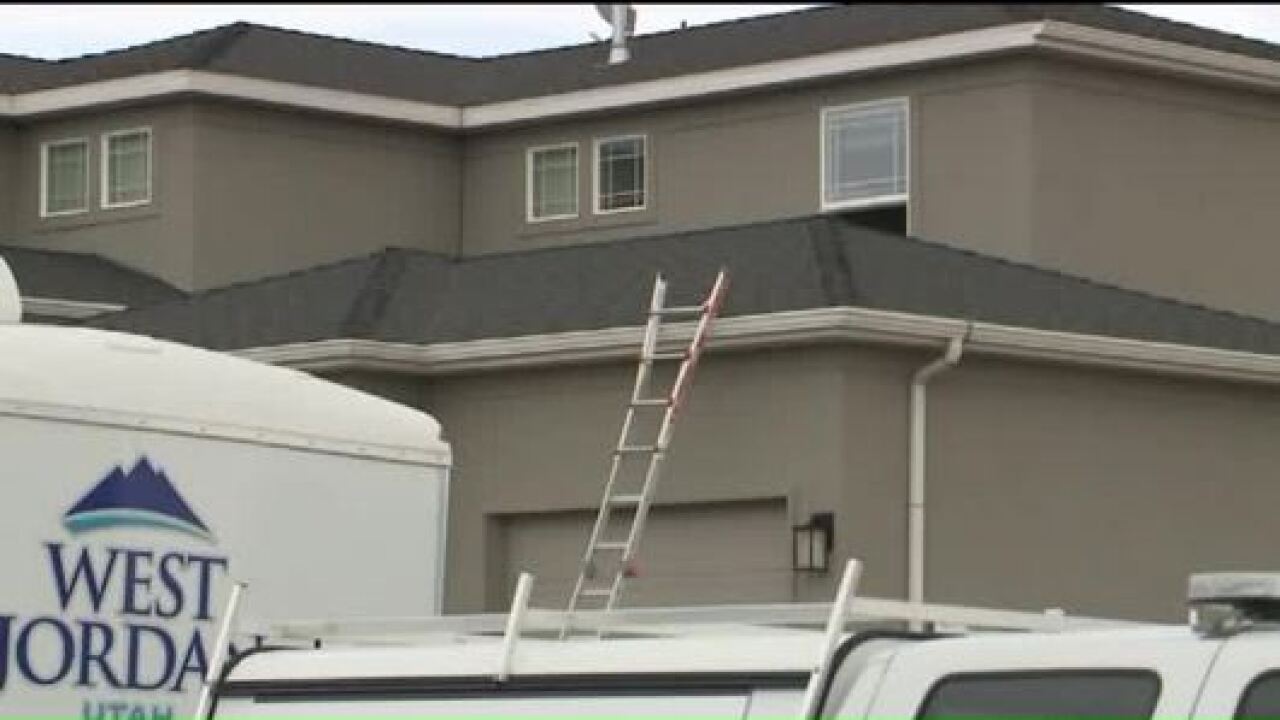 The scene of a fatal officer-involved shooting in West Jordan.

WEST JORDAN, Utah — The Salt Lake County District Attorney’s Office has ruled that an officer involved in a fatal shooting in West Jordan while trying to remove three children from the scene of a police standoff was justified in his use of lethal force, and the letter also states a medical examiner found the shot that killed the man was one the man fired at himself.

The D.A.’s findings stem from a case in August where 27-year-old Kyle Lambrose suffered fatal injuries during a police standoff in a West Jordan Home.

According to a letter from the D.A. regarding the incident, things began when Lambrose’s wife received messages that made her concerned about her husband harming himself. He later called and told her she needed to come get the kids. The woman found her husband had picked their children up from day care, and she said she, “believed Mr. Lambrose was going to kill their children and himself.”

The woman advised police about the statements and that her husband may have guns in the home, and despite being urged not to enter the home she did so anyway once she finally made it back to her residence.

Police were dispatched to the home, and Sgt. Soper of the West Jordan PD was working at the police station at the time. Having had experience in SWAT and hostage rescue, Soper decided to assist at the scene.

While at the scene, officers were speaking off and on with Lambrose, who could periodically be seen at an upstairs window. Soper noticed three minor children in a different bedroom window, and Soper and another officer used a ladder to reach the window and try to get the children to exit.

The letter states Lambrose entered the bedroom after Soper had entered, and the officer reported the man had his “gun up”, so Soper moved to put himself between Lambrose and the children because he feared for their safety.

Soper reported Lambrose seemed surprised to see the officer and quickly withdrew from the room. Soper then immediately heard a shot and saw a muzzle flash from Lambrose’s weapon, at which point Soper fired his shotgun because he believed Lambrose was firing at the children. The officer fired a total of four shots immediately.

Investigators later determined that Lambrose had aimed the gun at his own head and pulled the trigger, and that shot caused fatal wounds. The officer’s shots also hit the man, but not until after he had already fired at his own head. The letter notes the wounds were, “nearly simultaneous. Nevertheless, the Medical Examiner concluded that Mr. Lambrose’s shot killed him and determined the cause of Mr. Lambrose’s death was suicide.”

The letter states Soper believed Lambrose was going to harm the children and notes Lambrose’s actions up to that point showed he was unwilling to seek a peaceful solution to the incident. The letter states that Lambrose posed an imminent and unlawful threat of death or serious injury to the children and the officer, and Soper’s use of deadly force was justified because of that.