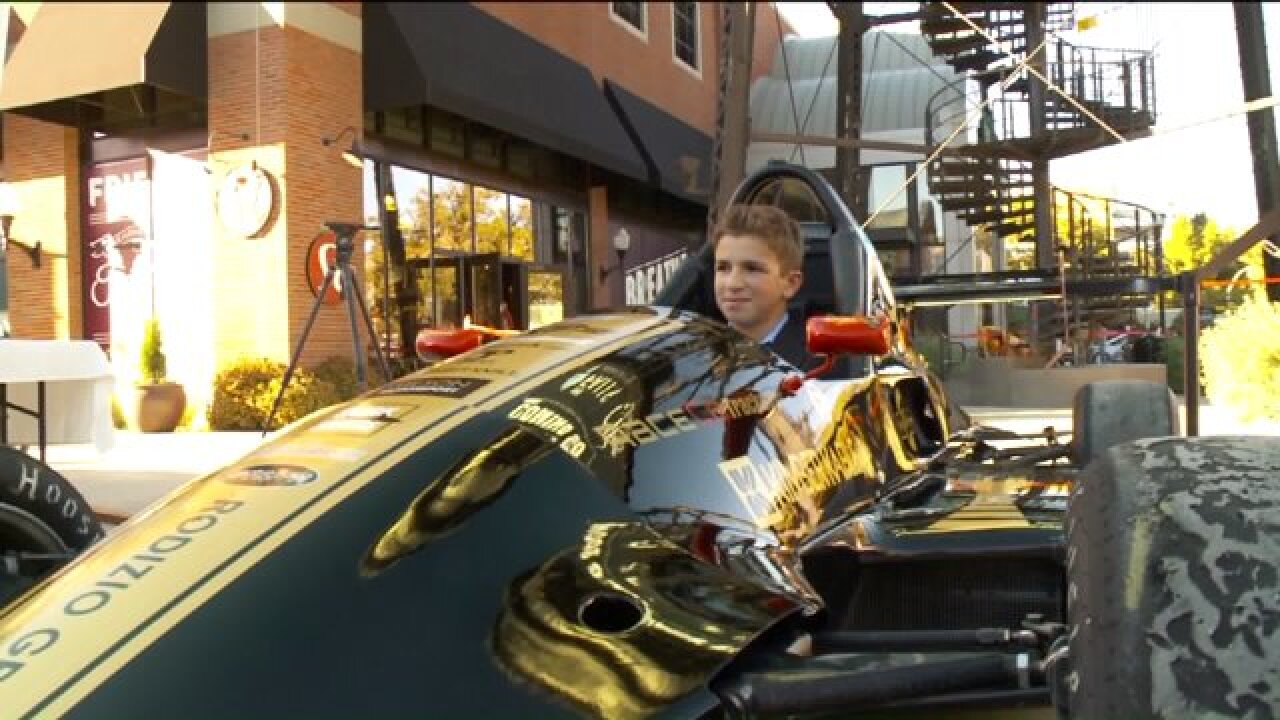 "Everybody says like, ‘oh, my mom will never let me do that.’  Somehow my mom is totally OK with it,” Bruno said.

The effort to support his racing passion has been a family affair for years.

Bruno started racing go-karts at 4 years old. He won 23 of 24 races his first year. Success has grown, along with expenses.

At least four nights a week, he goes door-to-door selling Rodizio Grill gift cards to pay for his passion.

"That's how I've been paying for everything, tires, fuel, gas," said Bruno of the gift card sales.

Years of being trackside have eased her nerves, knowing her 16 year old is going 130 mph.

"He's such a natural and he's always been such a natural, you actually lose the nervousness and really just enjoy watching him," Bruno’s mother said.

His first year driving his new car, Bruno won the NASA Pro Racing Utah Region open-wheel class Championship, making him a rising star in the local racing world, and sending him all the way to China.